There’s no clear path to nirvana. However, there is one guaranteed way
to achieve earthly satisfaction: a really great bowl of curry.

There’s no shortage of Indian food in Korea, but it can be tough to separate the authentic restaurants from the posers. Indian joints are also great repositories for lamb, which isn’t so easy to come by here. Noth’n beats mutton. So break out the sitar and start banging on your table: here’s a list of the best places in Seoul, plus one in Ilsan, where you can load up on some amazing Indian eats.

10 Royal India
Guest submission by Dave Hazzan
The place for excellent and cheap Indian in Ilsan remains Royal India in LaFesta. Check out the fabulous bottomless lunch special, which includes two curries (usually chicken makhni and aloo palak), tandoori drumsticks, vegetable biryani, nan, and salad, for W9000. A similar dinner set with choice of curry costs W20,000. Try it with the fabulous saag ghost, butter chicken, chicken tikka masala or palak paneer. They have beer and wine, but do the right thing and wash it down with soju.
031-816-6692
LaFesta F-207, 761 Janghang-dong, Ilsan-gu, Goyang-si, Gyeonggi-do

9 Ganga
The first thing that will clue you in that Ganga serves a heavily Korean clientele is the bowl of pickles that accompanies your curry. But don’t let that detract from your experience here. As far as Indian food goes, Ganga is a Seoul institution. If you visit their Finance Center branch don’t even imagine getting a table without a reservation during lunch or dinner hours. And unless you’re paying with the company credit card, expect to shell out a bit more cash than you would at other locations. So if you’re like me, you’ll pick the cheapest curry on the menu: dal bukhara (lentil beans in a creamy herb sauce) for W16,000.

8 Namaste
Anyone who’s ever taken a beginner yoga course knows that “namaste” means “welcome” in languages all over the subcontinent. That includes Nepal, which is helpful since this, as well as many other Indian restaurants in Seoul, is run by Nepalese. And if you ever wanted to dress up like a sherpa, there’s an adjacent shop where you can buy all sorts of Nepalese garb. Namaste is very cozy and specializes in southern Indian cuisine, which is a bit spicier and less creamy than northern variations. Lunch Set A: W15,000.

7 Durga
Mention even the mere word “lamb” to a Korean friend and you will likely see a look of disgust. That’s because many locals say lamb “smells bad.” Try to convince them this affront to their olfactory sense might not have the same effect on their taste buds. Take them to Durga where eight different lamb curries appear on the menu. You can also go barbecue. The nan here is fantastic, too – so warm and moist you’ll want to be ensconced in it. Lamb tandoori: W22,000; Plain nan: W2,000.

6 Shanti
So you’re heading out to Hongdae to get your groove on and you need some fuel to get your inner flame burning. Before you hit the dance floor, drop by Shanti for some spicy vindaloo. This has gotta be the stuff that Dhalsim ate to build up his Yoga Fire. You might need to wash that down with a cool mango lassi. Everything here is reasonably priced. That’s good because you’ll need some extra cash for that lonely taxi ride home after last call. Lamb vindaloo: W12,000; mango lassi: W4,000.

5 Himalayan
Climbing to the highest peaks of the Himalayas is a lifelong ambition of many mountaineers. Ascending the three flights of stairs to the Himalayan restaurant is a challenge in its own right, too, but one that doesn’t require an oxygen mask. Once you get up there, you’ll realize your efforts were well worth it. Very rich and creamy Indian and Nepalese dishes as well as delicious nan and other breads. Shar shahi korma (mutton, milk, cashew nuts): W8,000; palak paneer (cottage cheese, spinach, tomato, onion): W8,000; paratha (whole wheat bread): W2000.

4 Taj Palace
There are two things you need before you go to a buffet: a voracious appetite and a loose fitting pair of eat’n pants. Unlike other buffets that subtract in quality what they provide in quantity, Taj Palace’s will not let you down. The staff here say the food is similar to what the kings of India once dined on. I’m no gastronomist, but I doubt the great Mughals stood in line to scoop butter chicken out of aluminum trays. Saturday/Sunday dinner buffet: W17,500.

10 Trendy Brunch Spots In Seoul For Your Inner Foodie

3 Chakra
Ask one of your new age, hippie friends to name you the seven world chakras. Depending on which self-help guru they ascribe to, they’ll run down a list that includes Jerusalem, Mecca, and Delhi. Look at them square in the eyes and say, “the only chakra that I need is in Hannam-dong – now go get a job.” Since this restaurant is located just down the street from the Indian Embassy, you can safely assume this is the real deal. Bring five of your closest friends who won’t run out on the bill and get the group set. Privileged group meal: W100,000.

2 Taj
Lunch break in Korea starts at 12 pm and ends at 1 pm. So arrive at 1:01 pm and you and the statue of Lord Ganesh will have the entire restaurant to yourselves. That will allow you to peacefully enjoy the lunch set, which might be the best deal on Indian food in all of Seoul. That includes two curries, a small salad and a generous helping of nan. At the end of the meal the staff will bring you a small bowl of water. It’s for washing your hands and not meant to be drunk. Trust me, I know. Lunch Set A: W10,000.
taj.co.kr 02-776-3463
B1 YMCA Bldg., 1-3 Myeong-dong 1-ga, Jung-gu, Seoul

1 Om
Jai guru deva om—nothing’s gonna change your world like lamb simmered in herbs and spices. And fortunately, you don’t have to go across the universe to get it. Just to the far end of Samcheong-dong. Bring along your tantric yoga buddy and order the couple’s set. That includes nan, rice, samosa, salad, soup, tandoori chicken, two curries, lassies and a cheese dessert called gulab jamun. This will absolutely fill you up. Though that will make it difficult, if not dangerous, to strike all those Kama Sutra poses later on. Couple’s Set B: W50,000. 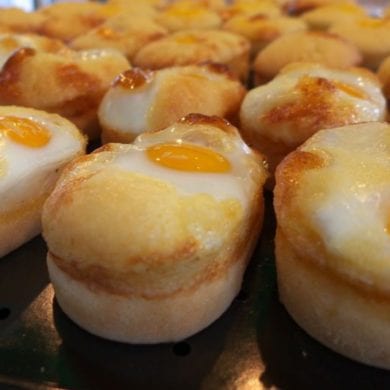