Nagasaki Is The Gateway to Korea’s Past 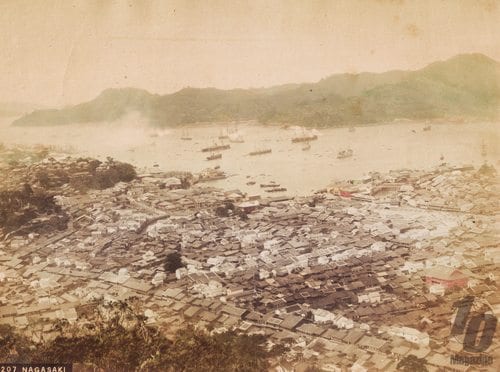 If you really want to learn about early Korean-Western relations, you have got to start by looking at Nagasaki, Japan.

Nagasaki was opened for trade with the West in 1859. The foreign settlements that subsequently were established in that city served springboards for the modernization of Japan, according to historians Brian Burke-Gaffney and Lane R. Earns, who have researched 19th and 20th century Nagasaki.

They claim that during the first years, Nagasaki played an important role in that it was the closest port to China and a stepping stone for the introduction to Japan of everything from second-hand steamships to bowling balls and as a gateway for coal mining, railroads, newspaper publishing, shipbuilding and other technologies. 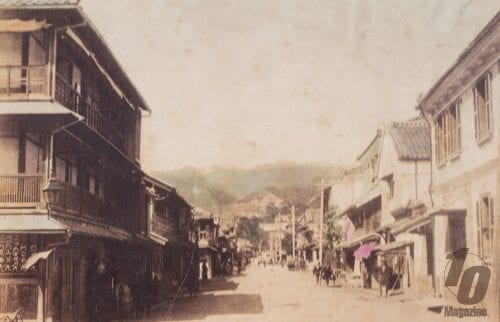 But Nagasaki was much more than just that’ it was also the closest port to Korea and served as the for early Western-Korean relations, both positive and otherwise, and some of Korea’s modernization. To take a commercial example, the first American businessmen in Korea got their start at Nagasaki. The first, Captain George B. Mott, arrived in Korea in the summer of 1883 but died two weeks later from a disease he contracted while in the fledgling port of Chemulpo (modern Incheon).

The other businessman was Captain Charles H. Cooper. Cooper also arrived in the summer of 1883 and managed to establish a fairly successful business before he passed away in December 1889. Both of these men have sensational backgrounds including shipwrecks and murder.

Mott and Cooper were both financed by the American-owned George Lake & Co. which was one of the earliest and largest businesses in Nagasaki. One of Korea’s first steamships was purchased from this company (and subsequently repossessed by it for failure to maintain payments). George Lake also has the dubious honor of being the first American murdered in Korea by a fellow Westerner. The murder took place in Chemulpo in 1898, but few mourned his death because of his sordid past, including incest, abandonment and abuse.

In a round-about-way, Nagasaki may have even saved the Korean throne in 1886. The Chinese government, concerned about King Gojong’s progressive policies and friendly overtures to Russia, sent 150 Chinese soldiers disguised as coolies and merchants to Seoul.

It simultaneously dispatched a large naval force not only to show its power to Korea, but also as a warning to Russia and Japan not to interfere. This fleet sailed first to Korea and then divided one part going to Vladivostok and the other to Nagasaki. The fleet was then supposed to regroup at Chemulpo where pressure could be placed upon the Korean king to adopt the Chinese policies or be forced from his throne.

Fortunately for Korea, while in Nagasaki, hundreds of Chinese sailors became involved in a huge brawl with Japanese police in the brothel district resulting in a number of deaths and arrests. The Chinese, fearful of antagonizing their neighbors, withdrew the threat of force from Korea.