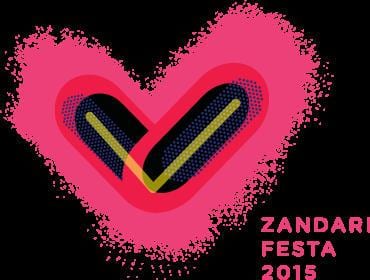 Autumn in Korea is the time when our physical environment undergoes a palpable – and most welcome – shift: the temperature cools, the humidity finally abates, and the foliage begins its transformation to the vibrant hues of the fall season.

Of no less importance is the shift that occurs in the area of human social and cultural endeavour: cooler, drier nights betoken more restful sleep, autumn ambles become so much more pleasant, and music festivals burst forth to offer bountiful aural pleasures!

This is especially so with the upcoming Indie music extravaganza that is this year’s (the 4th) Zandari Festa, the largest Indie music festival in Korea and one that adds even more exotic musical flavour to an already simmering Hongdae indie stew!

The festival, which runs from October 2nd-4th, is the result of some serious hard work by organizer – and prime mover – DalSe and his coterie of eight dedicated staff who cajole, finagle, revise, and tirelessly invigorate to ultimately deliver Korea’s indie music Xanadu.

“It hasn’t been easy putting something like this together over the last four years” DalSe notes, but he wouldn’t have it any other way. The man himself, along with his lieutenant Seung Suh took some time out from their hectic last minute planning to talk to 10 Magazine some insights as the festival is about to kick off.

Given that this is the largest indie festival in Korea, with this year seeing some 267 bands/performers from more than 10 countries playing over one weekend at more than 20 clubs in the Hongik area, it seems to be nothing less than the most daunting of tasks to even begin to get something like this happening – and make it the success it has become!

Obviously it must start with finding (and organizing the performers…), and making sure venues are available; how does this happen? “First of all” DalSe says, “We don’t actively look for or approach potential performers. They actually approach us and indicate their interest in appearing at the festival…Our position is to try to choose who will appear and how to fit them in.”

When asked about the selection process, especially just how many performers can be accommodated, DalSe and Seung explain that they “would love to get as many people in as possible, but that’s not realistic,” especially given the increasing numbers of performers who apply each year.

This year we are sponsoring only one performer (from the UK); all the others are DIY!” They go on to state that “the festival is now very well known world-wide” and “more and more people ask to play each year; this year in fact we’ve had more than 600 performers apply…but that simply isn’t workable right now.”

So, can the festival get too big? “About 300 bands/artists would be the maximum for the near future” says DalSe; “the area is pretty well saturated with venues and people right now, and we would have to make some big changes.” And the venues; how are they chosen? “The clubs are actually paid to present the bands, just like a normal business deal” says Dalse, “although some venues – especially a couple of the rooftop spots like Steelface and West Bridge are band or indie label properties so they get to showcase their music during the festival – kind of ‘win/win’”(laughs…).

When asked what the future portends (given the overwhelming response to the Zandari Festa to date) Dalse explains “ I wanted to bring together bands, performers, and audiences together years ago, and the last four years – while not always easy, have seen that happen.

Our next step is to consider expanding by basically ‘splitting’ the festival into two sections: one will be the usual band-driven format we have now; the other will be to give the bands another level to try for so that they can make it to a concert-style show(case), with bigger, non-club stages and a set ticket system; I think this will encourage the performers to aim even higher and add another dimension to the whole ‘Zandari experience. We certainly have no plans to stop!”

Now that the Zandari Festa is poised to set Hongdae ablaze once more with its customary abundance of definitive Indie music talent, are there any acts (admittedly difficult to really choose considering just how many performers there are…) that attendees should know about?

DalSe and Seung think that as far as international acts go, Tiny Fingers (Israel), The Tea Street Band (UK), and KDMS (Poland) are worth checking out. For Korean bands they recommend Say Sue Mi, Su:m, and Guten Birds. Other performers of note will (or should…) be: Fizzy Blood (from Leeds, England; currently getting serious attention from the UK music press!), and Japanese Alt. rockers Uhnelly from Tokyo.

Be sure to consult your festival programme book (in both English and Korean…) which offers all the info you’ll need to maximize your festival experience… Events like this are stellar opportunities to see what’s going out on in the bid wide world beyond K-pop and should be relished!


It is perhaps appropriate to end this exposition on the Zandari Festa with an interesting snippet regarding the Festival’s name: Zandari (which means ‘Old Bridge’) was apparently the old name for the Hongdae area…How fitting then, that it should find new form and currency as the symbol of a ‘new’ bridge that connects Korea – through Indie music – to the broader world!