Why I Love And Hate K-Pop Music 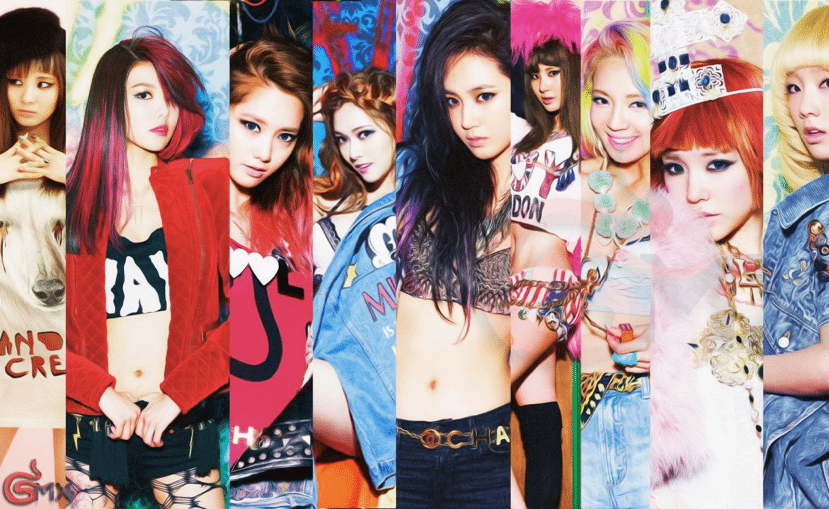 I think it’s safe to make the assumption that there is one thing every single person in the universe has an opinion on, and that’s music. Through heartbreak, joy, depression, ecstasy, love, hate, distress, pleasure, peace or war.

Music has stood the test of time as a unique expression forever remaining in the hearts of mankind. Nietzsche even went as far as proclaiming that “Without music, life would be a mistake.” Which brings me to a music genre which has ignited much debate around the world.

K-pop like a fierce tornado, has swept through and re-defined pop culture placing its footprint globally with K-pop groups such as BTS (방탄소년단), Blackpink and others making a name for themselves internationally. A wave of critics have emerged from all corners labelling it as the death of music, but with its detractors come a legion of fans who love the stars more than life itself. Hate it or love it you cannot deny it’s place in modern pop culture and it’s effect on the younger generation.

It certainly deserves the respect to be looked at closely with a critical eye, as to how it manages to gross billions of dollars and maintain it’s dominance in a culture of high speed internet, fast food and the rising obsession with beauty.

If you had asked me a few years ago what I thought of K-pop I would have responded emphatically, huh.. What’s that? some type of cereal? My taste of music was neatly organized into a rich eclectic library of Jazz, Psychedelic Rock, Kwaito, Soul, Rap, House, Fusion and Classical music.

K-pop was nowhere to be found in my basket of musical jewels. After a few interactions with Koreans in South Africa and Los Angeles I was slowly reeled in like a helpless fish on a fisherman’s hook.

What caught my attention was it’s reproduction of American production values fused with it’s unique sounding language. On the surface it sounds like any Billboard top 50 hit. But when listening closer the obscure language creates a whole new nuance and adds something quite eccentric yet delightful.

The genius of K-pop is how they were able to replicate the successful American and British music model reminiscent of 90’s boy and girl groups. The Backstreet Boys, NSYNC, TLC, Spice Girls are a few that come to mind but I’d be embarrassed to mention any more, before I’m judged on my extensive knowledge of 90’s Pop groups.

The foundation of a great pop song lies in it’s melody, what the Koreans have done really well is take the linear approach of melodies and expand the musicology with harmonics and dramatic changes.

The biggest selling point of K-pop songs are the choruses, what folks in the music industry call the “bread and butter.” K-pop songs are able to create strong build ups which crash to an uplifting crescendo with the use of colourful synthesizers against an army of thumping 808’s. This is what creates that euphoric feeling for it’s listeners almost like a type of drug.

That is how a song like “Gangnam Style” by “Psy” South Korea’s biggest music success, was able to knock up “Warren Buffet” numbers on YouTube.

Don’t ever make the mistake of assuming that it was all a “fluke” these songs are carefully thought out, and crafted for maximum appeal. Creating pop hits is a difficult skill to master, with many hours spent putting the jigsaw pieces together.

The ability to make music that connects with millions of people all over the world is remarkable. Music purists are often caught up in their intellectual world of how music is supposed to sound, what pop music does is borrow from everything and refine it to its basic forms, the simplicity is the difficulty.

One of the things you probably don’t know about K-pop is how incredibly hard these individuals work to get into the industry. It relies heavily on intense choreography and most of the stars have to be young, healthy and strikingly beautiful.

If you only meet the first 2 criteria’s a little help from a trusted surgeon in Seoul can ensure you attain all three. Those are the realities in this world, beauty is the standard. Like a brand new Hyundai vehicle these stars are manufactured through grueling practice sessions and media training which can last years.

The competition is fierce in a saturated market that has been forced to diversify into other global fields and any mistake made is often highly criticized and can lead to the doom of k-pop groups. The music corporations were able to achieve this diversity by recruiting stars from other Asian countries like Japan, China and The Philippines.

This has increased the stakes in a winner take all industry dominated by 3 major labels; SM, YG and JYP Entertainment grossing 488 million USD in sales between them in 2015. It doesn’t take a rocket scientist to see how lucrative K-pop is, New Media platforms have played a massive role in exporting the culture to all parts of the world.

People are often quick to dismiss the genre but after living in Korea for over a year, my perspective has changed a little. There certainly is more to what meets the eye with K-pop.

I was able to really look at it from a unique point of view. Whether watching my female students practicing and obsessing over the choreography of the latest K-pop hit, or seeing males in Seoul with make-up imitating their favourite boy bands who are referred to as “flower boys.”

This term is in reference to the male stars who don’t fit into the typical, tough looking masculine image. It’s what Westerners refer to as “Pretty Boy” or “Metrosexual” men who look twice in the mirror and pay too much attention on their looks. It certainly isn’t hard to see the influence everywhere you go.

The Asian way of life can be demanding towards the individual. The work ethic is high and complaining is just not in the DNA of it’s people even when one is struggling to keep up. K-pop is a cheap drug in this demanding society, it’s an escape from a world of routine and rigour. It offers something bright and illuminating similar to what Walt Disney perfected.

The illusion is the medicine, and that’s why K-pop will keep raking up the numbers. The consensus among it’s devout fans is palpable, “So what if it’s not real, like WWE all that matters is that it makes me feel good.” This was a statement made by a female friend, who is also an English Teacher in Korea. I was trying to address the shallowness within the genre.

The point she was making was that the superficiality shouldn’t matter, it’s only entertainment. My response was, how can something so influential only be seen as entertainment?

K-pop has certainly found it’s place in a world of bright, colourful, and loud distractions. This market is an advertisers dream, it’s very easy to see this while living in Korea. These pop stars are worshipped like Gods. I can’t think of a product that doesn’t use a K-pop celebrity.

Toothpaste, socks, alcohol, water, chicken, underwear, books, even the coffee I drink has the face of a beautiful K-pop girl on it. Makes me wonder if that’s the reason I subconsciously bought that specific brand.

So whatever your stance is, a vehement critic, a loyal fan or even somewhere in between. K-pop can’t be ignored for it’s larger than life personalities, high concept groups with addictive melodies, backbreaking choreography routines and flamboyant fashion trends. I don’t know where I personally stand with it, somedays I enjoy it’s quirky and fun effect and sometimes I really despise it’s superficial mind numbing appeal. But like all things which truly matter, one will always have an opinion.

What is your perspective on K-pop? Leave a comment below!

* You can also check out our article on