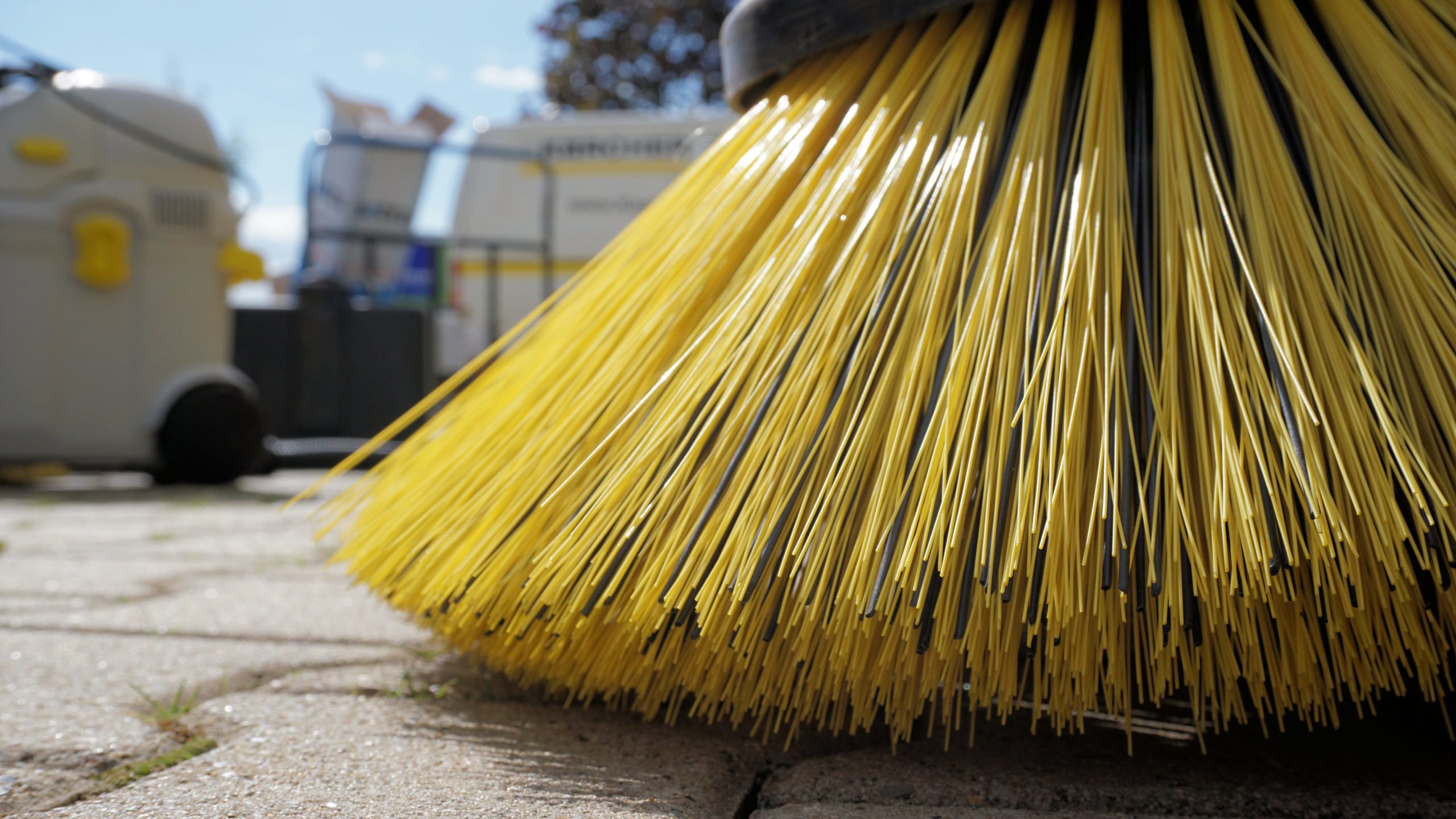 With 80 percent of South Korean high school graduates going to university, most of the high school population focuses on studying for the college entrance exam. In this current economy, however, working as a street cleaner is growing in popularity as a job option for young people — even for those who have college degrees.

Lee Sung-hyung, 22, an employee of the Namdong District Office, Incheon, was the youngest applicant to pass the screening. Lee said, “I wanted to be a street cleaner because it ensures my retirement. I can also contribute to society.” During times of economic hardship, the stable employment and relatively high salary provided by sanitation jobs are enticing students into a life of cleaning streets rather than desk jobs in South Korea.

To obtain one of these increasingly sought-after positions, applicants must first go through a document screening stage. If they pass, candidates take a fitness test consisting of  at least 20 chin-ups, holding a 25-kilogram sandbag for at least four minutes, and a 50-meter sprint while holding a sandbag. Finally, there is an in-person interview.

When Namdong District Office announced job openings in October 2019, there were 110 new applicants for 16 street cleaning positions. With a competitive six to one ratio of applicants to positions, 42 percent of applicants (46) were in their 20s and 30s. Eight of the applicants were women. The annual salary for the job ranges from 45 million to 50 million Korean won ($38,800-$43,100), and jobs include most of the benefits given to civil servants, such as overtime pay, holiday work allowance, and paid leave.

Although sanitation workers are often seen as civil servants, they are semi-public officials managed by local governments. As a government contract job, street cleaners are subject to a maximum workweek of 52 hours and receive pension after reaching the retirement age of 60 years old. There are a few opportunities for promotions, but wages continue to rise until they cap out after 32 years.

With a rapidly aging population along with having the highest rate of eldery poverty in the developed world, South Korea faces problems of a shrinking workforce that is already straining the pension system. In a tough market, it is not surprising that young Koreans compete for government jobs, and, in this case, sanitation work.

Confronted by challenges of a modern developed economy, the youth must adjust to a society where the economic productivity growth is only 2.6 percent, which is slower than the global GDP growth of 3.3 percent. To deal with low fertility rates and decreased productivity, the current government has implemented new policies to promote a greater work-life balance.

In office, President Moon Jae-in brought changes to labor laws, including higher minimum wage, paid public holidays, and 52 hour workweek restrictions. South Korea had one of the longest workweeks in a developed country, in 2016, with people spending 300 more hours at work than in the US on average. While labor standard amendments of Moon’s administration sought to boost consumption and economic growth, its recovery efforts has not been without criticism.

South Korea’s employment rate hit a record high, climbing to a 61 percent last year 2019, shown by a statistics office data. The numbers seem to show an increase in employment, but some question the real strength of recovery in the labor market and its effectiveness in boosting consumption, as actual improvements to employment were masked by the rise of part-time or short-term jobs.

While there was a 20 percent increase in the number of employees working 17 hours or less per week in 2019, there was only a slight rise of 0.5 percent of those working 36 hours or more, a report showed. Although the economy added jobs for seniors 60 or older, there were fewer positions for people aged 30-49. Critics have noted that employment for the core age group and the key retail and manufacturing sectors haven’t gotten better. Economist Justin Jimenez said, “Until employment in those core industries stabilizes, we continue to question the sustainability of the job market recovery and its ability to lift wages and consumption.”

According to the Korea Economic Research Institute, from 2008 to 2018, the number of unemployed youth aged between 15-29 grew by 28 percent in South Korea, reaching the highest in July 2018 with 338,000 young Koreans unemployed. Notably, the unemployment rate among Koreans who have university degrees also hit the highest of 3.7 percent since 1999, when the youth employment rate reached 5 percent.

The Youth: Hopes and Dreams of The Future?

Local governments in South Korea have noted that the change in perception of street cleaners in recent years, along with the high unemployment rate among young adults, has led to the growing interest in sanitation work. While street cleaning has been viewed derogatorily in the past, the younger generation, eager to find work, is drawn to sanitation work for economic stability.

Although the older generation tend to equate hard work with success, the youth find fault in structural and societal issues for hindering social mobility. Work culture in South Korea is often described as hellish by the young people, which was given the name “Hell Joseon” to reflect their skepticism towards finding success within harsh environments in private sector jobs. As South Korea experienced rapid economic development since the Korean War, there were many changes in the country that have allowed the younger generation to live in relative comfort. Hard work must have brought success to some Koreans of the previous generation. However, currently, there are limited opportunities that are available to the youth, and such work environments do not seek to motivate future-oriented hopes and dreams of the youth.