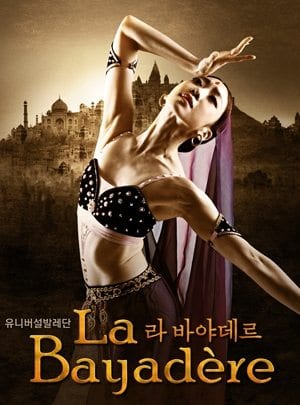 Nikiya and Solor, who have sworn eternal love to one another, are torn apart by the High Brahmin, Rajah Dugmanta, and the jealous Princess Gamzatti. Events lead to a somber Nikiya dancing at the wedding banquet of Solor and Gamzatti. Upon receiving a flower basket, presumably from Solor, an ecstatic Nikiya dances joyfully only to be bitten by a venomous snake hidden amongst the flowers. Upon realizing that the flower basket was from Gamzatti, Nikiya chooses to die rather than live a life without Solor. Later, in an opium-fueled vision, a heartbroken Solor sees Nikiya’s spirit dancing in a starlit nirvana. Will their spirits be reunited?

The plot, though fascinating, is difficult to follow so reading the plot synopsis in advance is recommended. Please note that the mature themes presented in the ballet make it not suitable for children.