Unification, McDonald’s & Trump Tower: The Future of the Two Koreas 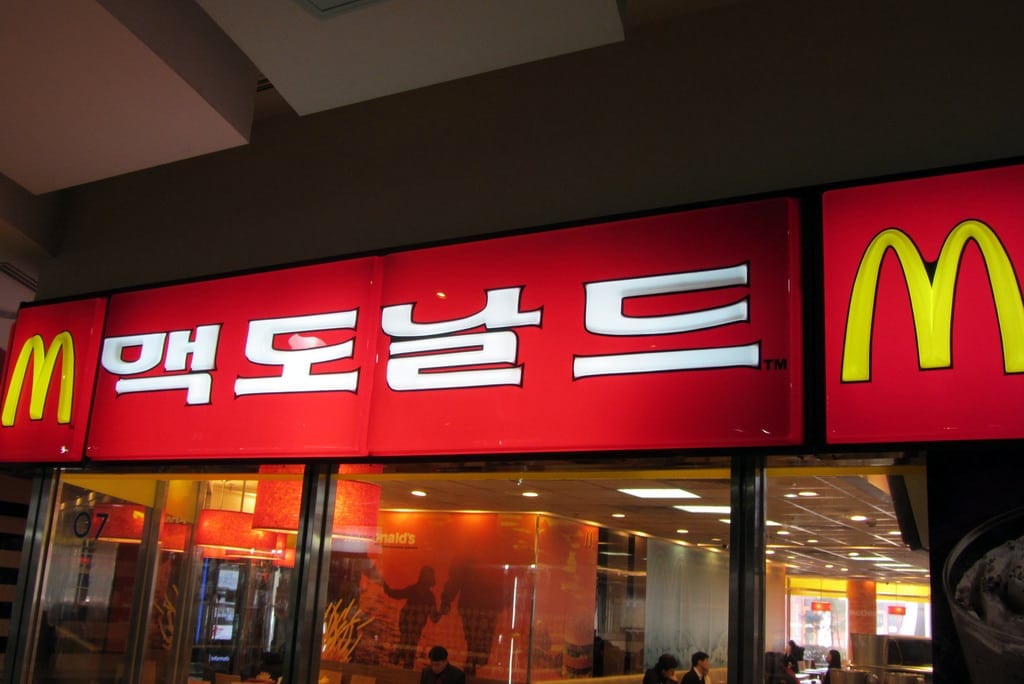 The Korean Peninsula has been an internationally hot topic of discussion over the last few weeks.

On April 27, the first inter-Korean summit in 18 years took place between Kim Jong-un and Moon Jae-in in Panmunjom (판문점), a village in the Joint Security Area of the DMZ. In an unprecedented move, Kim and Moon agreed to sign a peace treaty to officially end the Korean War during the meetings, to the surprise of many in the global community.

On June 12, a US-North Korea summit is planned to take place in Singapore between Donald Trump and Kim Jong-un. The upcoming meeting between the two leaders will be a historic event as it will be the first time a North Korean leader will meet a sitting president of the United States.

Song Young Gil, the chairman of the Presidential Committee on Northern Economic Cooperation, has dealt heavily with inter-Korean relations over the course of his career.

“We are very excited,” Chairman Song told 10 Magazine in an interview about the recent events at his office in Yeouido mid-May. “Finally the leaders of North Korea and South Korea have agreed to the denuclearisation of the Korean peninsula.”

“[North Korea had] only wanted direct talks with the United States in handling the North Korea nuclear issue. But, during the summit between the two Koreas, we successfully agreed on some principles of the denuclearisation of the Korean peninsula.”

Although North and South Korea pledged to sign a peace agreement after the inter-Korean summit, the countries still remain officially at war. The Moon administration hopes that the upcoming summit in Singapore will bring about a peace treaty between the US, North Korea and South Korea, the three parties involved in signing the original armistice in 1953. Besides the expected talks of denuclearisation and an official peace treaty, the three countries are looking into other more creative ways to strengthen trilateral ties.

For the past couple weeks, Korean sources have speculated the possibility of a McDonald’s and Trump Tower in Pyongyang. Last week, major US sources picked up on the story as well.

Shortly after the success of the inter-Korean summit back in April, a North Korean official released a statement that said, “The country welcomes investments from America. We wish to attract McDonald’s and President Trump-affiliated companies. We hope America views us as a normal country.”

It’s no surprise, then, that we were curious to hear what Chairman Song, who is heavily involved in anything North Korea, had to say on the subject.

“It’s a very symbolic landmark,” said Chairman Song of the planned establishments. According to him, foreign direct investments would create a more stable situation in the North and could eliminate some of the security concerns related to denuclearisation. North Korea has pledged to denuclearise and has even begun to dismantle its nuclear test site in Punggye-ri, but this leaves the country in a potentially vulnerable position vis-a-vis the US.

According to the Golden Arches Theory, by Thomas Friedman, “No two countries that both had McDonald’s had fought a war against each other since each got its McDonald’s.” Creating economic ties between the countries, therefore, in the form of McDonald’s and Trump Tower, could potentially ensure peace between the US and North Korea – at least according to Friedman.

Chairman Song believes that economic cooperation between the US, North Korea, and South Korea is the key to successful unification. However, right now, the economies of the two Koreas are too divergent.

“Currently,” said Chairman Song, “the economic level of North Korea is very different from that of South Korea: the [North’s] GDP is about 1/40th [in comparison]. If they can improve the North Korean economy to about 70 – 80% [of that of the South’s], then it will be the proper time to reunify.”

Whilst these plans are still just plans, the establishment of a McDonald’s and Trump Tower in Pyongyang are projects that Chairman Song and the Presidential Committee of Northern Economic Cooperation are passionately working towards. Other economic projects Chairman Song is working on include an energy grid that encompasses North-East Asia, and a railroad from Seoul to Rotterdam, the Netherlands, which would pass through Pyongyang.

If the US-NK summit proves successful, we might be able to hop on a train in Seoul to go eat a Big Mac in Pyongyang in a few years’ time. To know more about these plans, and for more information about Chairman Song, watch the full interview below.