Gangwon: A Trip Back in Time to Mureung Valley

Words and shots  by Sergey Vaynshenk

This valley’s beauty is well-known—but less famous is its history as a place of war and peace. 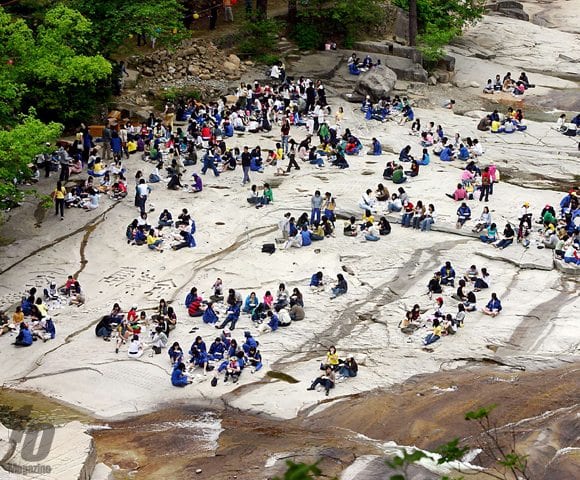 Upon arrival to Mureung Valley (무릉계곡), walking through a short street of vendors and restaurants and passing through the main gate, you will be greeted by what appears to be an ordinary park path. Don’t be fooled, as this is just the beginning of a day of exploration of this historic place on the outskirts of the coastal city of Donghae.

Near the entrance, Samhwa Temple (삼화사) greets you in its thousand-year-old splendor. Founded by the legendary monk Jajang during the Shilla Period, Samhwa was destroyed by the colonial Japanese army in 1907, leaving only the original Buddha and stone pagoda intact. However, the temple was rebuilt soon after its destruction. Currently, the main courtyard is open to the public.

The valley beyond offers several hiking routes. For a stroll, head to the Twin Falls (쌍폭포). For a greater challenge, try a trip to Yonchgu Falls (용추폭포) or Duta Fortress. The fortress was established during the Three Empires Period and was successfully used as a defense point during the Imjin Japanese invasion in the 16th century. Standing on needle rocks and set in steep terrain, the fortress has a broad and nearly uninterrupted panorama of the valley below.

No matter which route you choose to take, the sights that you will encounter are breathtaking in their beauty.  Whether a peaceful temple or an ancient fortress, the relics of Mureung Valley’s past will not disappoint. 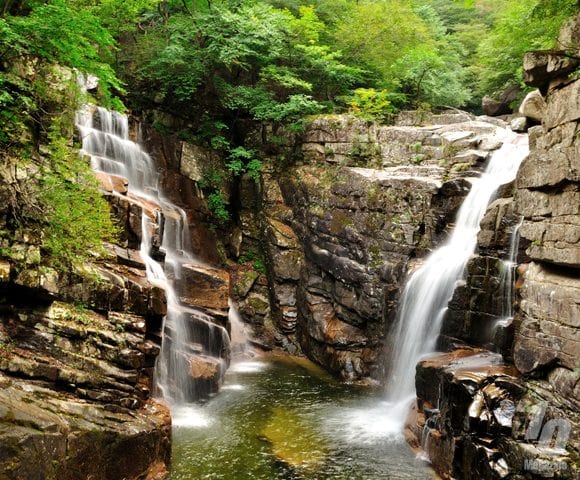 Getting there From the Donghae Bus terminal, cross the street to the Intercity Bus Stop/Terminal and take any number 12 bus to Mureung Valley. The buses operate in 30 minute intervals and the trip to the valley takes approximately 1 hour. Traveling by car from Donghae? Simply follow the brown signs that say Mureung Valley (무릉계곡).
Park hours 9 am – 6 pm (8 pm in summer). Adults W1,500, teens W1,000, children W600. Parking W4,000 – W8,000 per hour.