Things To Keep In Mind When Dating in Korean 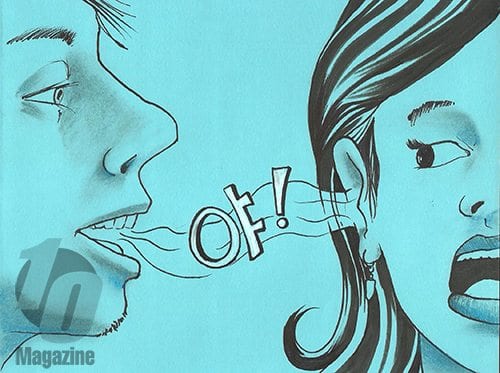 Keeping conversation running smoothly on the first few dates with somebody can be tough enough in your native tongue. Throw in a language you’re trying to get to grips with and that changes grammatically and lexically depending on who you’re talking to, not to mention your relationship with them, and you may easily find yourself sipping on your overpriced iced latte in terrified silence.

Gotta navigate your way through a candlelit dinner in Korean, but don’t want to accidentally insult your date? Follow these tips for second-language success when dating in Korean!

Note: If you are interested in learning Korean, check out 10 Of The Best FREE Korean Learning Apps and How to Say “Hello” in Korean + 11 Key Phrases.

Tips for When Dating in Korean

Start off with the formal-polite form. Not ‘-입니다’, unless you’re like, on a date with the President, but ‘-시다’. I.e.내일 뭐하실거에요? 식사하셨어요? etc etc. Most adult Koreans will use this formal-polite form when meeting another adult for the first time. It’s just common courtesy!

Find Out Their Age

Were you born in the same year? WIN! After a date or two (or maybe a little sooner or later) one of you can comfortably suggest to the other that you both speak in banmal. Are you older than they are? Then they will probably tell you politely to ‘lower’ your speech. If you’re younger, it might be your job to tell them. Regardless of age, after getting to know each other well you’ll probably find that you both slip into informal speech, anyway. If the age gap is great (think five or more years) then the younger of you both may wish to stick to jondaetmal a while longer.

It’s a good idea to just steer clear of any direct translation of the word ‘you’, at least for a while. ‘당신’ nowadays is mainly used in corny adverts, or awkwardly staged television dramas.

Even when speaking banmal, ‘너’ is usually reserved for people of the same birth year or for an older person talking to their dongsaeng. If you’re wanting to make a good impression in jondetmal, stick “씨” onto the end of your date’s first name.

This formality is quite common among older couples dating for the first time. Alternatively, women very commonly refer to an older male date as 오빠 (Interesting note: unlike Oppa, it is much less common for men to refer to a woman they have a romantic attachment to as Noona – but that’s for another column!). The older person will probably just refer to their partner by name, or even 너, after a while.

Although there are rules – so many rules! – it’s also really important to note that nothing is absolutely set in stone. There are couples, especially younger generations, who skip straight to banmal to get on friendly terms right away. There are also couples who use jondetmal for a long time. It really all depends on you both! That having been said – at least in the beginning, it’s better to be safe than sorry.