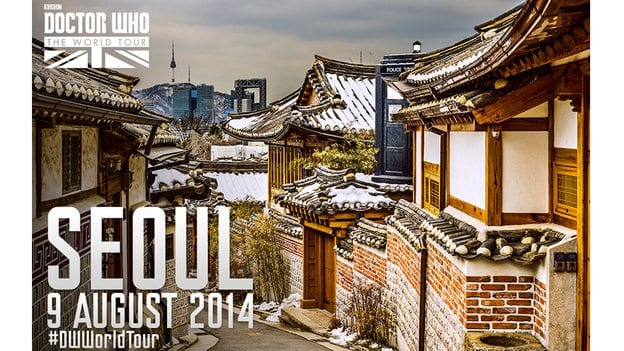 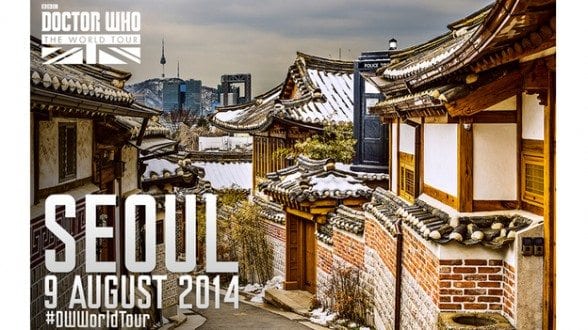 Seoul will be the first stop of the Dr Who World Tour, introducing Peter Capaldi as the new 12th Doctor. With him he has latest companion, “Clara Oswald”, played by Jenna Coleman.

On Saturday, August 9th, fans of the popular Sci Fi TV series will have the opportunity for a sneak peak at the new season’s first episode titled “Deep Breath”, followed by a live Q&A with Capaldi and Coleman. The episode is set to air in the UK on August 23rd.

Capaldi himself has expressed his excitement ahead of the world tour: “It’s fantastic that so many people across the world love Doctor Who. After 8 months solid filming deep in the world of monsters, Jenna and I are thrilled to be heading for the Planet of Fans”.

But don’t wait for Friday to roll around to get your tickets! Dr Who Korea’s twitter account has announced that 100 tickets will be given away to fans through games and competitions prior to the event.

Starting Tuesday 22nd of July, The Tardis is set to appear on different locations throughout Seoul. When found, fans are encouraged to upload pictures of themselves with the Tardis to twitter, using hashtag #TardisinSeoul. The most creative pictures will be awarded with tickets to the event.

Find more information on the event and get realtime updates on competitions from Dr Who Korea on twitter @doctorwho_kor. 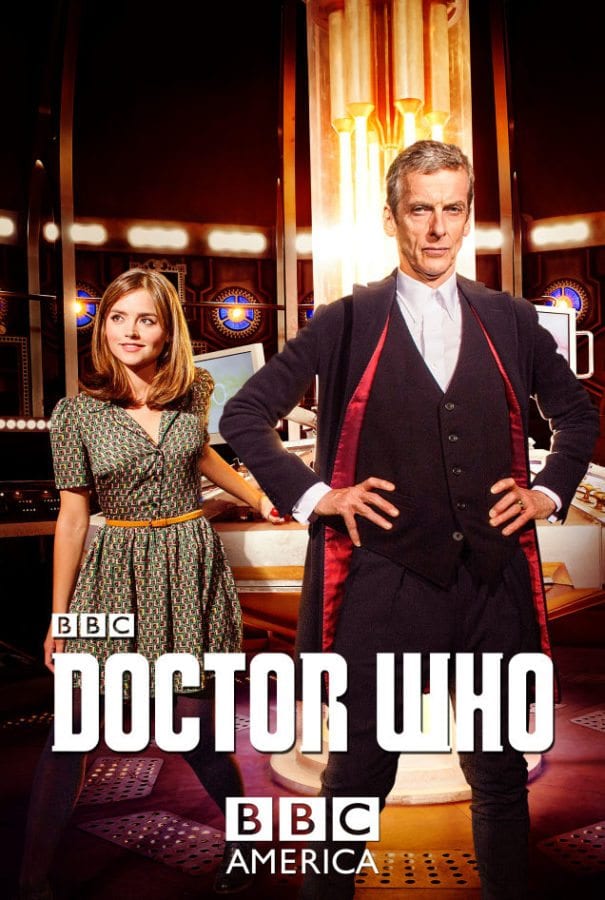