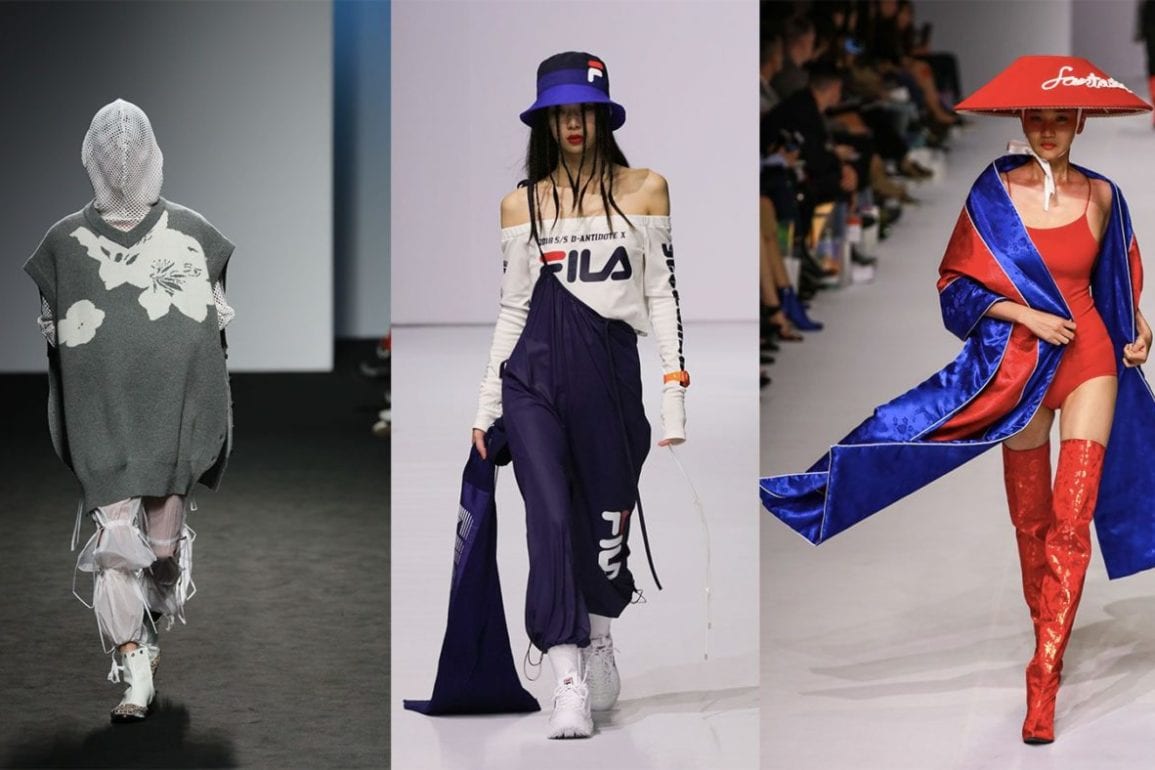 Fashion week came once again to the DDP where designers showcased their art-like wear. Seoul Fashion Week becomes the epitome of understanding, viewing, and discovering the newest fashion trends for the upcoming season. Although one may think fashion week is purely about the clothing, there are strong underlying themes that take hold of the fashion displayed.

During the 5-day course of shows, a theme of a genderless generation arose. Much of the fashion showcased was considered unisex or reversed the roles of what society considers proper wear. Although some designers still focused solely on male or female designs, looser fitting dresses, bulked shoulder pads, and silky cloth covered both genders throughout the shows.

The designer of Blindness, Kyu-Young Shin, showcased this concept in a very literal sense. Kyu-Young Shin artfully dressed his models in long flowing designs that hid body features. He uniquely concealed their faces with masks adorned in pearls and cursive scripture.

Some of the models were wearing shirts graphically printed with “Blind Gender Roles” which drove home the full experience of the show.

Designer, Choonho Yoon of YCH decided to contrast cultural ties of Korean traditional fashion with wearable, modern looks. Starting the show with deep red lighting, and a display of models in rickshaws. Throughout the show models were wearing variations of traditional Bangrip and Ghat hats, with high heels.

The designer decorated their feet with variations of Jipsin, traditional Korean sandals. The very concept brings to light Korean culture in a new modern way. YCH pulled the best of traditional Korean history and Modern culture to create a breathtaking show.

Seoul is famous for its street fashion, especially during fashion week. Although fashion week is to showcase the designers, it has drawn the attention of upcoming photographers and models trying to get their name out to the public.

Designer, Hwan-Sung Park, of D-Antidote in collaboration with Fila, captured the essence of youth street culture in their show. D-Antidote balances the best of London fashion with the best of Seoul fashion, which birthed its slogan, “SeoulLondon”, and its show concept, “cool kids on the block”. Balanced with beautiful silhouettes, Park brings contemporary fashion to the streets. This young brand’s unique style and kick it brings to the runway certainly gained a lot of attention last week.

Written and Photographed by Izzy Schreiber.