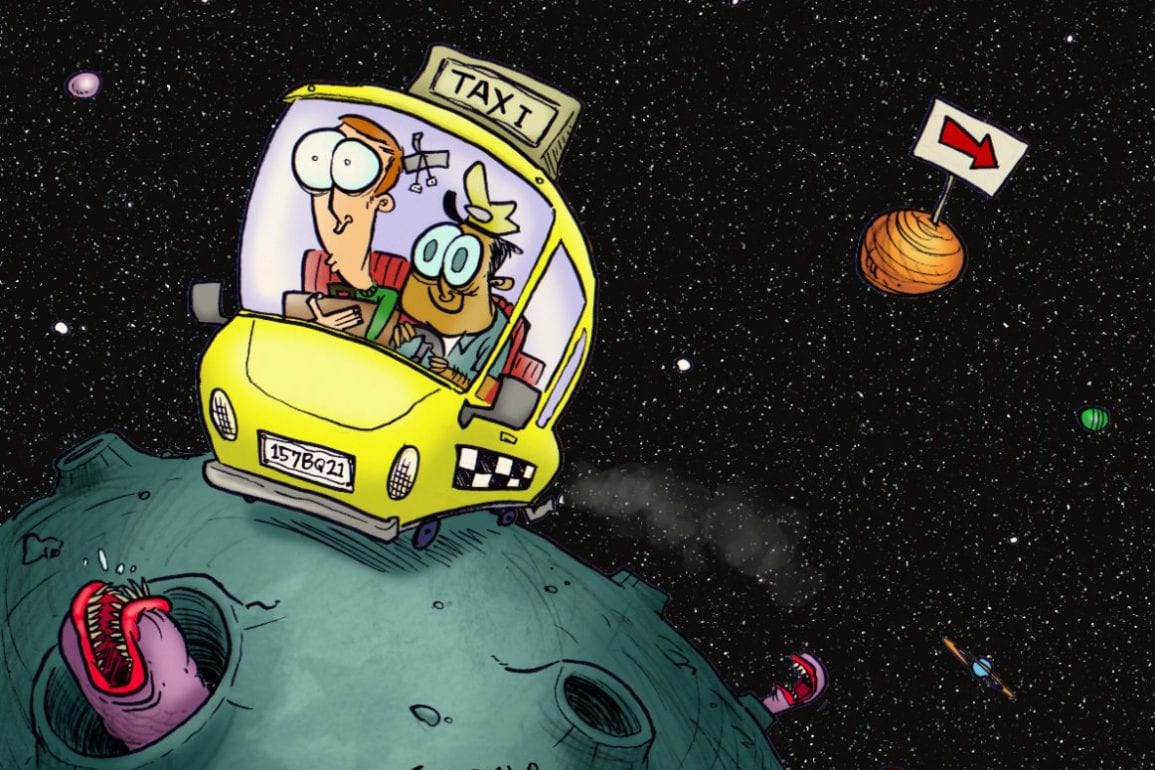 I accomplished all I’d hoped my first weekend in the Philippines. I ventured to the cratered World War II battlefield of Corregidor Island. I hired an outrigger boat to the active volcano emerging from Taal Lake to hike to the bubbling, sulfurous cauldron within. I hitched rides in jeepneys – flamboyantly painted World War II jeeps fit for a mariachi band – and exhaust belching habal-habals – small motorbikes with sidecars haphazardly affixed to them. To the dismay of all present, I sang karaoke to a bar full of strangers. The copious San Miguel beers enjoyed on ice, as the locals do, were outnumbered only by the offers of prostitution I repeatedly declined. My most memorable experience, however, was my journey to the airport to catch my flight home.

After several hours in Malate attempting to personally deplete a 24-hour beer tent’s supply of San Miguel Red Horse, I hailed a taxi and requested the international terminal. I should have known I needed to be more specific than that. I was dropped off at Terminal 1, one of many international terminals at Manila’s Ninoy Aquino International Airport. Upon arriving, I was told that the correct terminal, Terminal 4, was seven kilometers away with no shuttle service. I had to take another taxi. The next driver dutifully informed me that I was in an airport taxi. In my boozy haze this sounded about right – I was, after all, transferring between terminals. It wasn’t long though before I noticed the meter charging roughly ten times the rate of my previous taxi. I also became acutely aware that we were travelling through a dark and desolate neighborhood with no sign of an airport terminal anywhere nearby. Upon asking about the exorbitant rate the driver responded, “I’m a yellow airport taxi, the other taxis are orange.”

I was upset. I demanded the driver pull over so I could flag a different taxi. He obliged, stopping on the shoulder of a traffic-free, unlit, menacing looking road. He inquired where I expected to find another taxi in such a neighborhood. I had no idea, but my priority still was to get the hell out and try. It was then that I realized both rear doors were locked with no means for me to unlock them. I panicked. Brandishing my beer muscles, I began to berate the driver, insisting that he leave me on this deserted street to fend for myself. I was furious, desperate, and pretty drunk. Unexpectedly, he began driving again and we eventually arrived at Terminal 4. I paid him all my remaining Philippine Pesos, several hundred less than what the meter demanded, and hurried into the terminal, relieved that my terminal transfer from hell was over.

But it wasn’t! I was at the wrong terminal again!

I was flabbergasted. I tried to blame Air Asia, but to no avail. They politely indicated on my e-ticket where it specified that all their flights, with one lone exception, departed from Terminal 4. My flight, departing from Terminal 3, was that lone exception. I had no choice but to return to the mean streets of Manila and catch yet another taxi, preferably an orange one this go-around. I recounted my ordeal to my third driver, a ball cap-wearing Filipino of about 60. He was very jovial about the entire mess and set me at ease: “Har, har, har, only in the Philippines, 5 terminals all over town. Har, har, har, only in the Philippines.” Upon finally arriving at the correct terminal, lacking pesos, I paid him with the American money I stashed for such an unforeseen occasion as this. I handed over my lowest denomination ‒ a twenty ‒ well above the modest orange taxi fare. The non-existent change was of no concern; after all of this drunken foolery, I was going to catch my flight home.