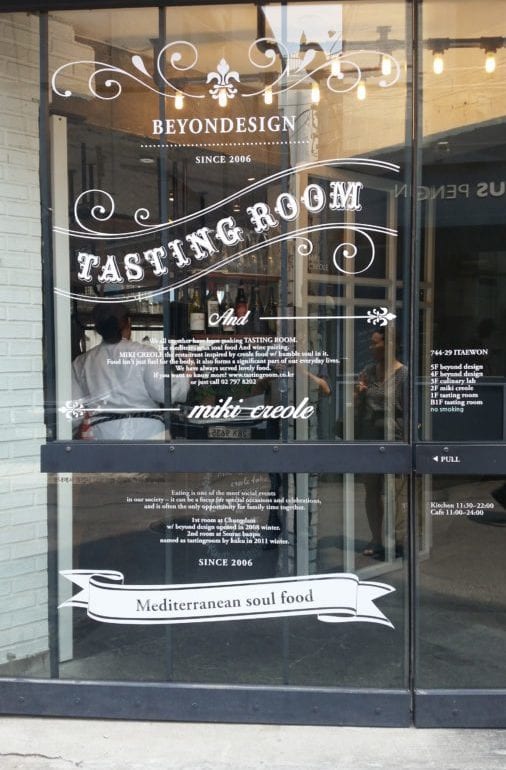 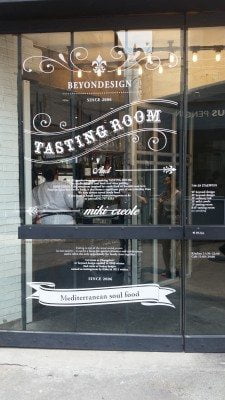 The Cultural Relevance of Taste

This month’s restaurant review brought into focus one of those quirky Korean realities for me. Women in this country absolutely love high-priced restaurants with fancy interiors playing melodic jazz piano in the background. The quality and taste of the food, it seems, is not so important.

“Tasting Room” has been on my radar for a while as I’ve been noticing the lineup for over a year. Originally for wine bars, this name has become trendy worldwide for restaurants too and the team that jumped on it here is a couple that are designers by trade and restaurateurs for their second career. The designer influence is obvious. Avoiding the gaudiness of older, upscale restaurants, they have gone with a simple natural wood and cement decor that is striking yet comfortable. The entryway boasts a little walkway whereby you can see down into the basement floor. They’ve given up extensive floor space on the 1st floor to add this unique bridge, and it pays off by sending tons of natural light into the basement avoiding that dungeon feel that some basements have – hence customers are happy to be seated there.

Tasting Room during lunch is always packed, which is unique for a Hannam-dong location. On the day we there were dozens of customers, at least 80% of which were Korean women. The staff was busy to the point of being almost terse; you won’t see a ton of smiles, but they’re polite enough. Once seated you get your menu consisting of white A4 sheets of paper on a wooden clipboard. You get a second menu on another clip board as well which is for “Miki Creole”.

“Is it another restaurant?” I ask in Korean.

“It’s just another option and they’re run together in the same kitchen.”

With separate menus and titles at the top of the menu? Confusing, but okay.

They have conveniently put stars next to their recommended dishes, making deciding simple. We went for the stars with Green Monster Flatbread (W21,900) and and Bolognese Lasagna (W26,400) next to them.  The first was described as “Belgian bacon and spinach piled high on flat bread” while the second was ‘bechamel sauce with ragu, hand-mixed bolognese lasagna” (my translations of the Korean). I appreciated that they paced the order of the food and served the fresh spinach first and then the lasagna well after we had finished it. 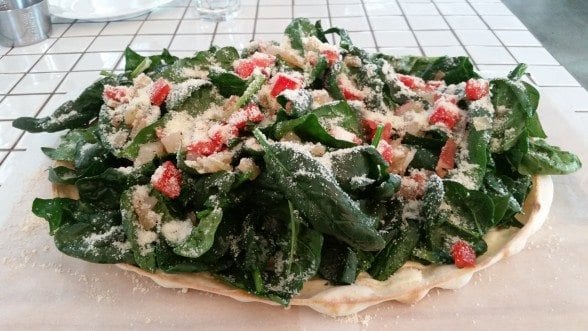 The flatbread is piled as high as possible with fresh spinach, making it more like a spinach salad served on top of dressing-drizzled bread. The bread was not baked fresh, so it was a tender consistency that allowed you to fold it into a sandwich. Just when I thought they had forgotten the bacon, I did run across a piece or two. It continued to be a rare find, and I’m now suspicious of Belgian bacon, as I find it no different from Korean bacon. It was sprinkled heavily with Kraft parmesan cheese, and had some pan-fried tomatoes and onions too. All in all, edible but relatively disappointing when you consider the price is over W20k.

I wish I had paid more attention to the description before I ordered the lasagna. I assumed that something called “bolognese lasagna” would be baked. They are under the impression that using lasagna noodles qualifies it as a lasagna. Broken flat noodles were tossed with a spicy meat sauce and ample mozzarella cheese. There were three dollops of bechamel sauce on top of the generous helping of pasta. Why? It’s the baking together in layers of the bechamel and the Bolognese sauce that makes it flavorful. Separating them ensures that the bechamel doesn’t add much to the dish except calories. (Bechamel sauce is made from butter, flour and seasoning by the way.) My dining companion said the bechamel itself was “flavorless” and I wondered if they had seasoned it myself. Honestly, if they had just given it a more representative name and forgone the bechamel though, it would have been a tasty spicy beef sauce pasta. 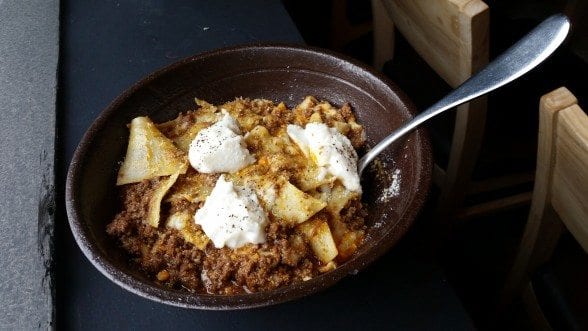 I think the Korean reviewer (male) on Trip Advisor put it best when he said, “이탈리안 퓨전 요리라 해야하나?” (Do you really have to make Italian fusion?)

Would I go back again? Maybe. The place is beautiful. I’ll stick to coffee though.