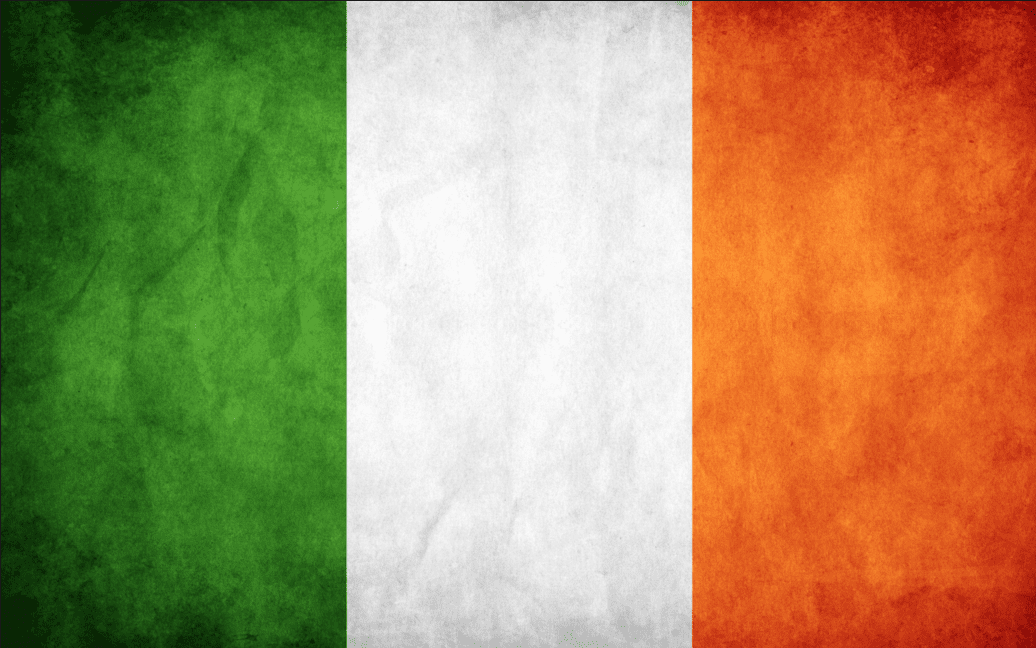 Get your finest green t-shirts ready because it’s almost time for St Patrick’s Day Seoul 2016! Haven’t decided where to party yet? Don’t worry, we’ve got you covered. There’s plenty of green and guinness, shamrocks and shots, dining and dancing, and of course traditional irish music to celebrate the Emerald Isle’s patron saint with.

Craic, Ceoil agus Cairdeas! That means “great fun, music and friendship,” in Irish, and frankly, what else do you need? It’s also the theme of this year’s St Patrick’s Day celebrations run by the Irish Association of Korea. Visitors can look forward to plenty of Irish dancing, Irish traditional music and audience participation. Festivities kick off around 1pm and run through until 6pm at Daeseong’s D-Cube City plaza, Sindorim. Check out the Facebook page and join the Irish Association of Korea for a day if rich culture and Celtic history.

Craftworks Taphouse will see their St Patrick’s Day celebration span nearly a full week with a special menu and beers kicking off Wednesday March 16 through to the following Tuesday, March 22. Also on St. Patrick’s Day, green Craftworks beers will be available.

St Patrick’s Day coincides with Thursday wing night this year at Phillies! There will be plenty of drink specials on offer that are set to carry over to Friday as well.

March 17 – 19
From March 17 to 19, 3 Alley Seoul is offering up drink specials on Black Velvet, Jameson shots, Baileys, Coffee Liqueur, Kilkenny, Magners and Guinness. They will also serve fish and chips for W14,000, and Irish Beef Guinness Stew for W12,000. 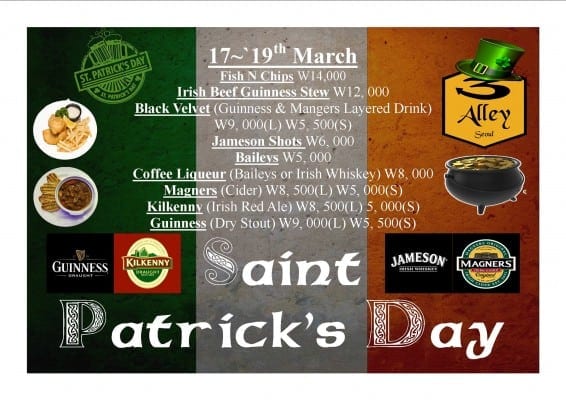 The Wolfhound Pub will celebrate St. Patrick’s Day on both Thursday and Saturday. But, you might want to take note that the actual party will start on Saturday, March 19 with green beer, live music, drink specials and dance floor.

Rocky Mountain Tavern is hosting their annual Official St Patrick’s Day Seoul 2016 After-party with live Irish music, Irish cider, Guinness pints for W4,500, and Magners for W3,500. The party is a fundraiser for future Irish Association of Korea festivals with an entrance fee of W10,000. Check out the Facebook event page for more details. 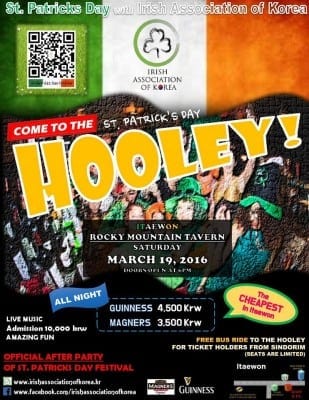 Learn to drink like an Irishman at  Shenanigans where they’ll be celebrating All Things Green this on both Thursday and Saturday with shot specials for W4,000, as well as Long Island Ice Teas and Irish Dustbins for W7,000.

Maloney’s is celebrating St. Patrick’s Day for three days with 2 for 1 Jameson shots, green beer for W4,000, free green Jello-O shots, live music and a chance to win a bottle of Jameson for whoever wears the most green.  The pub will serve a different food special for each day:  Look forward to corned beef and cabbage on the first day. Followed by a hearty lamb stew with mashed potatoes, and finishing with a delicious Shepherd’s Pie.

The Workshop will be kicking off festivities on Thursday, carrying through until Sunday this St Patrick’s day weekend. Saturday will see the biggest party day with promotions and giveaways galore. There will be live bands as well as food and drink specials throughout the weekend including W6,000 Jameson Doubles and W5,000 Baby Guinness Shooters.

What better way to celebrate the patron saint of ireland than with Irish whiskey? Head to Club Freebird on March 18 for Jameson St. Patrick’s Day Live Seoul 2016. The night will include live bands, galaxy Express, Dead Buttons, and Goonam, as well as DJ’s June-One (Glen Check) and Akimbo (Discotropic). Tickets cost W20,000 for presale, or W30,000 at the door. The ticket price also covers 4 free cocktails and all entrants will go in the draw to win a custom Jameson bicycle, handmade here in Seoul! 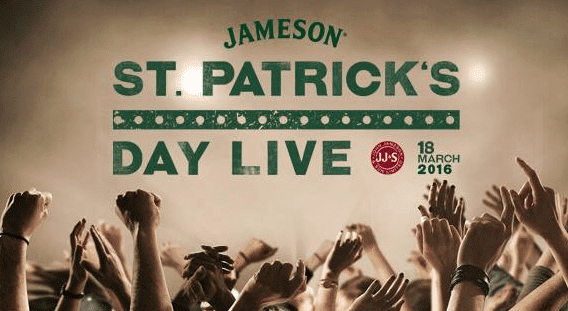 Head along to Pet Sounds’ St Patrick’s Day celebrations kicking off on the the 16th of March and running through until Sunday the 20th. Jameson Shots are just W3,000, and Guinness Pint come with a Free Irish Car Bomb Shot! 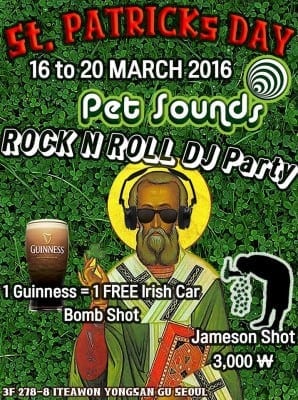