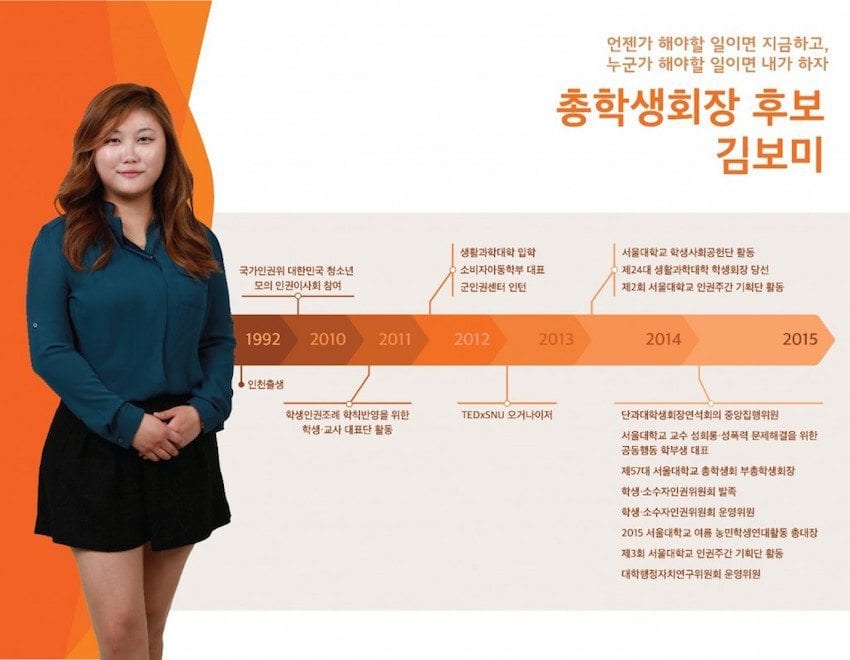 “I want SNU to be a place where its members can be positive and confident of who they are, so I am telling you now that I am a lesbian,” She said.

Kim is Korea’s first openly gay student body president and was elected with 86.8 percent of voter approval after running unopposed for the position. The election saw a higher than usual turn out of voters compared with previous years. The student body’s rules state that at least 50% turn out is required for a vote to be valid, otherwise polling time will be extended. When polls posed at 6pm, the voting rate was tallied at 53.5 percent, and was the first time in 18 years the polling time was not extended. It was also the first election in five years that concluded without a revote.