What They Plastered On The Subway Door Window 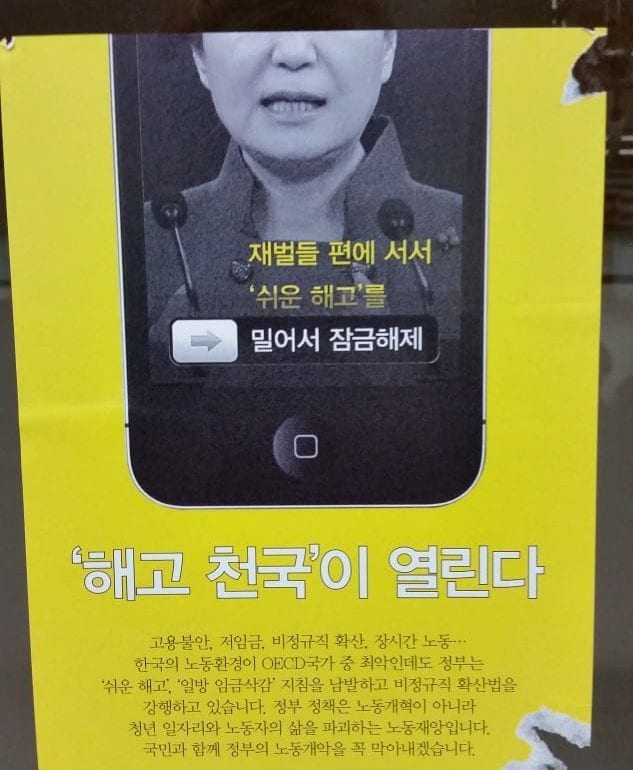 Notice a yellow subway poster attached on each door of subway trains in Seoul today? Unless they hired a new cleaning staff today, you will notice them on the way home. They were made by the South Korean transportation workers’ unions opposing the labor reform bills the Blue House and the ruling Saenuri Party have proposed.

The poster includes a cut-off image of a smartphone with the lock screen of President Park Geun-hye’s face and says “Park is pushing through bills for the chaebol (conglomerates).” It also points out South Korea has one of the most challenging work environments among the OECD countries. 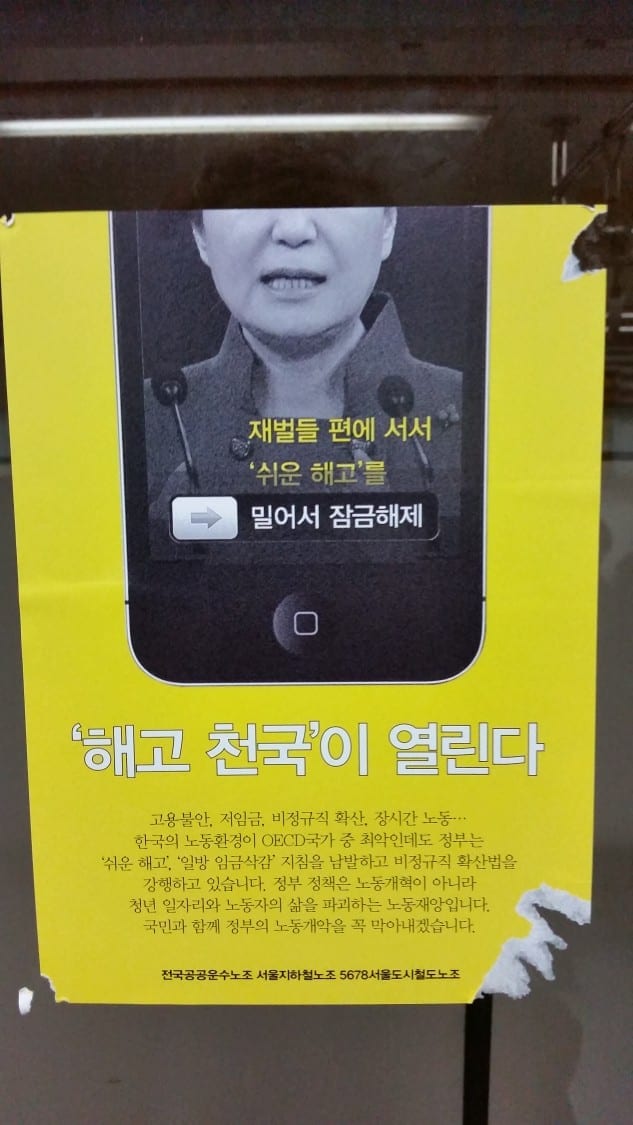 The Translated Text of the Protest Subway Posters

“The Door of the “Layoff Heaven” Has Opened.

Low incomes, an increasing number of non-regular employees*, the longest work-hours… Even though Korea’s work environment is the worst among the OECD countries, Seoul has continuously proposed policies such as “easy layoffs” and “unilateral pay cuts,” and forced bills that increase the number of non-regular employees*. Those bills do not reform Korea’s labor market but rather destroy the lives of laborers and take away job opportunities from youth. We will definitely prevent this labor disaster.

*”Non-regular” (비정규직) employees are workers who are relatively easily dismissed from a postion. “Regular” (정규직) employees have a much stronger legal status, and typically need multiple terrible performance reviews to be dismissed.

Reasons for the Korean Labor Protests

The National Assembly on Thursday passed a contentious bill, the “one-shot bill” which eases legal regulations on corporations and provides tax cuts. Voting on four labor reform bills has been pushed back to a later session this month, as they still drew strong opposition from the Minjoo Party and labor unions.