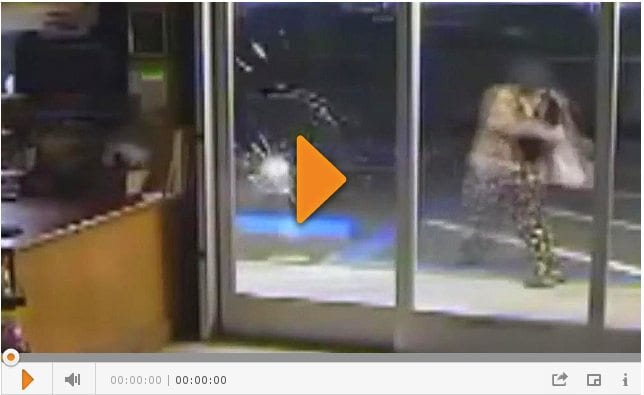 SBS News did a profile on American crimes gone wrong for their report from the US last night, and we just had to share it with you. The overt reason for the report was to profile the fact that the use of burglar-proof windows and doors is on the rise, but the resulting videos are just hilarity in motion.

You’ll enjoy the first one, where the would-be crook cases the crime scene with the pantyhose wrapped around his forehead before deciding to have a go. The second one is just as entertaining, but the third one will result in raucous laughter so don’t watch this if you’re in the library. The English interview you hear in the middle is from a man whose wife walked in on a would-be crook who had fallen asleep in their bed. Enjoy!

Definitely some Darwin Awards candidates in this one.