Sometimes you fall down the internet rabbit hole, and sometimes that rabbit hole takes you in some dark, wonderful directions… like surfing gourmet ramen noodle tutorials on YouTube (ramyeon, to Koreans). Now of course, there are tons of books on this topic (and even an app or two), but some of us like to see the magic in action. To that end, I offer you six of the best “gourmet” ramen noodle recipes from the Youtube Universe that are actually worth a go… if you can handle the idea.

What a way to start! In this video, The Chawman Channel on Youtube schools us on the wonders of Ramen Noodle French Toast, cinnamon style! Realistically, this doesn’t require any more or less maintenance than regular French toast. It does have a crunchy twist, though! After dipping your crusty bread into the egg, in this case you coat it with a crumb mixture that includes cinnamon and crushed ramen! The added texture may not be to the liking of all French toast aficionados, but it gives you a little added Asian breakfast flare without going so far as eating soup and rice. If you’d prefer another ramen-fueled breakfast fix, however, you can also search for any of the plethora of ramen omelet recipes on YouTube, such as these easy, customizable instructions from user Lucy Qian.

Yep, this is a weird one, but it also works oddly well. Here, Youtube user “Barrio Kitchen” instructs us on how to make a “Ghetto Tamale” using ramen, Doritos, some smashing action, and a quick newspaper wrap. With a little hot water and double the standard three minutes, the concoction melds into a solid(ish), starchy masterpiece. It may not be glamorous, but it works well enough, and would be an easy twist for campsite ramen snacking. Like regular tamales, you’re also open for plenty of customization.

Oh dear. This might be one of the most blasphemous (but also most prevalent) “gourmet” ramen hacks on Youtube. The fellows at SORTED Food have a pretty classy version, though, delivered up with plenty of wit. In their take on the recipe, flattened, fried ramen noodles substitute for the buns, while the spice and vegetable packets give a twist of flavor inside of the meat patties. While customizable to your taste, these chefs recommend perfecting the recipe with bok choy or a similar green, a fried egg, and, of course, sliced cheese.

Here’s something snacky you can do if you’re looking to get rid of one of those massive multipacks of ramen: salads. Yeah, I know what you’re thinking – nothing as unhealthy and sodium-laden as instant ramen should ever be given the health-tinged label of “salad.” But there ARE ways. For instance, the folks at The Savory offer this great version of a Crunchy Ramen Salad on their YouTube Channel, calling for chives, almonds, coleslaw mix, sesame oil and seeds, and honey/vinegar to add to the dry noodles. They call it a 3-minute salad, though that might be underestimating; still, there isn’t much to be done for this recipe except some smashing and mixing. Check it out! Some other great salads floating around on YouTube include a delicious Cold Ramen Noodle Peanut Salad, also from the Savory, and a simple appetizer idea for Antipasto Salad from Rada Cutlery.

5. Ramen for Chocolate Lovers and Other Noodle-y Desserts 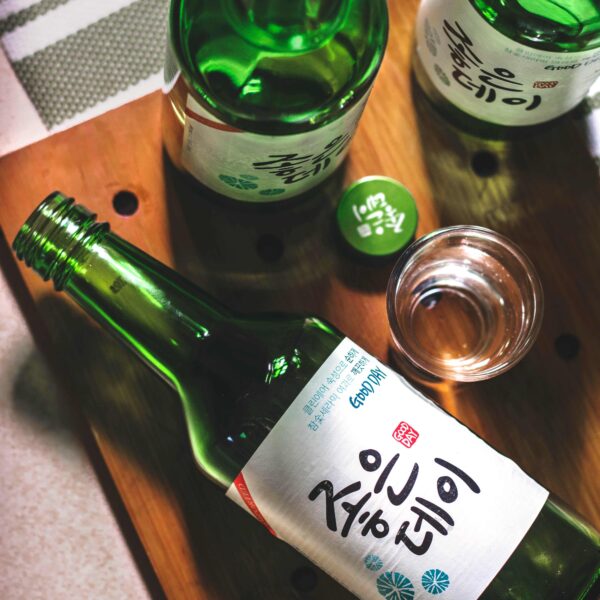 Yes, ramen. And chocolate. Yes, it’s wrong, and yet so, so right? In this video, user Victorious Heart gives an easy option for making a warm, chocolate-based ramen using brown sugar, vanilla, and chocolate chips or syrup. While she doesn’t quite sell it in her reaction in the video, this recipe is great in that it’s basically a simplified version of any novelty chocolate pasta you might have tried. But if hot noodles in chocolate sauce don’t quite do it for you, dessert-wise, there are other ramen-y options out there. YoYoMax12 offers one of the best, no-bake Rocky Road Ramen Cookies (the crunchy, peanut-butter marshmallow food of the ghetto gods, no doubt!), or try your hand at perfecting this rather sloppy (yet tasty) suggestion for Caramel Ramen-on-a-stick.

And why not?  If you’re not so comfortable with gourmet dishes using ramen as the core component, perhaps you can get on board with the noodles as a coating or crust. This does seem more natural. An insane amount of recipe demonstrations on Youtube instruct on ways to use the noodles to crunch-ify your meats and snacks, but one of the best ideas is probably this Ramen-Crusted Chicken Wing recipe from POPSUGAR Food. It’s got everything… from having the ramen spice mixed into the batter to the inclusion of vodka to the suggestion of delicious, delicious Sriracha sauce as a dip base. Alternately, try ramen as a coating for tilapia or as a component of crunchy salmon patties. And don’t be afraid to go further! If it has a coating, why not make that a coating of crunchy instant noodles?

And there you have it. Hack your ramen, pimp your noodles, stick it to your stovetop… but be careful. Things CAN get out of hand. Points in case: it’s apparently a trend to add flan or pudding into your cup noodles (shudder) in Taiwan, and someone on the internet though it would be a good idea to make ramen noodle snow cones (unsurprising spoiler:  IT’S NOT). Don’t fall this far. But DO open yourself up to the possibilities. Regular three-minute ramen noodles might be the easiest, but a few more ingredients and minutes can make your eats exponentially more glam.

Have any other noodle hacks? Feel free to share in the comments, or let us know how these ideas worked for you!