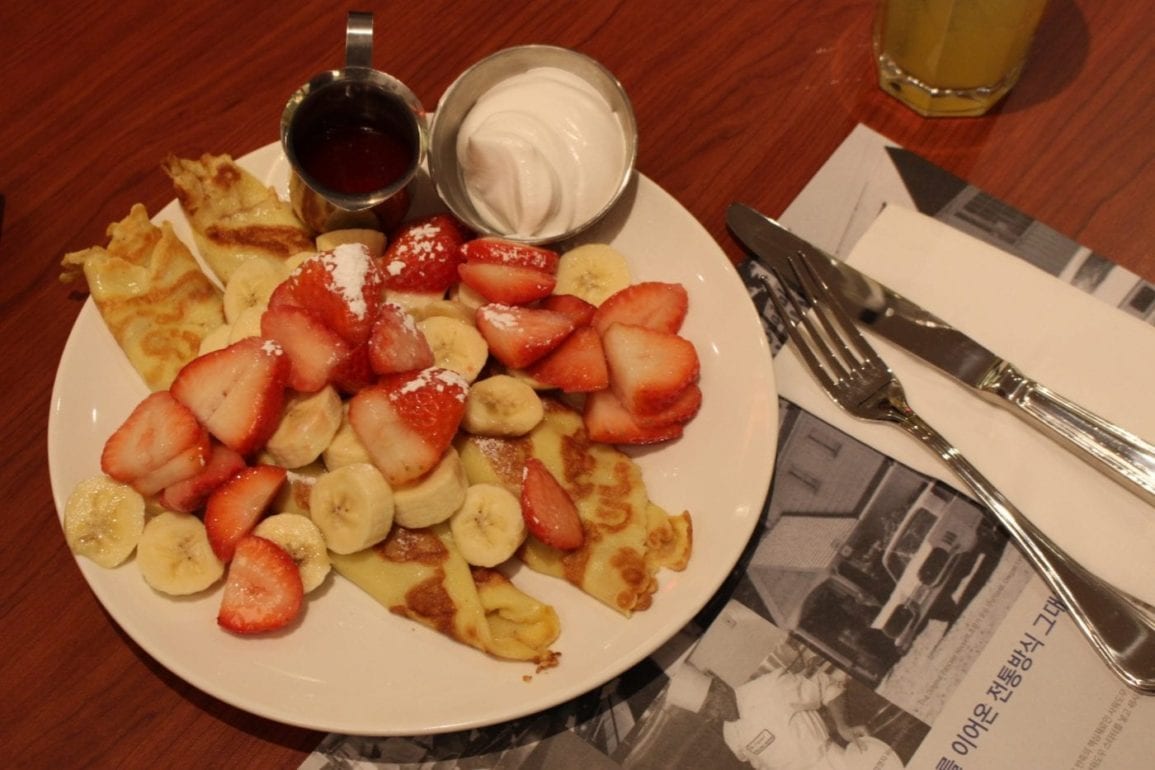 The arrival of The Original Pancake House in Itaewon has instigated quite a buzz in Seoul’s expat community. Accordingly, our pending visit to the new American-style eatery was met with a crescendo of anticipation amongst my group of international and local friends in the days leading up to our date. The booth-style seating and 1950’s inspired decor certainly set the scene and peaked our hopes for an authentic American diner experience. 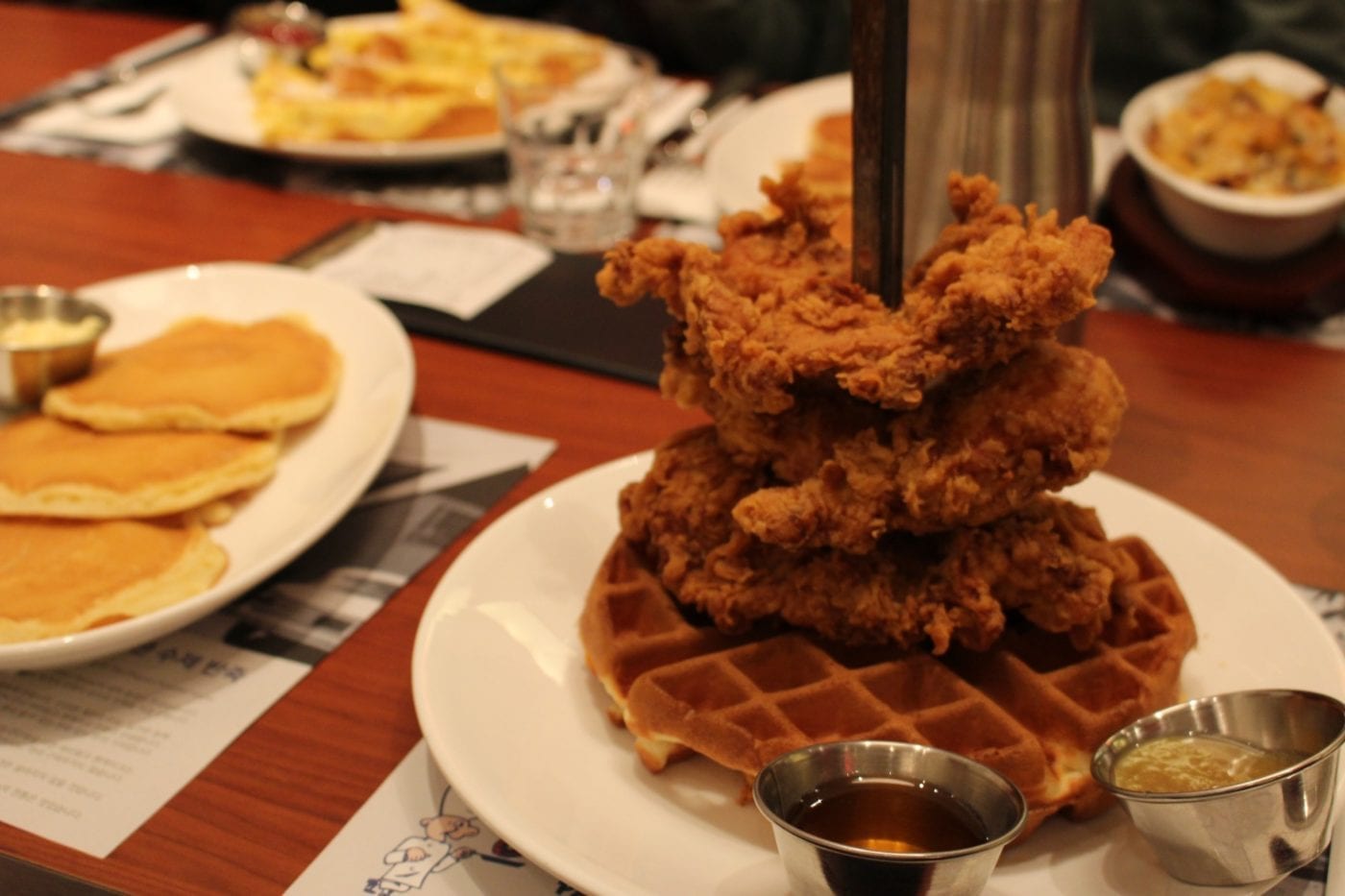 We found the menu reasonably priced and the choices extensive, with a wide variety of pancakes (one would hope), country fried chicken, waffles and a smattering of salads. Our group chose from all corners of the menu, with the outcome ranging from wildly impressive to mediocre to disappointing. 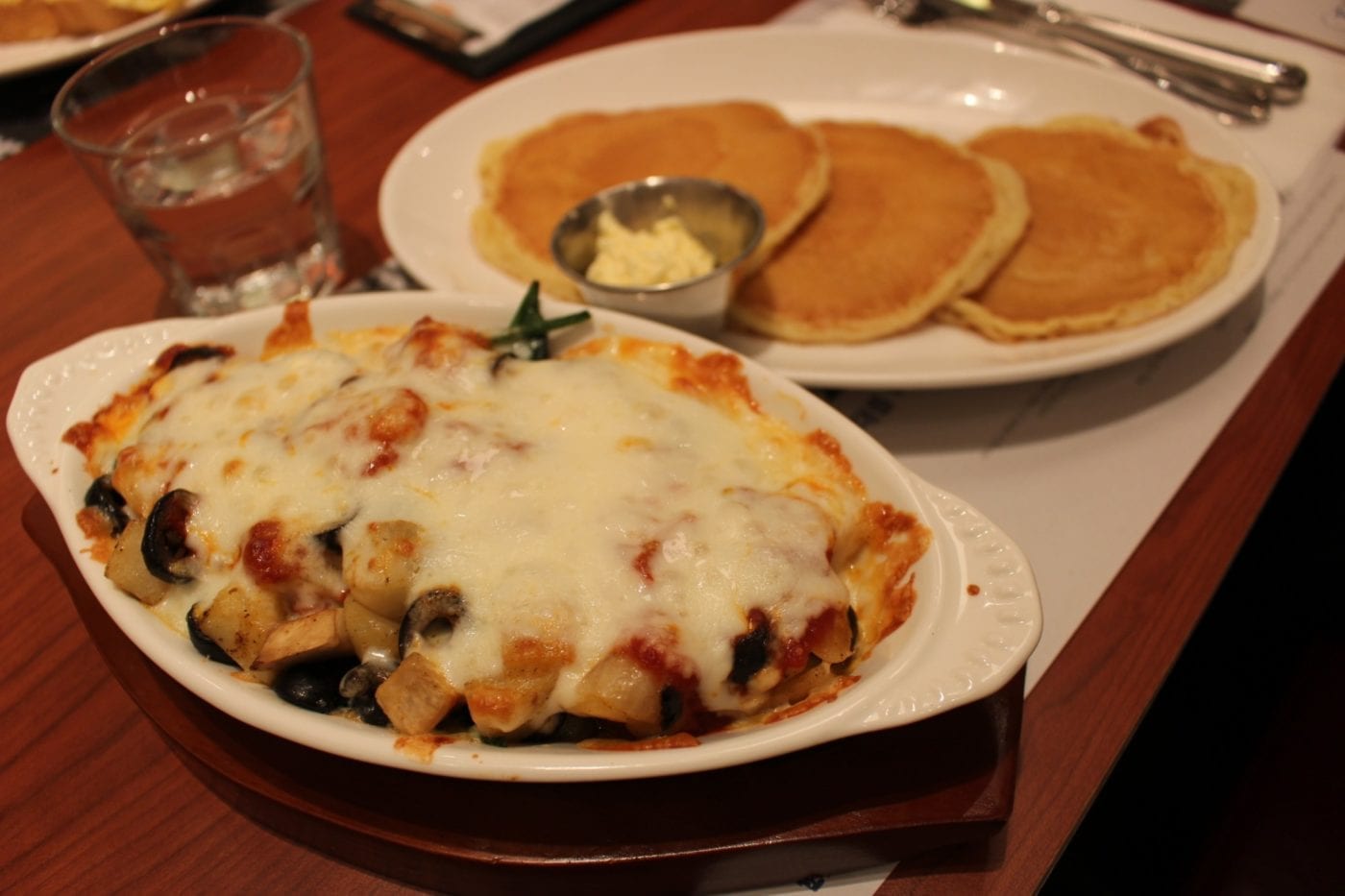 We’ll start with the bad news first: The Italian potato hash served with a side of pancakes was flavorful but underwhelming thanks to the slightly undercooked potatoes and an overabundance of sliced black olives. The jalapeño hash bore similar complaints and the featured chilli of the dish seemed to far spicier distant than the usually understated pepper we were expecting. The three fluffy pancakes that accompanied the hash were a welcome consolation. 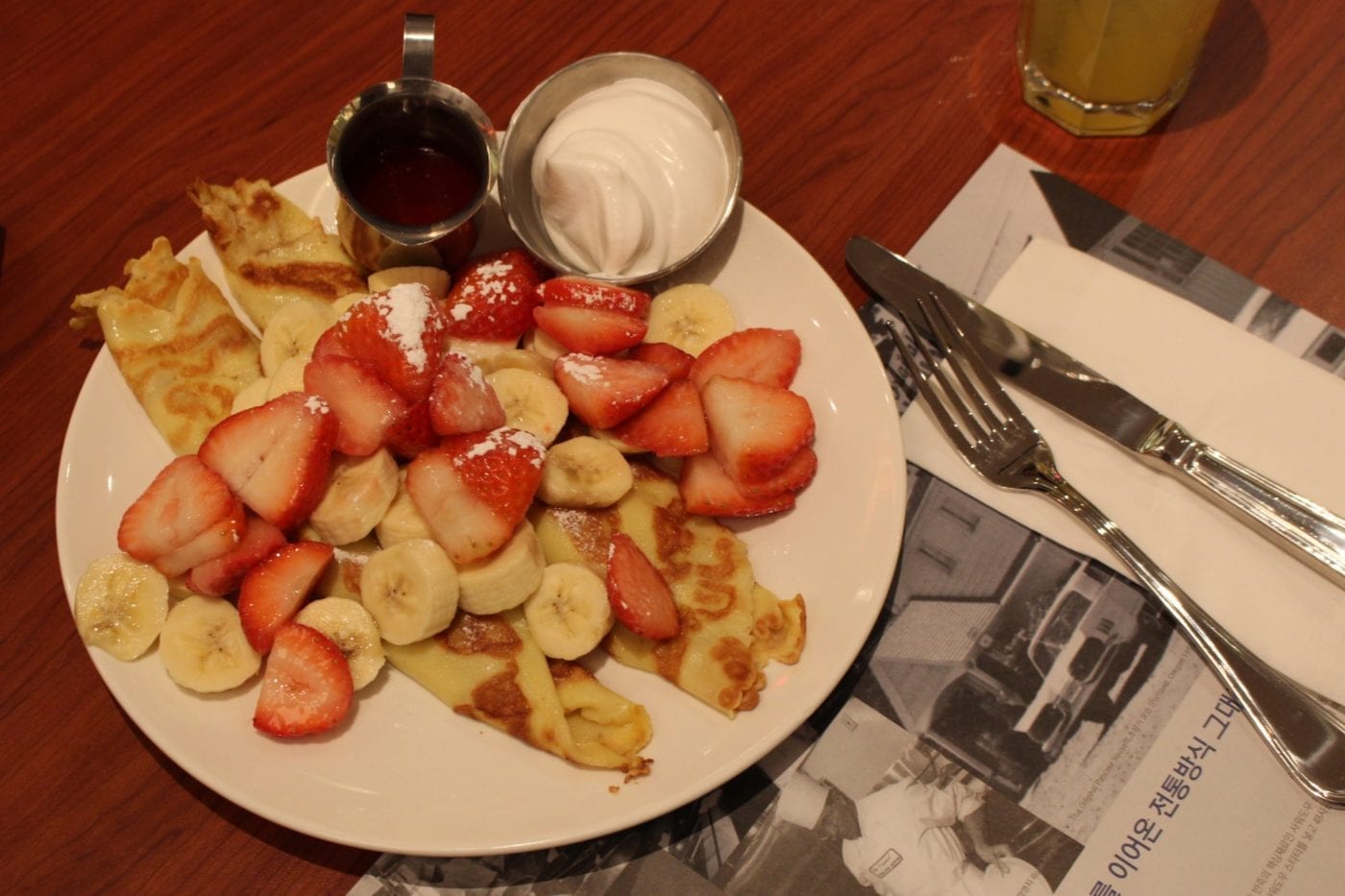 The crepes, topped with a generous portion of fresh strawberries and sliced banana, as well as whipped cream and strawberry sauce, were soft, light and didn’t disappoint. The French toast was simple and what one would expect from this classic breakfast dish. 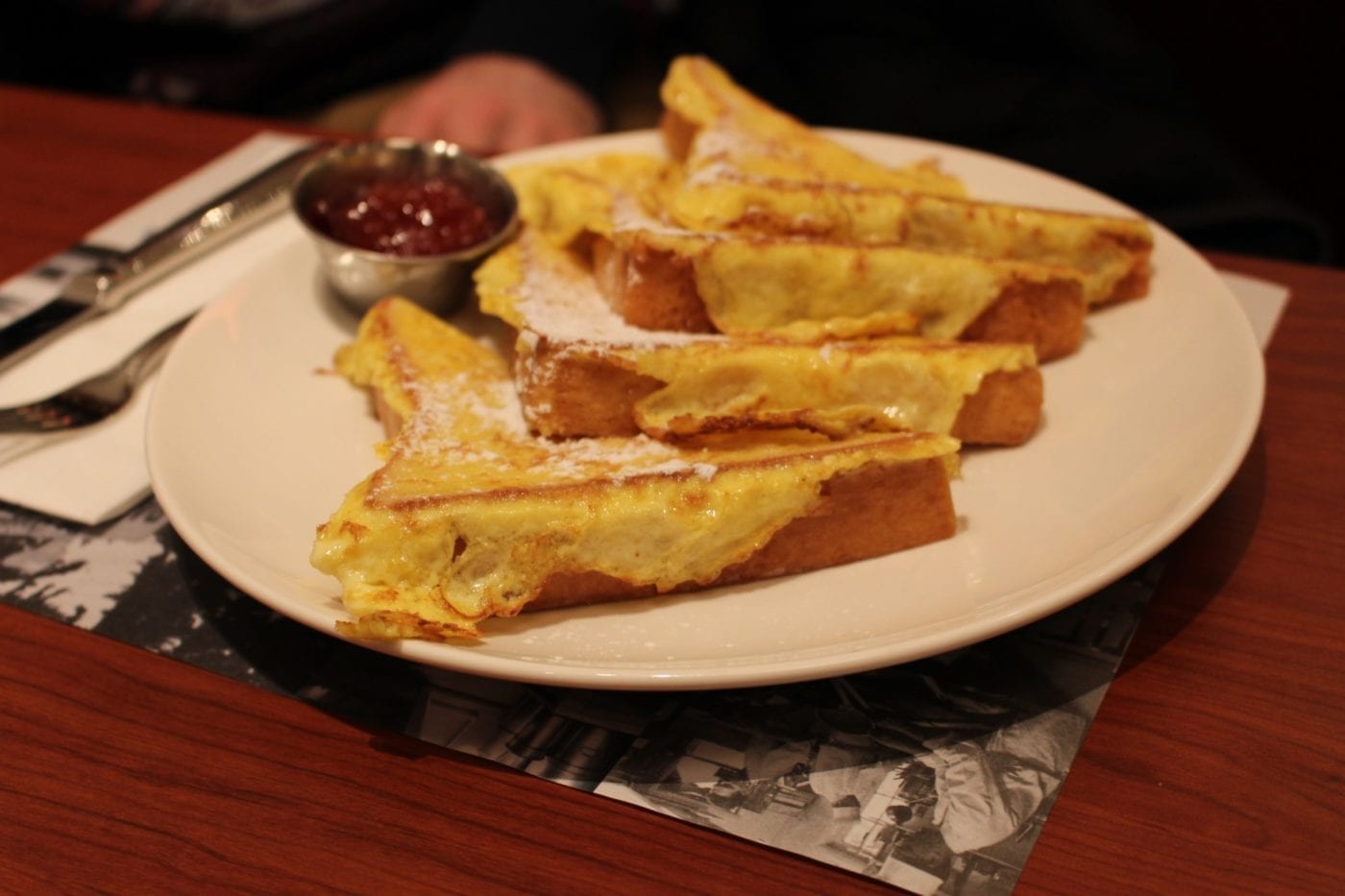 The country fried chicken and waffles were by far the stand out and a glory to behold. Some would call it art, others excess, but the three huge pieces of tender, crunchy fried chicken laid upon fluffy waffles with sides of tasty maple butter and chilli honey sauce were our group’s highlight. 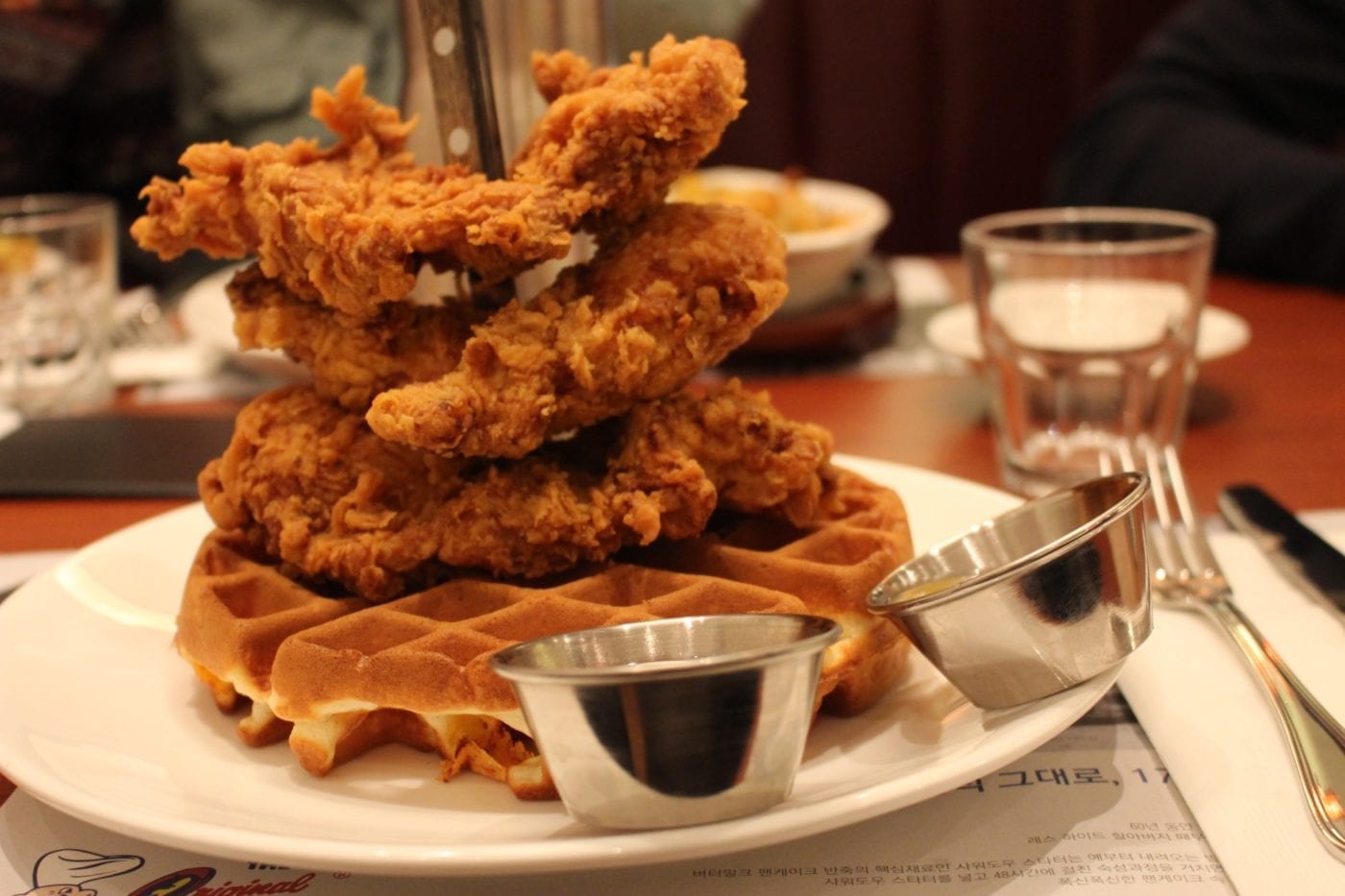 We footed a bill of W87, 000 for six people to dine in, with most dishes ranging from around W8,000 to W17,000. Stick to the streamlined favorites like the country fried chicken, waffles and pancakes to enjoy a classic American diner experience you’d be hard pressed to beat anywhere else in Seoul!