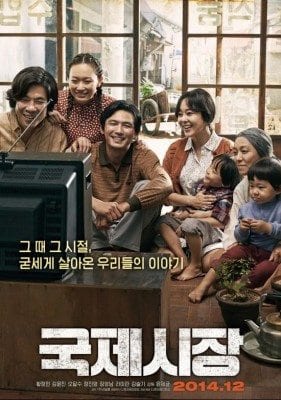 The Korean film “Ode To My Father” (국제시장) has become the first film of 2015 to surpass the 10 million admissions mark and has made it onto a short list of just 10 other films that have surpassed the 10 million admissions mark domestically in South Korean history. “Ode To My Father” tells the story of modern Korean history from the 1950’s to the present day through the eyes of Deok-soo, a refugee from what would become North Korea.

The film has also sparked controversy as some critics have claimed that the film is filled with “conservative” ideals with its portrayal of the older generation and the strong use of nostalgia to emphasize Korean nationalism. According to the Korean Film Council, as of January 22, 2015 the film has had approximately 11.4 million ticket admissions, and has grossed over $82.5 million (USD) and these numbers are still increasing.