10 New Restaurants That Opened In Seoul 2016 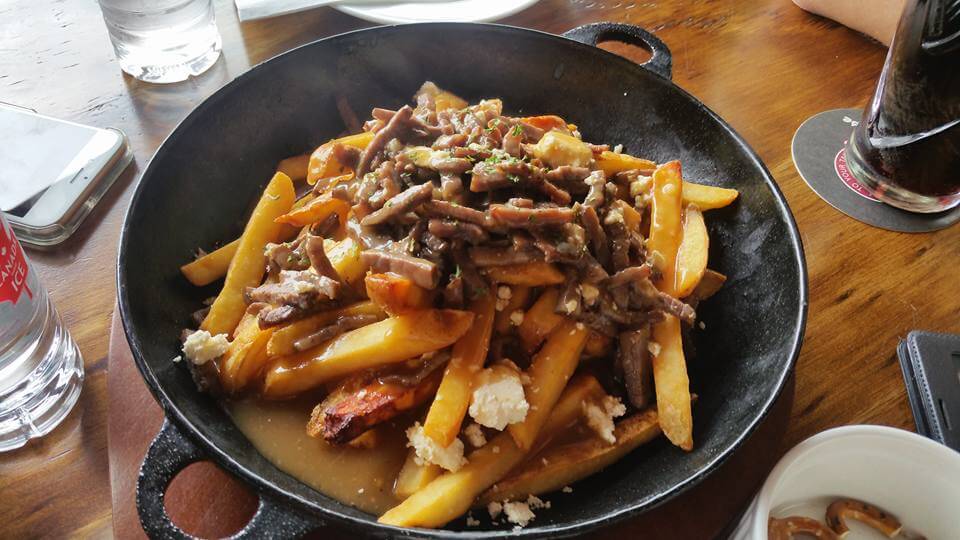 10 New Restaurants that Opened in Seoul in 2016

Winter is well and truly over, and 2016 is already marching headlong into its second quarter! The first 3 months of this year have ushered in plenty of new faces to Seoul’s food and dining scene, so we’ve rounded up a list of the 10 best new restaurants in Seoul for 2016.

Craving genuine BBQ from America’s south? McPherson’s BBQ is the creation of Alabama native and food writer, Joe McPherson, who has worked with the “who’s who” of food journalism including Anthony Bourdain, Andrew Zimmerman, and Bon Appetit Magazine. McPherson is no amateur when it comes to serving authentic quality cuisine. 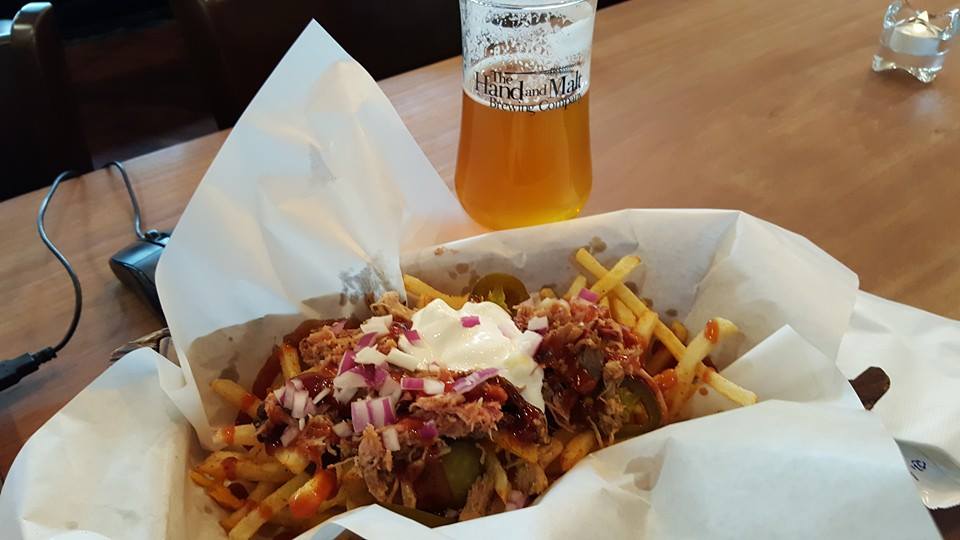 The Royal Food and Drink

The Royal Food and Drink appeared high up in the hills of Haebangchon earlier this month and has already proved itself worth the walk. Just a stone’s throw from Namsan mountain, locals will be glad to know that Bomi from the now defunct DeEsspresso Room has had a hand in The Royal.

Serving a well rounded breakfast lineup that bounces between bagels, salads, and big servings like the farmers breakfast, the menu then drifts seamlessly into brunch and then dinner. Standouts include the Jalapeño popper dip, which pairs perfectly with fellow noteworthy menu item, the pineapple margarita. 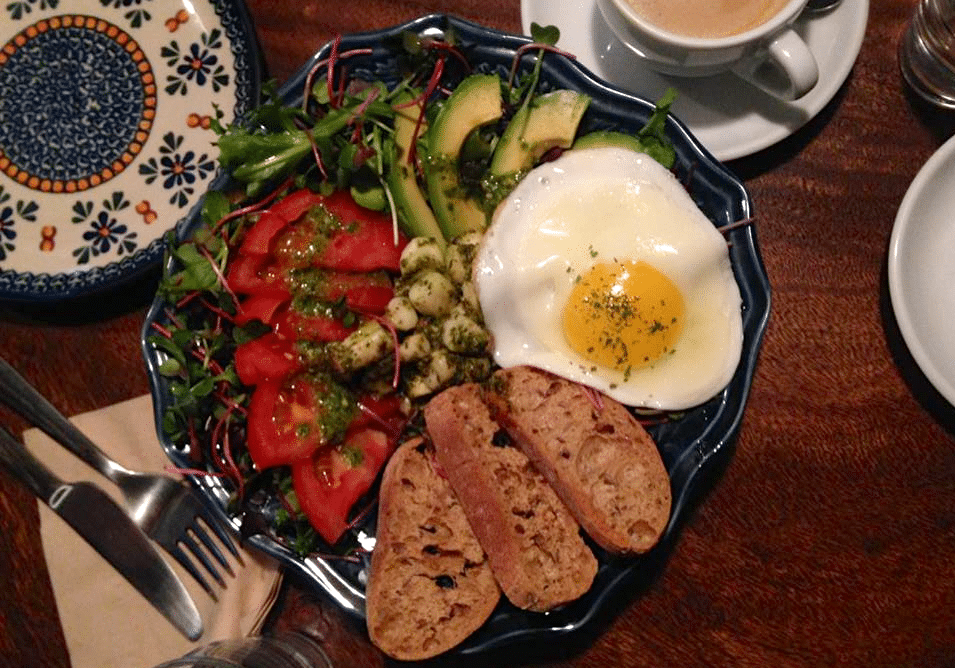 Seafood sandwiches have landed in Gyeongnidan at Head-lock Sandwiches. Located where the neighborhood’s much loved Hassdog once stood, the sandwichery is currently in its soft opening and has therefore specialized their offerings with 4 innovative shrimp sandwiches – a taste of what’s to come!

The flavors presently on the Head-lock roster include original, beef chili, wasabi mayo, and nacho cheese. Buns are branded with the Head-lock logo and all four options are packed full of sumptuous fillings that sell for just W4,000 each. 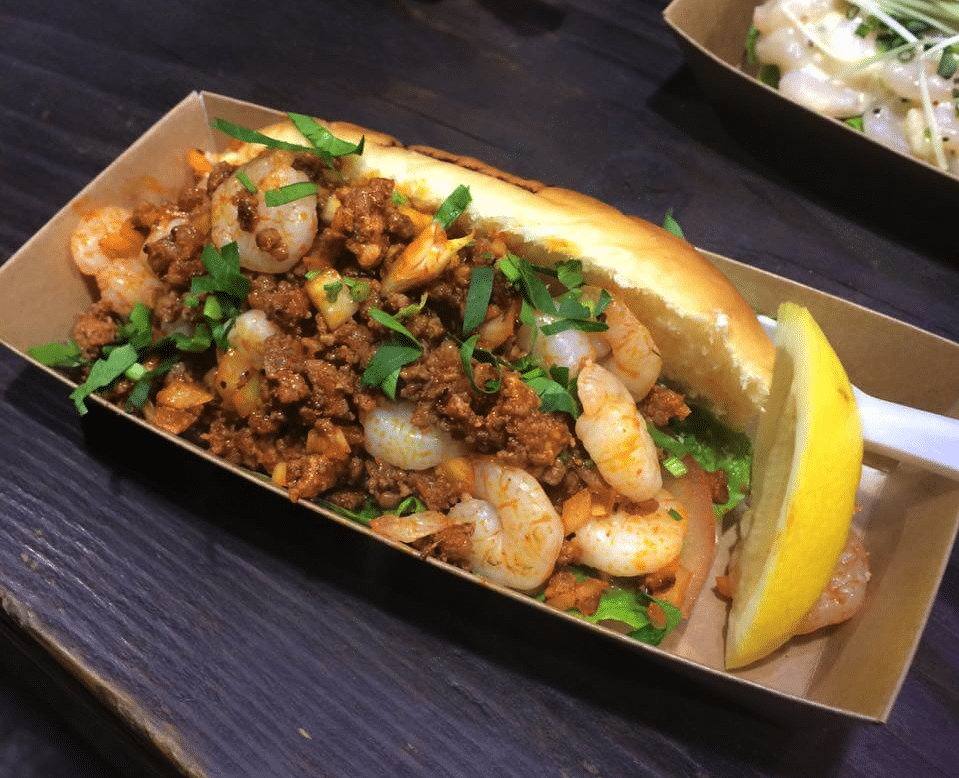 Check out the latest Banh Mi shop that just opened its doors in February! Banh Mi Lee does a tasty rendition of the authentic Vietnamese sandwich, with fillings ranging from meatball, chicken, and their most popular, pork. Along with a delicious sandwich, you can also try their special deep fried bananas served with a coconut cream and condensed milk sauce.

They also brew their very own Vietnamese coffees and lattes served south-east Asian style with sweetened condensed milk. Also, Banh Mi Lee make a point of baking their baguettes fresh every morning and are adamant that if they use up all their fresh baguettes and vegetables, they close — so make sure you drop in early! 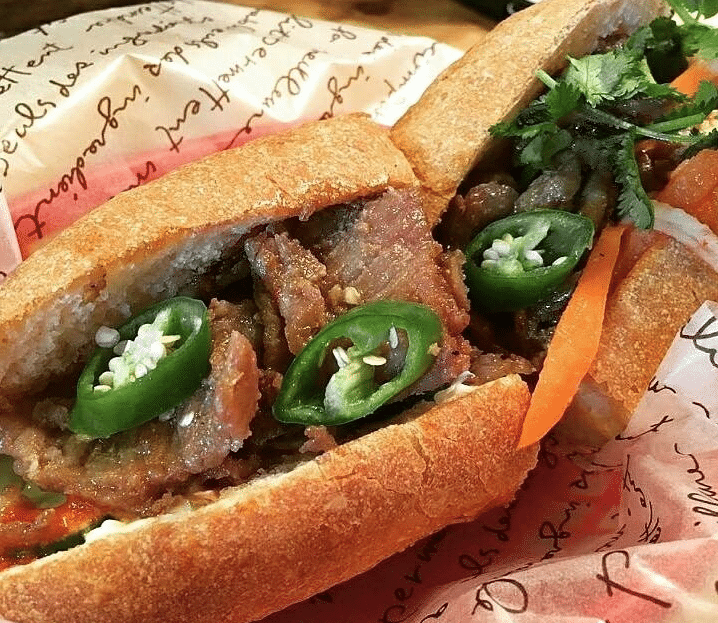 The servers at Rusty’s also dress in western-themed clothing complete with plaid shirts, bandanas, cowboy hats and boots. Another southern BBQ joint and easily one of Seoul’s best new restaurants for 2016. 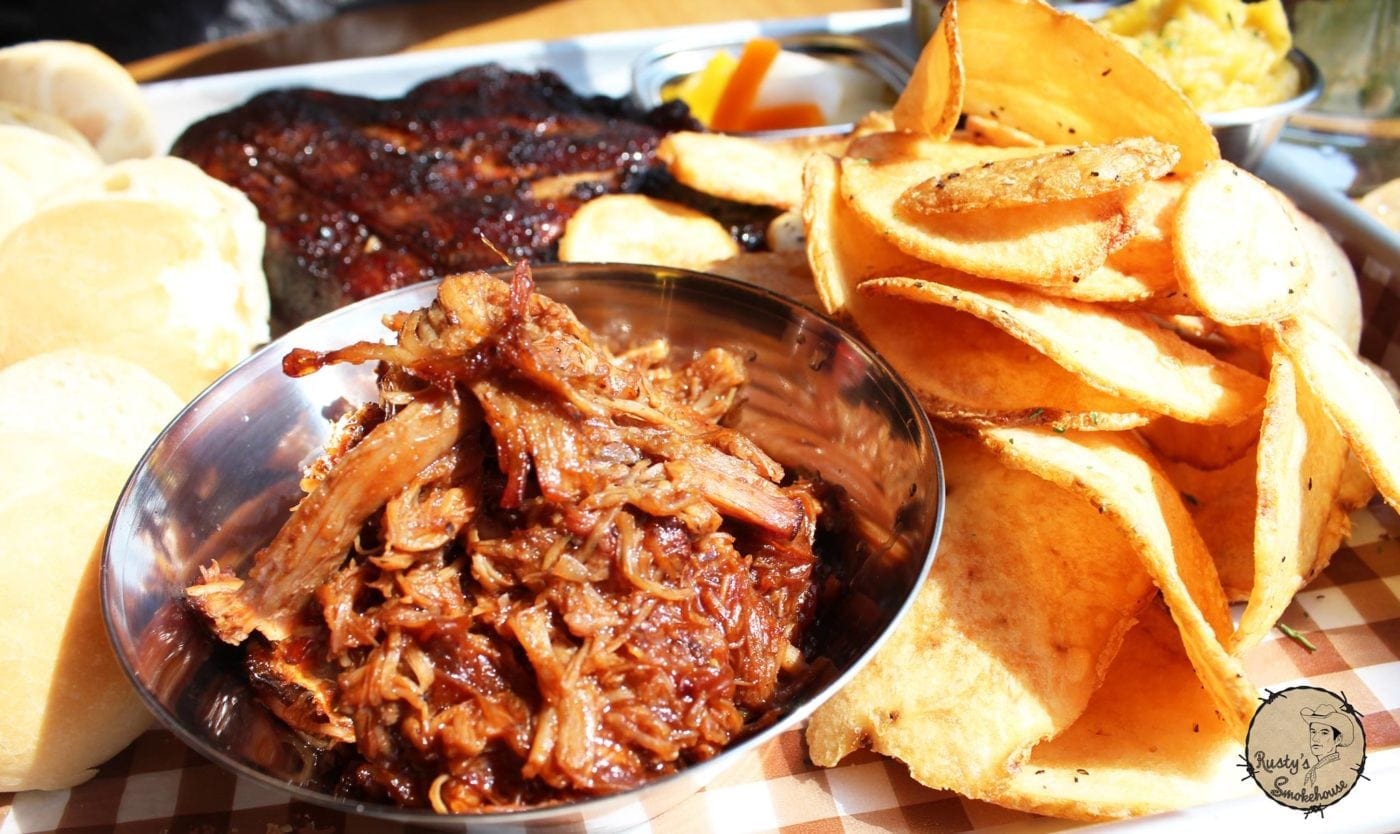 While Pick-a-Bagel technically opened in 2015, it kicked things off so late in the year that many customers wouldn’t have got their hands on these authentic bagels until they were nursing a New Year’s Eve hangover! Besides, the pop-up store that launched in gyeongnidan earlier this month, in partnership with Bruworks coffee, certainly makes this one a stand out for 2016.

For those who recognize the name, yes, this is the same chain loved by New York locals. In fact, the bagels are made in New York, boiled, flash frozen and then shipped out to Seoul. Batches are baked regularly throughout the day at both locations so you’re guaranteed a fresh sampling of one of their massive selection of bagels, cream cheese spreads and fillings. 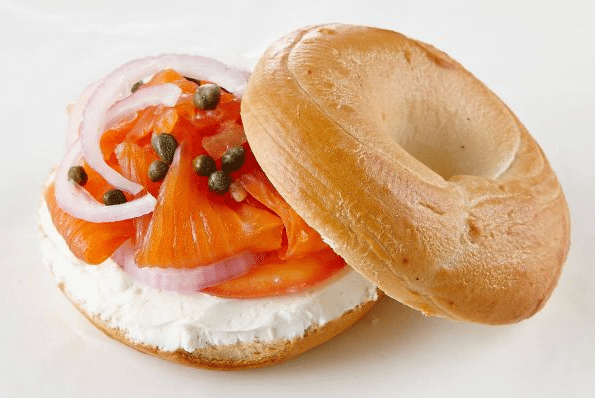 An off shoot of Hygge Kitchen, originally from Jeju-island, Hyggeven is operated by the author of “Mr. woogie and Mr. Choe’s Camping”  and his wife. The restaurant serves different types of Danish menus on each floor. On the first floor, there is a Danish pub offering beer and wine with bread. On the second floor, you can try traditional 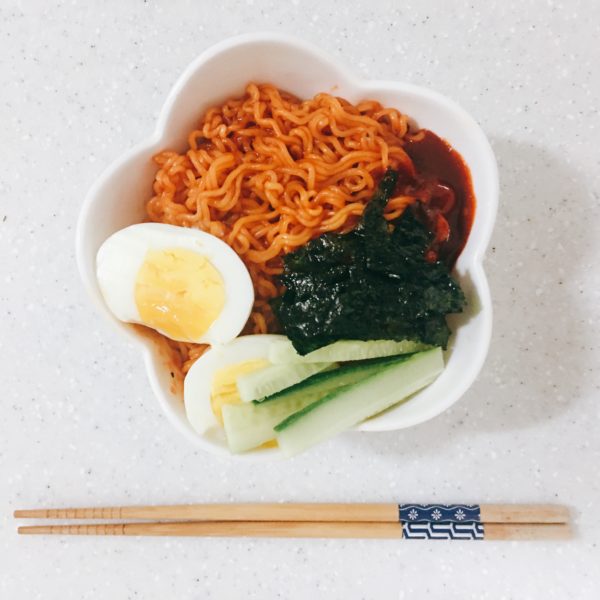 Danish meals in a Danish home-style setting. Try their most famous menu item, Smørrebrød, an open-sandwich consisting of sliced bread with butter and pickled herring, tomato, smoked salmon, shrimp, egg or ham. Finally, the restaurant serves authentic Danish meals for private reservations on the third floor, which is also available for group meetings and events. 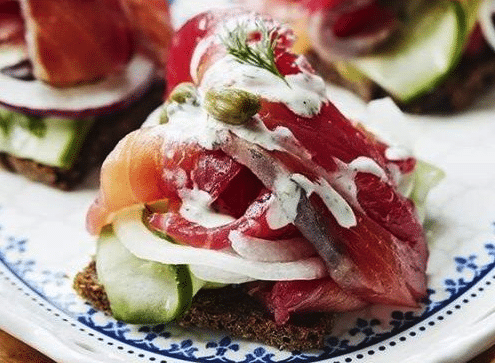 While American restaurants abound in Itaewon, their northern neighbors are beginning to encroach on the area. Maple House is a Canadian restaurant that set up shop in Itaewon mid-March and we love it! The menu is packed full of burgers, smoked meat sandwiches, meatball subs, Caesar salad, and the real kicker: 7 different kinds of poutine!

For those not familiar with the Canadian classic, poutine in its most simple form sees fries doused in a generous helping of gravy and cheese curds. The restaurant itself is decked out with  Canadian paraphernalia, meaning plenty of nods to the NHL with games aired regularly!

The restaurant Soigné, best known for its culinary excellence, has great news for all pasta lovers out there!  Doughroom by Soigné is a new restaurant that presents hand crafted artisanal fresh pasta. Pappadelle, orchiette, black squid ink pasta, agnolotti — you name it!

Doughroom carefully hand design each piece of pasta every day. In addition to pasta dishes, they also offer salads, sides, and entrees like beef carpaccio, marinated black olives, risotto, and rack of lamb. Pair your delicious multi-course meal with a glass of wine from their extensive wine list. 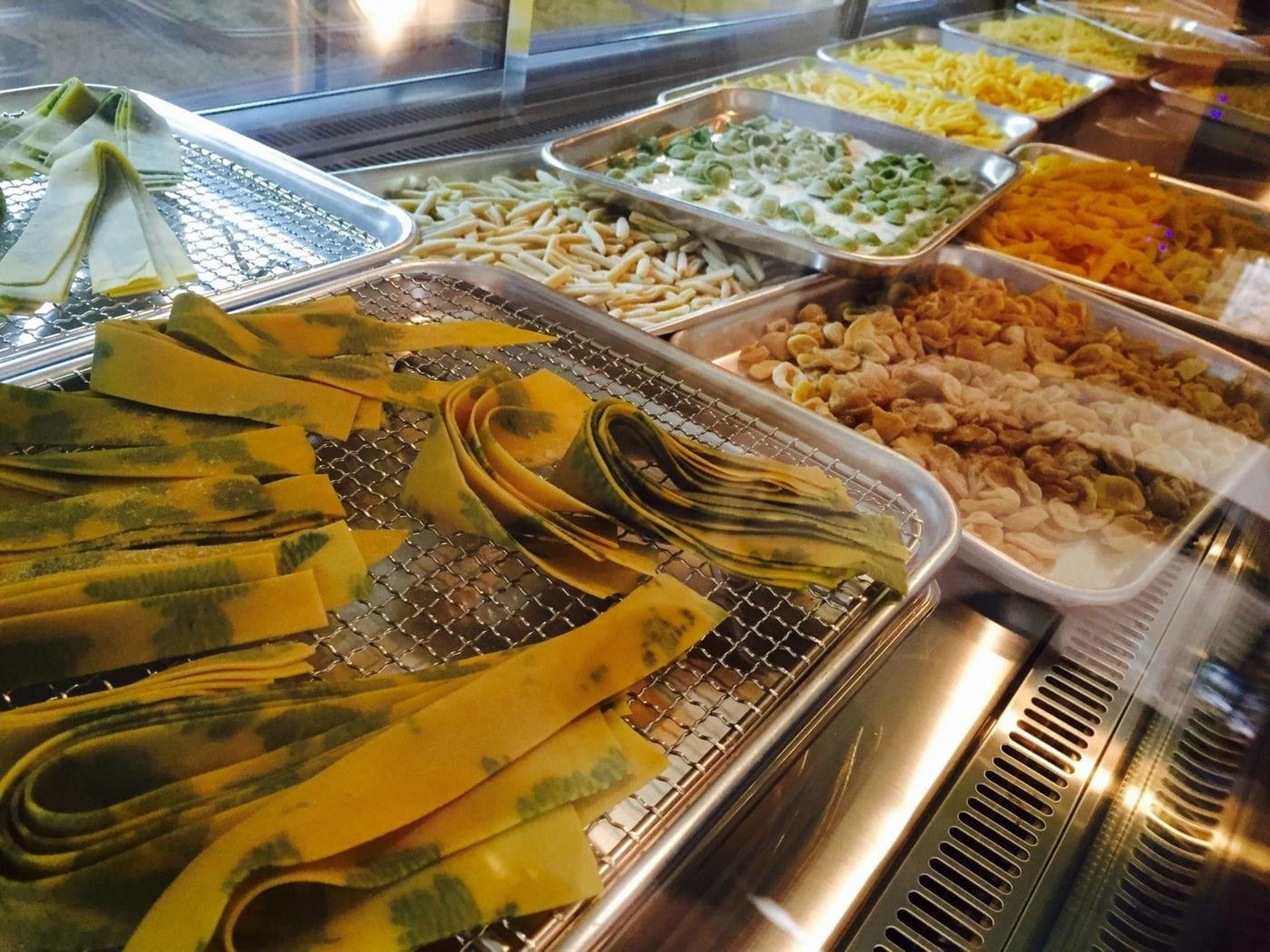 Technically opened in December last year, Bros Table was another one that is so good and opened so late in 2015, that we just couldn’t leave it out! With a menu focused first and foremost on roast chicken, Bros Table lets diners construct a meal to their liking from a choice of various breads, sauces, and side menus.

Bros Table also curates its own Youtube channel called Table Bros in Korean (브로스 테이블) to communicate with their customers more often. They’ve uploaded a series of videos, including instructions on how to find their restaurant from Sangsu-station, how to eat their “Bros Package” and more. Check out their youtube channel if you want to see their chicken dishes in detail! 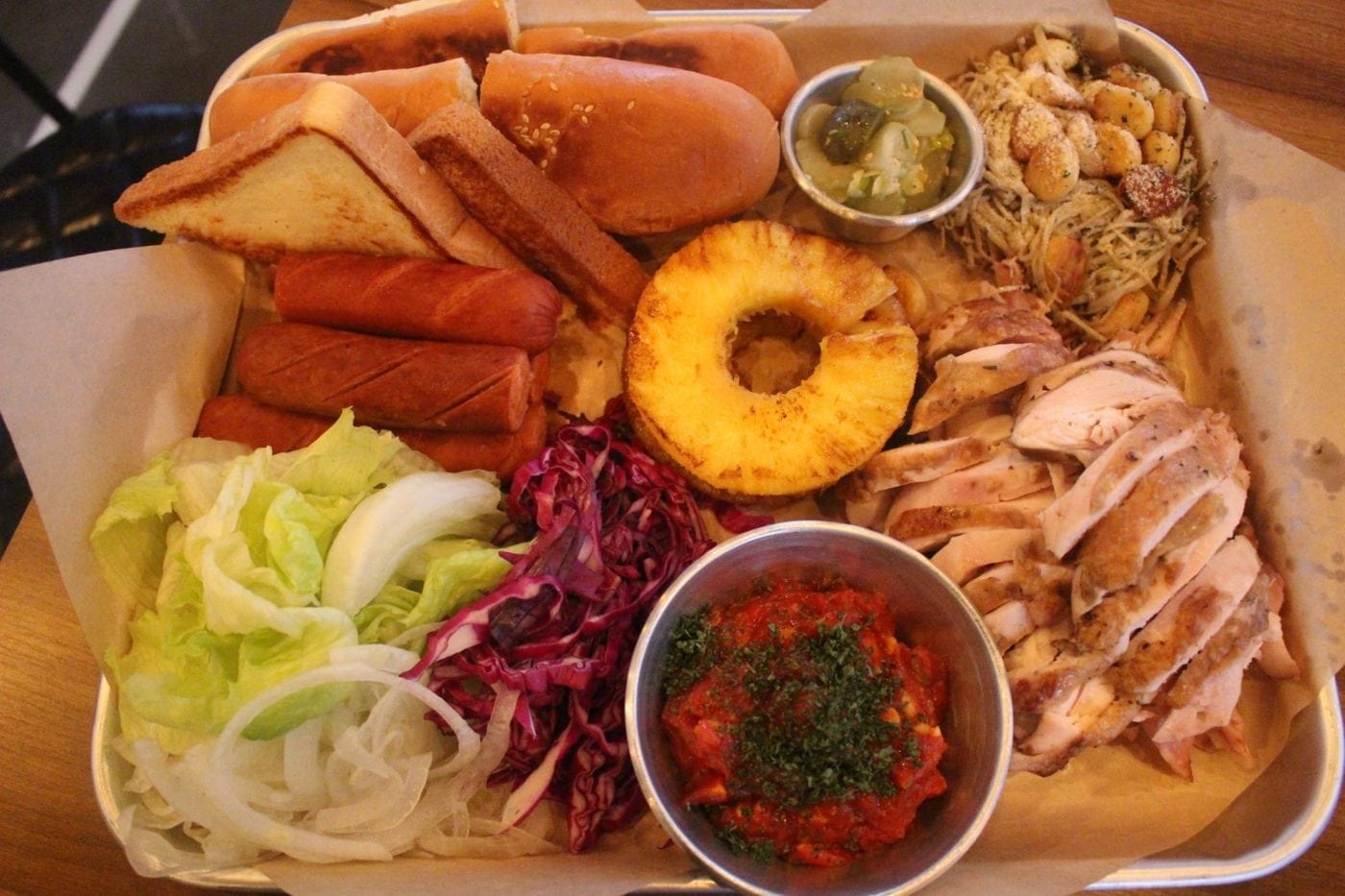