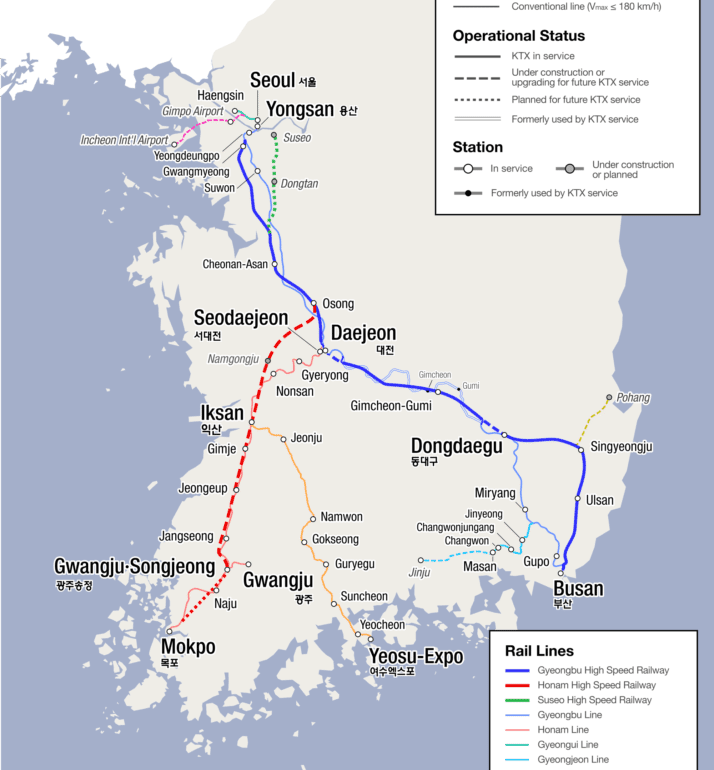 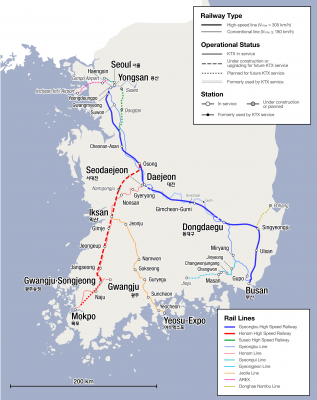 A faster bullet train line with KTX is expected to be opening in March of 2015 and will greatly reduce the travel times from Seoul to the southwest cities of Korea. The new tracks will allow travel between Seoul and Gwangju in just over 1 hour and 30 minutes. With the current existing lines, a Seoul-Gwangju trip would take almost 3 hours.

While KTX lines to Gwangju already exist, key locations use conventional train tracks which require the KTX train to reduce its speed from 300 km per hour to 150 km per hour. The new tracks circumvent these limitations and allow for significantly faster travel. The opening of the new tracks will also be accompanied by an increase in the number of trains running along the route.

This upgrade is one of many planned updates and extensions for KTX lines over the next several years.