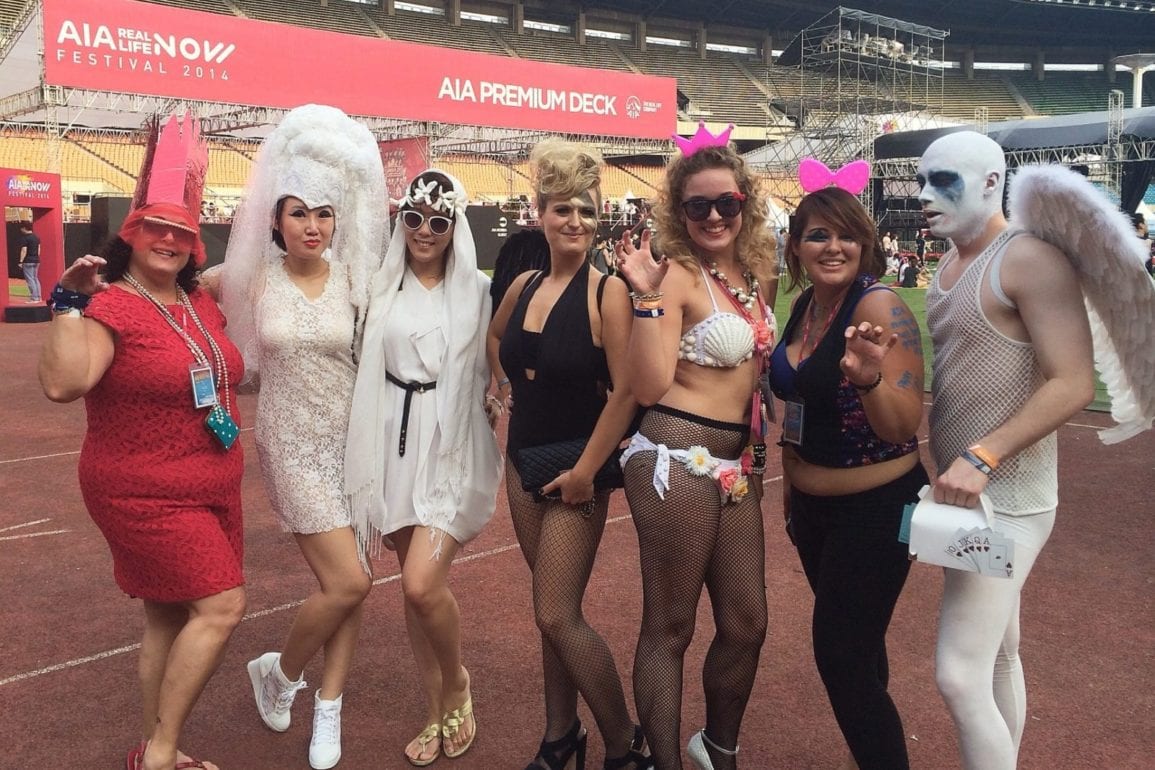 Last weekend Lady Gaga returned to Seoul to perform at the AIA Now Festival alongside K-Pop’s elite. Last time she paid a visit, back in April 2012, there was controversy all around as Catholics protested outside. However, luckily for her she timed her visit well, and they were too busy with The Pope to concern themselves with the pop princess and her antics this time.

For her Art Pop Tour she pulled out all the stops, showcasing her over the top outfits including wearing a giant blue ball strapped to her chest and an Ursula style sea monster costume.

As always there were plenty of Little Monsters out in force and dressed to the nines paying homage to ‘Mother Monster’. With their homemade costumes featuring a range of Gaga’s craziest looks, it seemed only fair to share the Top 10 looks that Korea had to offer.

Lady in Red – Less is definitely not more when it comes to red lace. 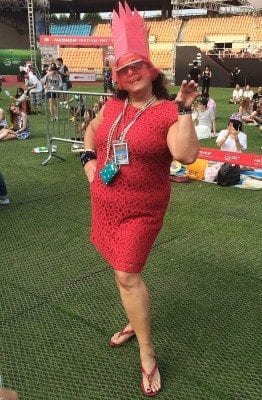 Here comes the bride, in this fetching veil and head dress. 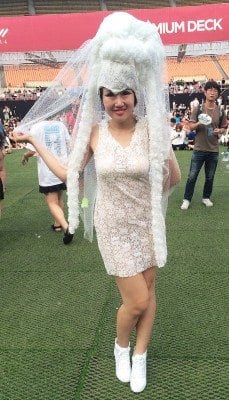 Gaga minion or Victoria Secret Model? In this rock style angel get up. 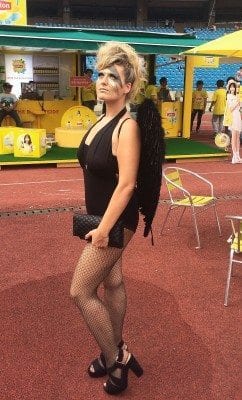 Is it a bird or a clown? No it’s an Avian Applause Little Monster. 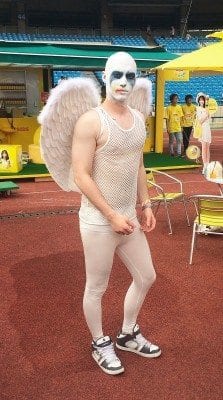 Gives a whole new meaning to pretty in pink! 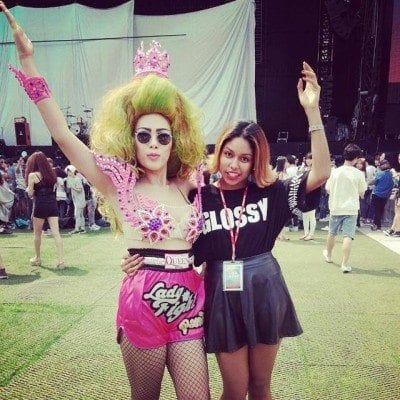 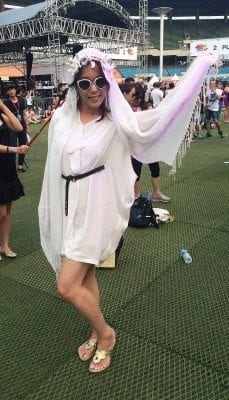 Nothing says Gaga like a purple beehive wig and bejeweled shoes.

Did she forget to put on her clothes? Of course not, this is practically conservative for Gaga fans. 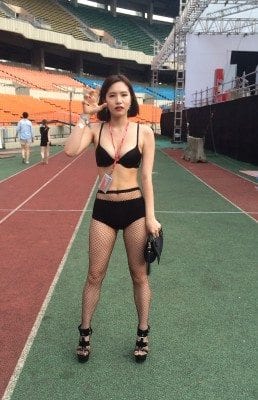 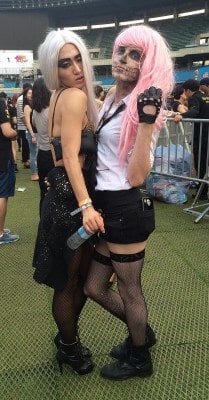 I sell seashells on the sea shore. And who wouldn’t want to smell those roses! Amazing take on Gaga’s latest costume. 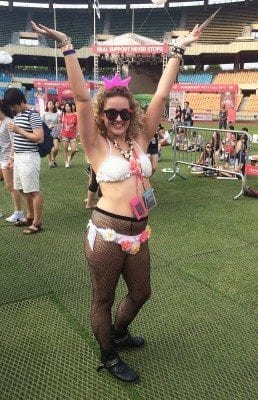