Fun in the Sun Part I: Korea’s Theme Parks and Zoos 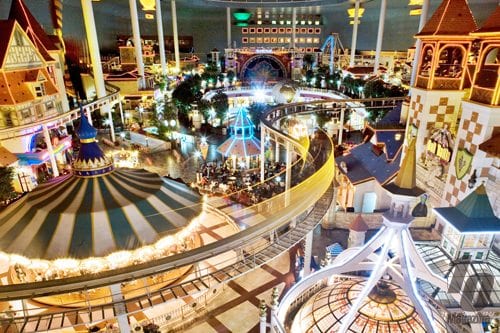 Summer is finally here, and there’s never been a better time to go out for some fun with family and friends. But where, you ask? Look no further! Get in line at a theme park for some exhilarating rides, or get an up-close-and-personal view of animals at a zoo. Whether you want to spend the day at one of the larger, well-known parks or visit a smaller, less crowded one, there are many venues to choose from across Korea. Here’s a list of fun-filled places for your next day out on the town. 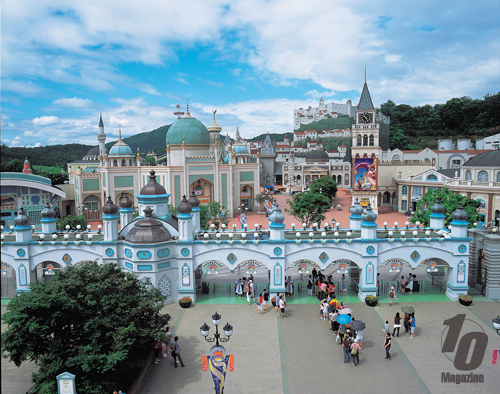 Everland, By David Wills
Located south of Seoul in Yongin, Everland is Korea’s biggest and best theme park, and consequently it’s packed with visitors all year. It’s still definitely worth the effort of dealing with the crowds. Everland’s rollercoasters are fantastic, especially T-Express. The world’s steepest wooden rollercoaster, T-Express was recently voted the best rollercoaster in the world in two separate surveys.

Other attractions in the park include zones where you can find food and attractions from various parts of the world. Thereâ€™s a European zone with windmills and bratwurst and an American zone with rock ‘n’ roll music and an Old West theme, as well as Magic Land and a global fair. The zoo (dubbed “Zoo-topia”) is also a popular attraction. Oddly, it’s separate from the safari, where visitors are driven around an expanse of land populated with large and exotic animals. Perhaps the most famous resident here is the “liger” half lion, half tiger. For fun in the water, Everland’s got the Caribbean Bay water park (more details next 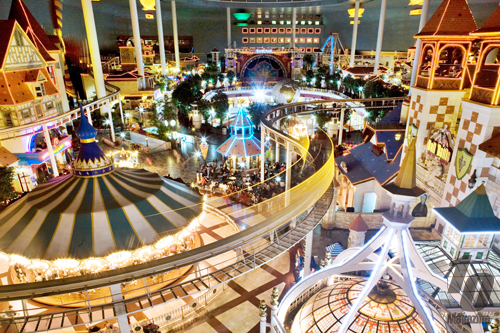 Lotte World, By Alice Shether
Lotte World is a whirlwind of music, laughter and child-friendly fun. Connected by the theme park’s monorail, the outdoor Magic Island boasts rides, games, shops, and eateries while the indoor Adventure park comes complete with carousel, ice-skating, fairy-tale adventures (the best is Adventures of Sinbad), roller coasters, restaurants, and souvenir shops. Think of Lotte as a miniature version of Disneyland crossed with your local fair. The music is loud, the crowds are plentiful, and the prices reflect that.

The indoor part of the park is confusing, with different rides accessible on one of the four floors, and the signage is not always clear. Instead of letting the layout stress you out, wander around and allow this otherworldly theme park to captivate you. With an “air balloon” ride ringing the outside of the huge central skylight, Lotte World feels like being inside a storybook.
Lotte World’s adult highlights include the French Revolution, a wicked 540-degree indoor roller coaster that is guaranteed to up your heart rate, as well as the outdoor Gyro Swing and Gyro Drop.  These two are the best adrenaline-inducing rides, with quick lines. For an extra fee, you can acquire a special pass to bypass the lineups on rides. 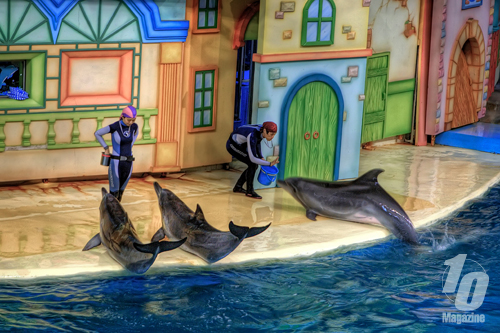 Seoul Land and Seoul Grand Park, By Rebecca High and David Carruth
For those times when you want it both ways, there’s Seoul Grand Park in Gwacheon, which has an amusement park and a zoo (and an art gallery, botanical gardens, and more). Get started with Seoul Land, built during the 1988 Seoul Olympics and reminiscent of Disney’s Epcot. Seoul Land is a fun place to go with friends or family, though roller coaster enthusiasts may not be satisfied. The lines are inevitably long, but at least a few of the rides are worth the wait. The Black Hole 2000 (the only real coaster here) is a fun one-loop ride, and Sky X is an exhilarating cross between bungee jumping and skydiving. Don’t waste your time at the Haunted House, though. Although listed as the fifth main attraction on Seoul Land’s website, the cheesy walk-through diorama is only made worse by dusty plastic models and narration completely in Korean.

Just next to Seoul Land is the Seoul Grand Park Zoo. In the dreary winter months, the animals all look a bit depressed, but when the sun comes out the place comes alive. From giraffes to rhinos to lizards, they’ve got your beast of choice. Recommended: slip inside the 30-meter-high enclosure full of majestic migratory birds. Not so much: the insectarium, which is every bit as cheesy inside as the giant plastic bug waving at you from outside. Eworld Daegu (Formerly Woobang Land), By David Wills
This small theme park is based around Woobang Tower in Duryu Park across from the stadiums. It’s normally pretty quiet, and queues for the rollercoasters are usually minimal, even in summer. The downside is that Woobang’s rollercoasters are fairly old and uncomfortable. If you’re anywhere near six feet tall you’ll probably leave with a sore neck and a headache. The aquarium underneath the tower is dull and uninteresting, with its animals confined to tiny, dark enclosures. Much more interesting is the SkyJump a 123-meter drop from the Tower. Anyone daring enough to jump is rewarded with a photo and a certificate.
HOURS Mon – Fri 9 am – 8 pm, Sat – Sun 9 am – 10 pm
DIRECTIONS Walking distance from Duryu Stn. (line 2, ex. 15)
COST Day-pass/admission is W24,000/W11,000 for adults, W22,000/W7,800 for teens, and W19,000/W6,500 for children.
INFO eworld.kr 053-620-0001
ADDRESS 302-11 Duryu-dong, Dalseo-gu, Daegu

Children’s Grand Park Seoul, By Shirley Hwang
This sprawling recreation area includes an amusement park, zoo, and water playground. Visitors to the amusement park can ride roller coasters and the Viking, while the zoo houses over one hundred species across 12 exhibits, such as a marine animal house and deer-feeding area. An animal show takes place five times daily, and there are camels and miniature horses to be ridden. For an affordable and leisurely day out, Seoul Children’s Grand Park is a one-stop spot for outdoors family fun. 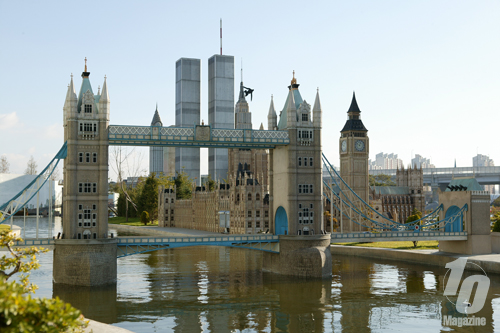 Aiins World Bucheon Gyeonggi Province, By David Carruth
Stroll by Stonehenge, get an eye of the Eiffel Tower, and visit Versailles all in less than an hour. Hard to believe? At Aiins World in Bucheon, just west of Seoul, would-be globetrotters can see 1/25 scale miniatures of 109 famous landmarks. Walk around the world in 80 minutes with zones including Korea, Russia, Africa, Europe, and America. It’s worth two trips, once during the day to see the astonishing detail of the models and once at night to appreciate the exotic mood of the four-way lighting system in the park. Be sure to bring your camera for some unforgettable shots that will baffle your friends.

O World Daejeon Daejeon, By Shirley Hwang
Daejeon has its share of the animal action. Zoo Land at O World is home to over 130 species of animals. Take a journey via bus on the African Safari to see tigers, elephants, and giraffes. Other animals can be found in the walking Mountain Safari or from the observation deck at the Jungle Safari. O World also has Toy Land, an amusement park with both thrilling roller coasters and kiddy rides. From bumper cars to free-falls to mini free-falls for younger children, Joy Land has attractions for all ages.
HOURS Mon – Fri 9 am – 8 pm, Sat – Sun 9 am – 10 pm
DIRECTIONS Take bus 311 or 314 from Daejeon Stn.
COST W18,000 – W25,000 for the O World Pass (Zoo + Joy Land)
INFO oworld.kr 042-580-4820
ADDRESS 39-1 Sajeong-dong, Jung-gu, Daejeon

ZooZoo Goyang, Gyeonggi Province
Get even closer to the animals! Located just outside of Seoul, ZooZoo is an indoor and outdoor animal park that offers several hands-on, educational activities.
W5,000 – W19,500. themezoozoo.or.kr 031-962-4500

Exciting Things to Do in Seoul During Fall