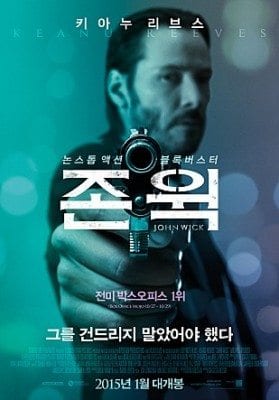 Actor Keanu Reeves, perhaps best known for his role as Neo in The Matrix, will be visiting South Korea to promote his upcoming film “John Wick.” This film follows the story of John Wick, a legendary assassin who has retired to be with the love of his life. When a series of deaths and murders begin to unravel his life, John Wick is unleashed on a killing spree driven by revenge.

Reeves will arrive in Seoul on January 7th which will mark the first time he has set foot in South Korea since 2008 when he was promoting his film “Street Kings.”