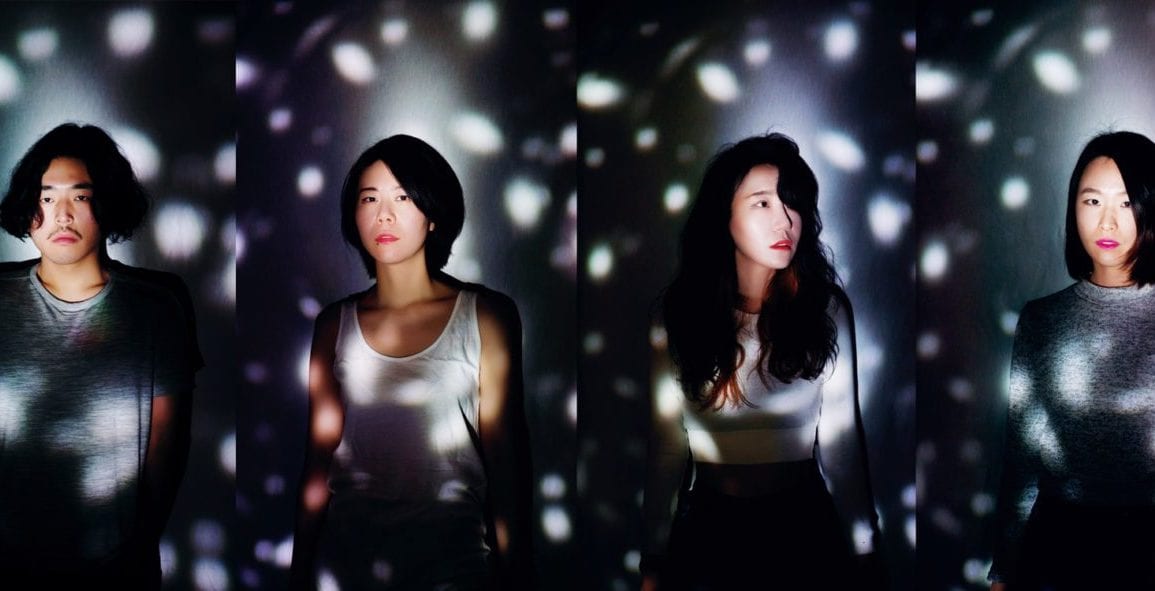 Korean rock band Juck Juck Grunzie will be embarking on their first European tour later this month. The Seoul-based quartet will be starting things on a high note by kicking off their trek with a pair of concerts at Glastonbury Festival in the UK – one of the world’s most renowned music events.

During its storied history, Glastonbury, which first started in 1970, has only invited five Korean acts to perform.  Juck Juck Grunzie were shocked when they learned they would be playing at the 2015 edition of the fest.

“We actually cried when we heard the news,” shares vocalist and synthesizer player Lee Ah-reum. “It was an amazing moment for our band and we’re incredibly grateful and excited about this opportunity.”

Along with playing at Glastonbury, Juck Juck Grunzie will also be showcasing their noisy brand of psychedelic and post-punk music in London and at two concerts in Berlin. However, touring is expensive and as an indie band Juck Juck Grunzie have limited funds. So the group are holding a special fundraiser concert at Mudaeruk in Sangsu on Sunday, June 14 to help them cover some of the costs for their upcoming jaunt.

“South Korea is basically an island when it comes to touring because we are cut off from China due to North Korea,” says Lee. “So anytime we want to play in another country, we have to fly in and out. The fundraiser concert is to help us just get on the ground in the UK so that we can get started. On June 14 we’re going to have an all-day flea market at Mudaeruk and Juck Juck Grunzie and lots of other great local bands will perform from 2 pm – 9 pm. We think the whole day is going to have a really fun vibe for everyone to enjoy. We’re really thankful to everyone in Seoul for the support they are giving us to help us with this tour.”

Juck Juck Grunzie will be opening Sunday’s concert so fans should get there for the 2 pm start time so as not to miss them. And after Juck Juck Grunzie play there will also be sets from Apollo 18, Hellivision, Ludistelo, Ankle Attack, Danpyunsun and the Sailors, Vidulgi Ooyoo, and Victim Mentality.

Having released their “Psycho” full-length debut back in fall of 2013, Juck Juck are now working on their sophomore offering. The plan is to have an album out by next spring. But a few songs have already been completed and may surface in the act’s set lists in Europe.  And maybe fans at Sunday’s fundraiser concert will get lucky and get to hear a new song too.

“We’re working on songs and we’re hoping to build our next album around different stories or themes,” shares Lee. “We really miss the idea of proper full-length albums because more and more bands are just putting out digital singles these days. But back when we were growing up as big music nerds, everyone released proper albums that were put together almost like a book. So now we’re thinking about how to put together a well-ordered album that will make a strong impact with listeners.”