Journey Is Coming To Seoul For The First Time Ever 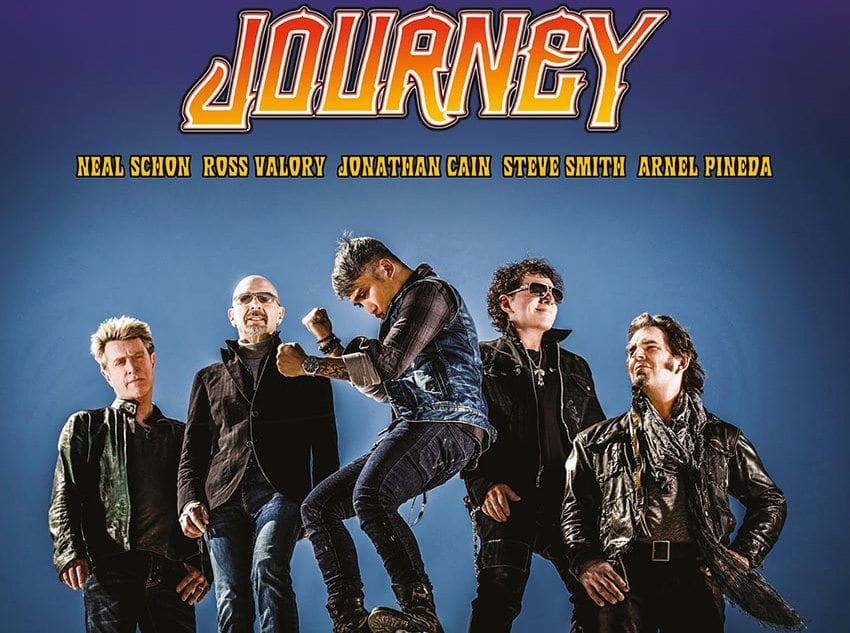 Become apart Journey’s history this February in Seoul for the first time ever! Journey will perform its first ever Korean concert at Blue Square Samsung Card Hall, on 15 February, 2017 (Wednesday).

Journey created some of the best-known songs in modern music, with iconic hits such as  “Open Arms,” “Faithfully,” “Any Way You Want It,” “Wheel In The Sky,” “Separate Ways,” “Only the Young,” “Lovin, Touchin’, Squeezin’,” “Who’s Crying Now,” and the seminal “Don’t Stop Believin’,” which is the top-selling digital catalog track in history.

Since its formation in 1973 in San Francisco, Journey has sold more than 80 million albums worldwide, earning 19 Top 40 singles and 25 gold, platinum and multi-platinum albums, and has headlined multiple sold-out stadium tours.

The Greatest Hits album is certified 15 times-Platinum, bringing Journey into the elite club of diamond-certified award holders. Journey received a star on the Hollywood Walk of Fame, was inducted into the Hollywood Bowl Hall of Fame, and is the subject of the award-winning documentary, “Don’t Stop Believin’: Everyman’s Journey”.

Journey’s rock ‘n’ roll saga started more than 35 years ago in the San Francisco Bay Area. Neal Schon’s musical career began at the age of 15, when he debuted with Santana as a guitar prodigy on the No. 1 album, Santana III.

Ross Valory has been a grounding force in Journey since the band’s formation (other than a brief hiatus in the late 80’s and early 90’s) and Jonathan Cain was brought on board in 1980, rounding out the songwriting genius behind the defining album, Escape.

Since Arnel Pineda joined JOURNEY as its new lead singer in 2007, the band has released two albums and embarked on seven major tours, performing on four continents for more than five million fans, which earned the group Billboard’s prestigious “Legend of Live Award.”

What Journey Has Been Up To Recently

2015 was a year of firsts for Journey – a three week, sold-out residency at the Hard Rock Hotel and Casino in Las Vegas, Nevada, followed by performing with a full orchestra for the grand opening of the 2015 Hollywood Bowl season, performing a sold-out show with famed drummer Omar Hakim in the band’s fold. The group then spent the summer touring all of Canada, performing in seventeen different markets, including many the band had never-before toured.

Journey launched its “San Francisco Fest 2016” tour in May with The Doobie Brothers, and special guest Dave Mason. The 2016 tour, which ended in September, once again brought together two of the iconic groups that helped define the “San Francisco Sound,” and is Journey’s best-attended and highest grossing tour since Arnel Pineda joined the band.

2016 was a year of success for Journey, and they have also just been nominated to the Rock and Roll Hall of Fame. 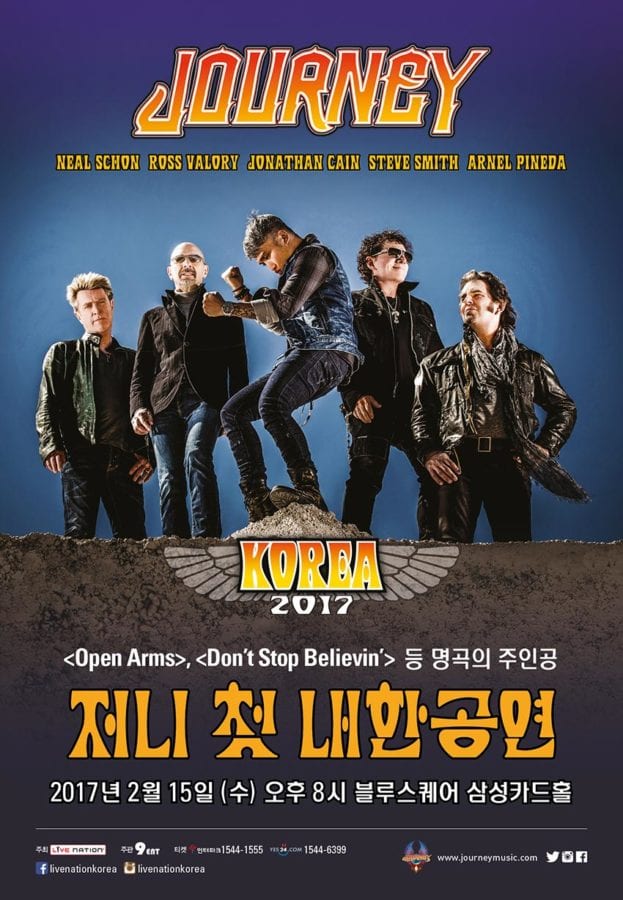