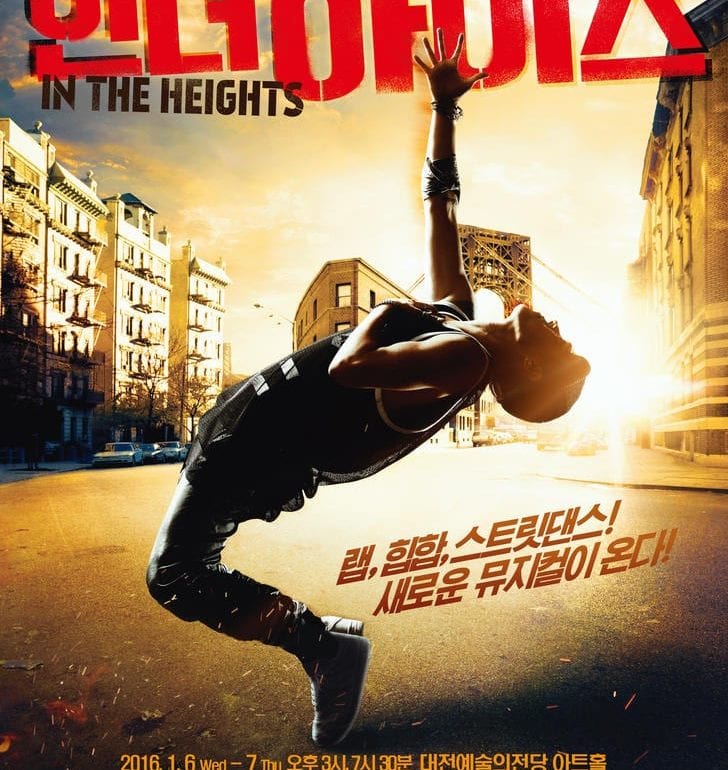 Get ready for one of the most successful Broadway musicals of recent years! In the Heights, a melting pot of hip hop, street dance and stage show, will play this January at Daejeon Arts Center. The musical has seen its fair share of accolades since its debut, winning four Tony Awards including best musical, best original score, best choreography and best orchestrations. It was also awarded a Grammy for best musical show album in 2008. Indeed, the show’s hard hitting resume of achievements certainly speaks for itself! 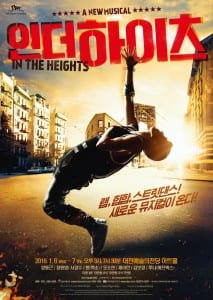 Set in Washington Heights, northwest of Manhattan, an area largely populated by Dominican-Americans, the musical is a snapshot into the lives of the area’s tight-knit community. The story begins with Usnavi, a bodega owner who daydreams about escaping New York and returning to the beaches of the Dominican Republic. Things take a turn when his childhood friend, Nina, returns home from her first year of college with unexpected news for her parents who have spent their lives building a brighter future for their daughter. Set across the course of three days, the story unfolds as a feel-good modern classic told with warmth and wit.

The musical made its Korean debut in 2015 to much critical acclaim and 2016’s all star cast is set to be an equally unforgettable performance. For those who missed out, or for those who couldn’t get enough, In the Heights will kick off the year with shows running across two nights only!