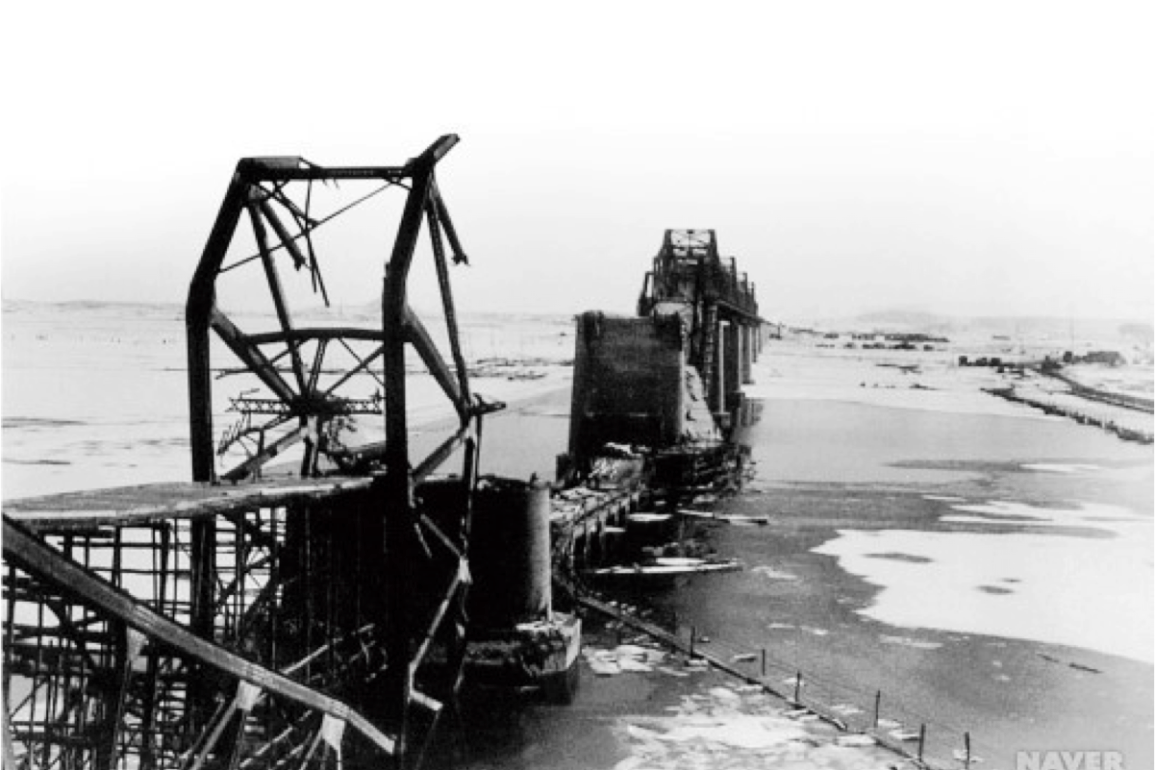 Two days after the Korean War began, a disastrous decision to blow up the Han River Bridge resulted in the loss of hundreds of lives.

For many people, June 25th, 1950, started out as a dreary Sunday morning, a time for relaxation and worship, but before the morning was over Korea was at war. This war would eventually involve people from twenty nations (including North and South Koreans) and would result in civilian and military casualties numbering in the millions.

Many of the casualties were caused by desperate measures—perhaps one of the most notorious of these was the destruction of the Han River Bridge. The North Korean attack had completely surprised the unprepared South Korean military, and the Communist forces quickly advanced toward Seoul. The South Korean government evacuated Seoul on June 27th and on the following day ordered the Han River Bridge to be destroyed so as to hamper the North Korean advance.

Blowing up the Han River Bridge

Except for small ferries, the bridge had provided the only means of crossing the Han River. Thousands of people—men, women and children—crowded the bridge with all their worldly belongings in carts or in bags on their backs in a desperate attempt to escape the fighting. Hundreds of them were killed when the bridge, without warning, was destroyed.
An American war correspondent who survived the explosion described what it was like:

Lit only by the glow of the burning truck and occasional headlights, [it] was apocalyptic in frightfulness. All of the soldiers in the truck ahead of us had been killed. Bodies of the dead and dying were strewn over the bridge, civilians as well as soldiers. Confusion was complete. With the cries of the wounded and the dying forming the background, scores of refugees were running pell-mell off the bridge and disappearing into the night beyond.

It was a horrible tragedy and one that someone had to be held responsible for. Col. Choe Jang-sik, the engineer in charge of the bridge, was executed by firing squad two months later for his role in the debacle. Unfortunately, Choe was nothing more than a scapegoat and had actually been responsible for saving lives by trying to clear the bridge before it was destroyed.

And while the destruction of the bridge may have hampered the North Korean advance, it did not stop it. The North Korean tanks were able to use the adjacent railroad bridge that had somehow been overlooked. It was one of the few things that escaped destruction.

A country destroyed by the Korean War

Photographs from this period demonstrate just how much of the country was destroyed. Not only the infrastructure, buildings and farms were destroyed, but so too were families. Children lost their parents either through death or separation and were forced to fend for themselves on the streets. Some were lucky enough to be taken in and adopted, but many were not. Starvation ruled, and if not for the efforts of the UN many people would have perished for want of food. Even after the war, it was not uncommon to see people digging through the trash.

It wasn’t until July 27th, 1953, that the Armistice Agreement was signed, ending the fighting, but not the war. As no peace treaty has been signed, the two Koreas are still technically at war, and the recent sinking of the South Korean warship Cheonan (2010) and the unprovoked attacks on Yeonpyeong Island (2010) only serve to reinforce this point.

To read more about the Han River throughout history, check this out.