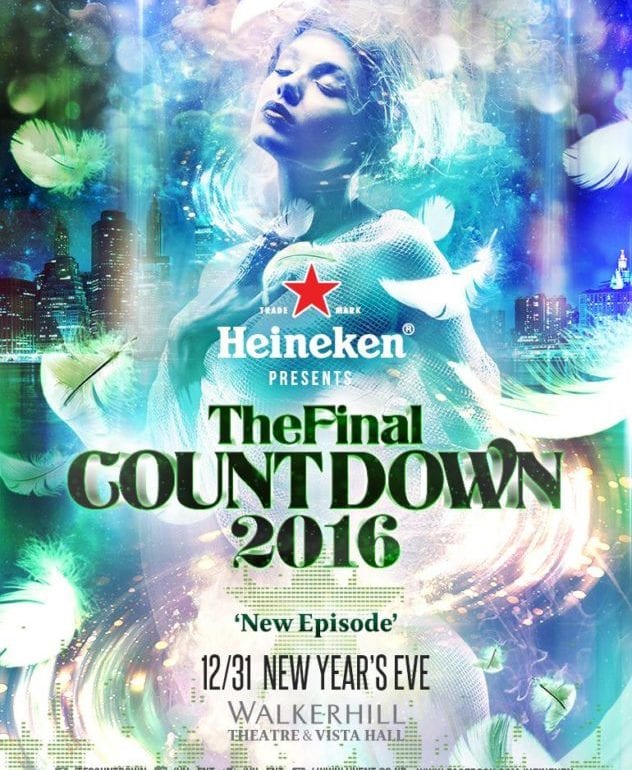 Celebrate the end of 2015 with The Final Countdown New Year’s Eve party hosted by Heineken and VU Entertainment. Dance music fans can usher in 2016 with an explosive night of dance music and hip hop at the Walker Hill Theatre and Vista hall. Last year’s event went down with rave reviews and saw over 6000 visitors cram into the same venue. This New Year’s Eve is set to be even bigger with a massive line up of almost 20 acts spanning two stages and featuring some  of the industry’s biggest names like Firebeatz, Simon Dominic, and Inside Core. Responsible for Korea’s standout dance parties of 2015 (Rainbow Island, 5tardom and Global Gathering Korea), VU Entertainment’s The Final Countdown will easily be Seoul’s best New Year’s Eve dance party.

Early bird tickets are on sale now for a limited time, as well as discounted cinderella tickets for guests born in 1997 who will be allowed to enter only after midnight.