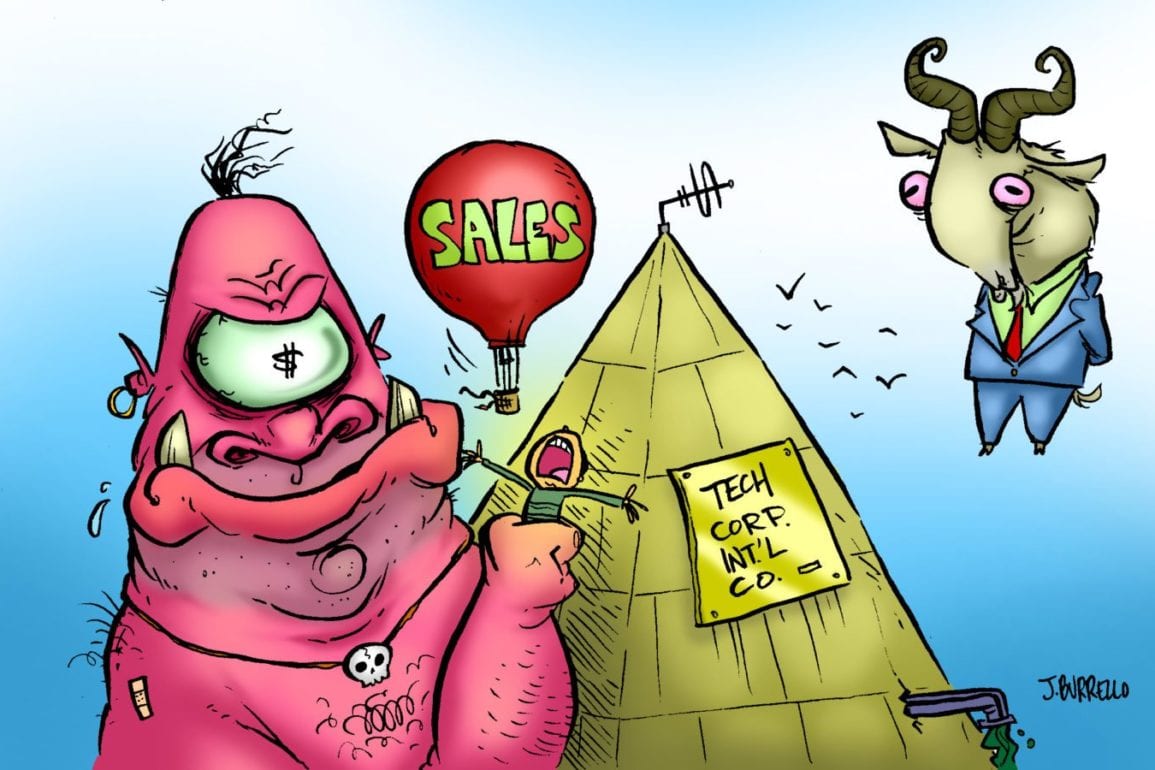 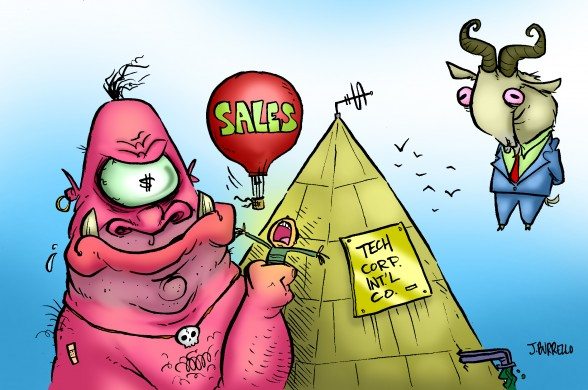 My weird co-teacher, Jay, invited me to what he described as a “technology conference” in Seoul. Having zero idea what that actually meant and it only being my first week in Korea, I acquiesced.

Jay picked me up at 7 am sharp. There was an old woman riding shotgun. He would not introduce us, insisting she didn’t like foreigners, which was fine by me. She didn’t exactly strike me as a barrel of monkeys herself.

The conference center was huge. A beige device on a pedestal was being ogled by people in suits. I felt under-dressed. Before I got a chance to see the doohickey, we were escorted into a mammoth auditorium complete with jumbotrons and pyrotechnics. It must have seated thousands. It all felt vaguely cultish. Throw on a couple cloaks and mutter some Gregorian chants and you wouldn’t be surprised to glance to your left and spy a virgin girl being sacrificed to an ocelot-faced god on a throne made of spinal columns.

Jay tried to explain to me what was going on. Apparently we were about to hear from some American spokesmen. They would announce their future plans, present current financial holdings, award top sellers, and initiate new members. Jay told me that if I joined “his company” and worked for him I could make a profit if I hired sellers beneath me.

“What?” Jay was visibly disturbed. “No, no, no. See, we all work together to make a profit. You broaden your sales network so you move higher up and make more money.”

“That’s what a pyramid scheme is, Jay.”

“But isn’t that a negative term?” I realized I was meant to be his “in” into the American market.

“Look, Jay, I’m not a salesman and it’s my first week at a new job in a new country.”

Jay went on about making money for a secure future and took me down to the front where I shook hands with a man who claimed to have been an ambassador to Israel before he started collecting sellers. “Right, pal,” I think I said, perhaps too audibly. Everyone brought to the stage seemed unabashedly slimy and insincere. Yet the throng of eager followers filling the hall was completely taken in. The old lady from the car? She ate it all up. Miss Personality herself. I tried to imagine her sour puss calling grandkids trying to peddle whatever techo-hokum this snake oil factory was spewing.

“You know, Donald Trump used to own part of this company,” Jay said, still trying to entice me.

“But…he’s rich. And he has a TV show. I don’t understand you, Jonny.” He called me Jonny. Jay hung his head, the dollar bill signs in his eyes fading.

The conference went on for over eight hours. After the tenth sales award was bestowed to a dumpy middle-aged woman brought out on a palanquin covered in balloons paraded through a gauntlet of indoor fireworks, I left the hall and wandered the facility by myself. Jay was defeated. I found the pedestal that had been admired earlier. All this brouhaha over what looked like the world’s clunkiest answering machine.

“This is what they’re talking about in there?”

“Yes,” she smiled. “If you have this device you can see your friends when they call you.”

“So it’s like Skype?” Or Kakao or FaceTime or any other of the hundreds of video chat apps already in use.

She began fidgeting. “This screen lets you see your friends or family.”

The screen looked like a pixelated 1990 computer monitor compressed to about 3-inches. I eyed the hefty pricetag attached to the antiquated gimmick box.