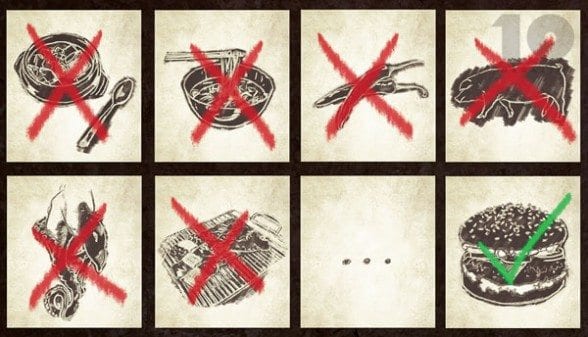 Lucky enough to have hosted numerous guests during my time in Seoul, I go out of my way to provide recommendations tailored to each of them. I regularly reflect upon my experiences in Seoul as to whether they would be enjoyed by upcoming visitors. Of course, many of the most memorable activities in Seoul are centered upon eating. Huddled around a makeshift, soju-bottle-cluttered table sharing bubbling pots of spicy stew and tending to raw bits of meat smoking over red-hot coals at a boisterous restaurant or sidewalk is my personal choice for a most distinctive Seoul experience. I don’t take the privilege of frequently playing tour guide for friends lightly. I constantly revise my shortlist of must-do Seoul dining adventures. Recent houseguests, however, shot this list all to hell.

My guests’ first meal in Seoul is invariably Korean barbeque, and appropriately so. What other Korean meal could be more iconic? I prefer a noisy charcoal barbecue restaurant not far from where I live hidden amongst the bustling, neon-bedazzled alleys of Myeongdong. My houseguests indeed seemed to enjoy that first meal. It wasn’t long before we had no meat remaining to brush with salt, coat with gochujang, pair with a roasted garlic clove and soy-soaked onion, wrap in a leaf of lettuce, and place into our mouths. We promptly ordered a second serving. Later that same evening at another restaurant, thanks to persistent, soju-fueled encouragement from another guest of mine, they sampled writhing sannakji (recently killed and still moving octopus). Eating food that is still moving is no small accomplishment, particularly during your first ever hours in Korea. We were indeed off to a promising start. I looked forward to continuing to show them around and eating with them over the next week.

After the initial successes of that first evening, however, pleasing them became increasingly difficult. It was almost as if all their culinary curiosity and daring was exhausted upon those lone small pieces of wiggling octopus. The following evening I had one of my favorites, gamjatang (spicy pork spine and potato soup) in mind. My houseguests, though, found that suggestion revolting. Myeongdong kalguksu (knife-cut noodle and dumpling soup) was deemed palatable, so much so that in a clear example of tour guide failure, we ate it two days in a row. The dismayed feeling of failed foodie leader began to rear its processed and GMO-laden head. The take-out burgers I brought up to my condo for everybody the following evening did nothing to diminish this. As the week wore on, I found an increasing volume of Starbucks sandwich wrappers in my trash bin. Is that the safe haven these houseguests from hell were escaping to when free of my influence while I was away at work?

Things became desperate during a visit to Suwon. After a lengthy wandering of the unfamiliar streets, including walking in and out of multiple restaurants, in search for an acceptable alternative for that day’s particularly picky houseguest, they simply decided to not eat with us. Out of desperation, and hunger, the remainder of us ate at the very next hole-in-the-wall restaurant we came across. We were too starving by then to be selective. That proved to be a mistake: several of us became ill. Towards the end of their stay, I was presented with the following set of criteria to guide the selection of our next meal together; no soup, no noodles, not spicy, no pork, no seafood, no Korean barbeque. I threw in the towel. I was done. I gave up. I handed them a Chips Guide and asked them to pick out where in Itaewon they wanted to eat. We ate nachos. The nachos were sublime.

[author] [author_image timthumb=’on’]https://10mag.com/wp-content/uploads/2015/02/Lucian_Chung.jpg[/author_image] [author_info]Born and raised in the US, Lucian Chung currently lives in South Korea where he persists in his lifelong loves of thinking too much and creating things. His illustration work, blog, and web comic can be found at lucianchung.com and facebook.com/lucianchungart.[/author_info] [/author]