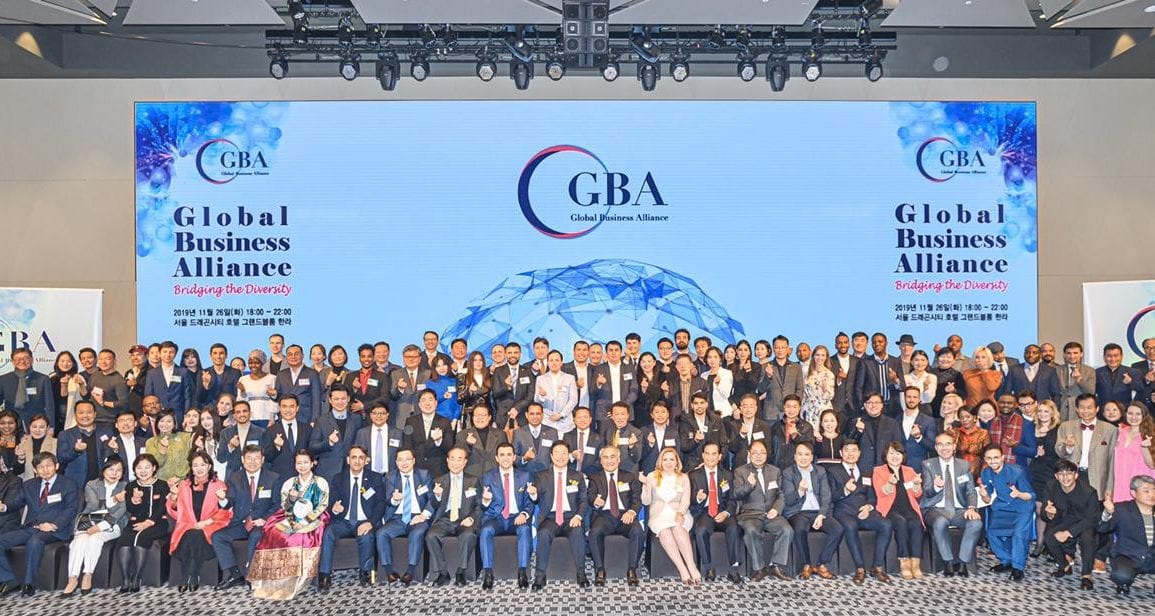 The Global Business Alliance (GBA) held its official launch event on Tuesday, November 26th at Dragon City Hotel, in the presence of some 650 potential members and representatives both inside and outside of Korea.

Founder and Chairman of GBA Oh Sinan Ozturk thanked former Secretary-General of United Nations Ban Ki-Moon, Mayor of Seoul Park Won-Soon and all other invited distinguished guests for their support and commitment to the launch. He stressed the primary focus of GBA is to support and create business for Korean and foreign business owners. It will also seek the opportunity to work with other international business organizations to support business-friendly policies and opportunities.

GBA consists of Korean and foreign entrepreneurs, Diplomats/Trade Counselors, and startup leaders who aim to do business in Korea or abroad. The aim of the new organization is to foster new business relationships between Korean and foreign companies. The GBA plans to provide a wide range of services to its members – both to those based in Korea as well as to those looking to do business in Korea. It will develop the capability to support any inquiries from its members of a commercial nature and allowing it to offer a full range of advisory services regarding trade and investment opportunities. It will undertake a range of promotional activities aimed at raising the profile and awareness among the member`s countries, as well as providing networking opportunities for its members at regular, formal and social events.

“I wish GBA’s activities and its values may spread out from Korea to over 100 member countries leading to global peace and prosperity,” said Seoul Mayor Park Won-soon. Also in attendance was UN Secretary-General Ban Ki, who stated that he “recognized the great deal of effort that had been undertaken in recent months to launch the new venture, and … with its amazing launching today as an excellent global business model, I hope that GBA not only plays the role of a global organization for global peace and environment development but also becomes a window of diplomacy.”

You can find more information on the Global Business Alliance at their 10 Directory listing here!