Fifteen things to do in one day in Osaka 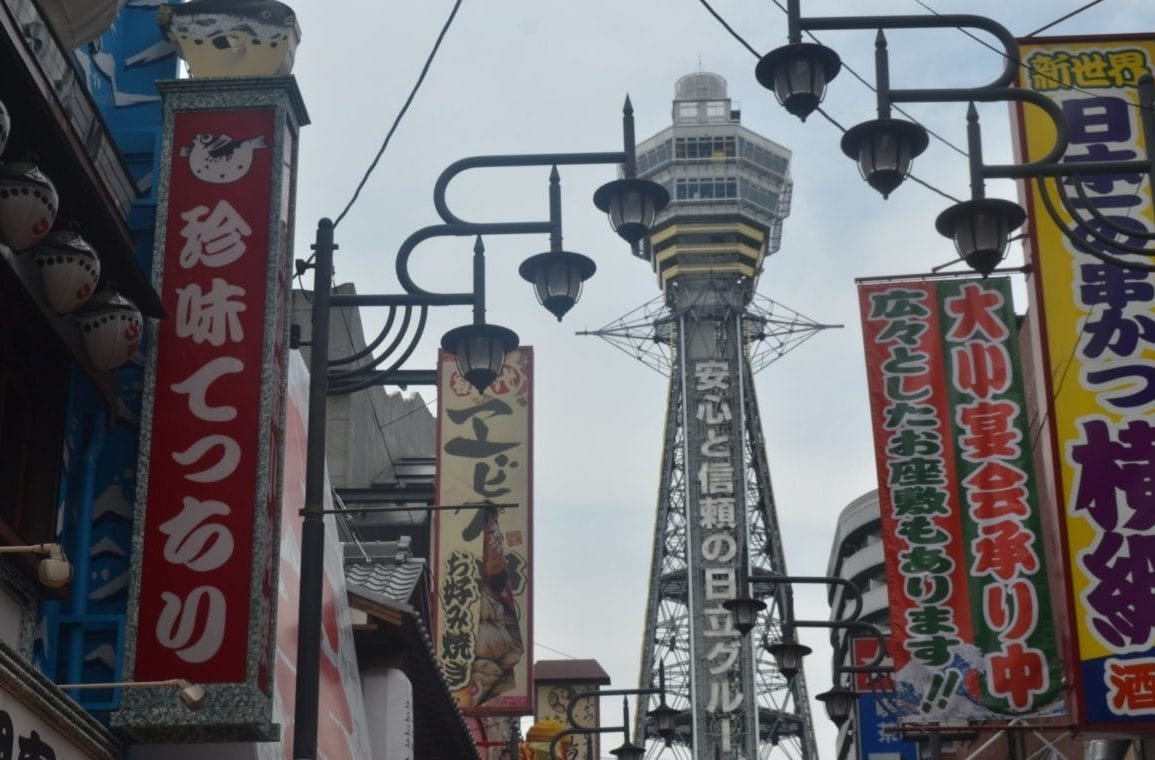 I like to think of Japan as the Britain to Korea’s America. It’s the island nation across the pond, and everyone drives to the left. Whether you’re a foreigner in Korea or a native, if you’ve spent a significant amount of time in Korea, you’ve developed an awareness of our neighbors to the East. Osaka is the country’s second-biggest city, and it’s cheaper and easier to get to than you’d think. Often overshadowed by its world-famous sister city Kyoto, Osaka is actually the perfect place to consider for a weekend trip when you need a break from the Seoul-Busan circuit.
I recently went with my boyfriend for one day and two nights before rushing back to Seoul at the crack of dawn Monday morning. Just a 2-hour flight from Seoul, here are fifteen things you can do in one day in Osaka.

Go to a bar 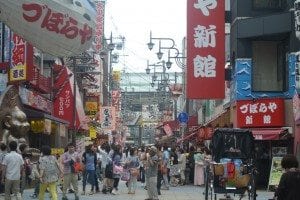 No matter what time it is—and drink hot sake and eat fried foods. The sake will be hot and alcoholic, and the food will be fried to crispy, greasy perfection.

Go to another bar and order through a tablet.

Because the only way to follow having eaten two means back-to-back is to eat a third meal.

Watch one of the earliest sunrises you’ll see in this world.

Seriously, the sun started rising at about 4 a.m., even though everyone I was with told me I was just drunk.

Marvel at the love-motel technology

lights for every angle of the bed, sounds you can control through the headboard, a marvelously-efficient bathroom. Wow! Japan! So technology! Cool!

Wake up six hours later not as hungover as you thought because of all the food you ate the night before. 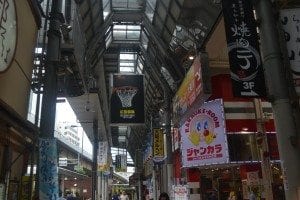 Swig your sake—only one day in Osaka. Must. Keep. Going.

We stayed in two motels in our two nights in Osaka, both clearly designed for lovin of the “pay per hour” nature. And still, not only did we not receive keys while checking in, but when we inevitably locked ourselves out, we encountered confusion, like why were we locking our doors anyway? Finally, an Australian friend who had lived in Japan explained that you don’t lock your seedy love-motel doors here. Apparently the honor system is alive and thriving in Japanese love motels.

Go to a temple 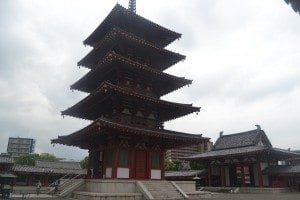 Osaka is known for its temples and shrines. My friends and I went to Shitennoji Temple, which is one of Japan’s oldest temples. It was designed based on the Amida Buddha’s descriptions of the Western Paradise, and it is stunning. Go before you’re drunk, plus it closes at 4 p.m. Get there: take the Tanimachi Subway line to Shitennoji-mae-Yuhigaoka station and walk from there.

duh. Anyone for whale bacon? It was amazing.

As a person who thoroughly, actively, and enthusiastically hates squid, I’ve got a confession: I enjoyed tempanyanki. Those hot, fried, puffed squid balls are drizzled in sauces and covered with bacony flakes. I barely even noticed the squid, and when I did encounter a bit, the tempanyaki was still too good to throw away (I simply ate around the nasty bits).

Japanese beers thoroughly demonstrate the home-court advantage. Outside of Japan, you can get standard Japanese beers. But inside Japan, beer companies have gotten creative, and what results are the beers you’re used to with a variety of options. Try them all, but try the extra-strong lemon Kirin for sure. 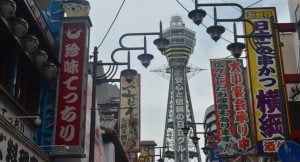 Go up to Tsutenkaku tower, and explore that entire area.

From sex shops to sushi bars to arcades and more delicious tempanyaki, this is an area with a lot to see.

Take your time exploring their semi-outdoor mall areas, where you can people watch, eat, or go to an arcade.

A type of savory pancake that is an Osaka specialty. Be grateful that you’ve finally figured out what you’re doing with your life.

Watch a masked magician perform card tricks in Japanese on the street.

Be confused, and delighted.

These are the fifteen things my boyfriend, friends, and I squeezed into a day in Osaka. Is there anything I missed?