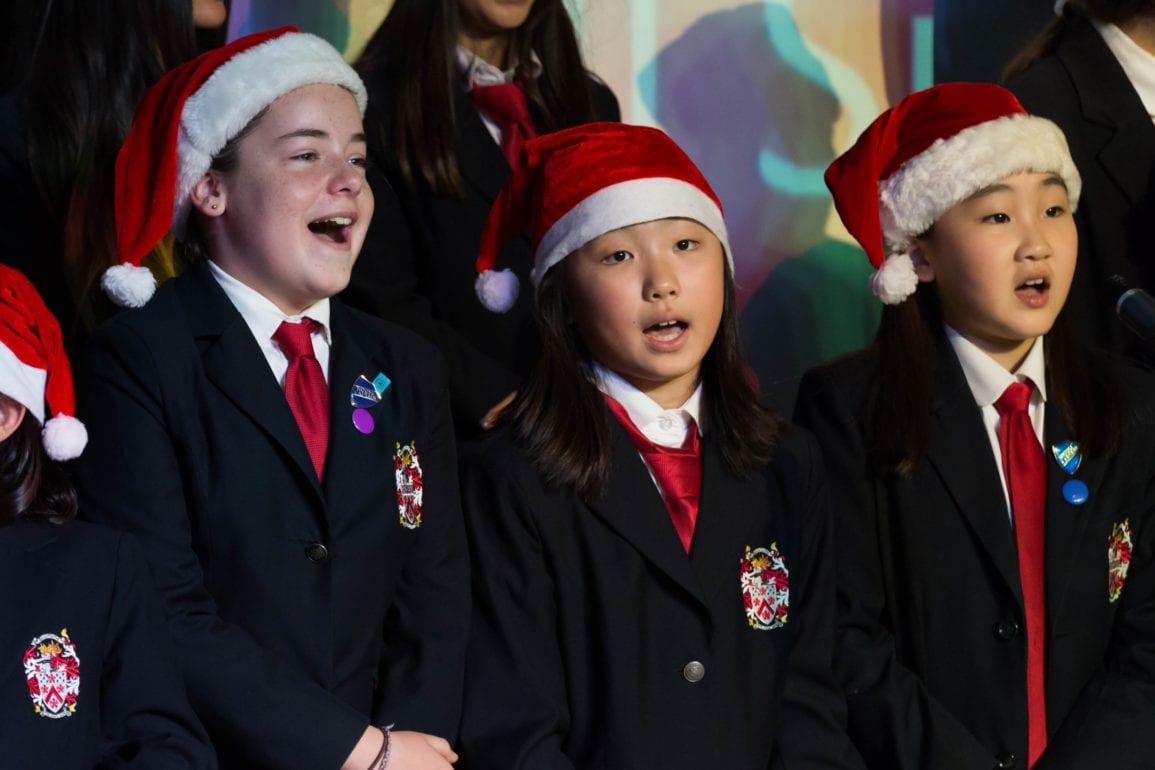 Dulwich College Seoul’s combined choirs and musical ensembles totaling 120 students performed Christmas carols at the Seochu-gu campus yesterday evening. The performers, who range in age from eight to 18 years, sang traditional Christmas carols such as “Deck the Halls” and “Joy to the World” as well as songs from “Polar Express,” a popular Christmas movie, among others.

The performance was designed to reinforce students’ cultural awareness of Christmas and to create a community atmosphere among students of different ages and countries of origin through music. The students performed for parents, teachers, and friends.

“Because music is a source of wonder and joy for many people, we provide a wide range of opportunities for students and the general public to experience it,” said Vera Mitford, Director of Music at Dulwich College Seoul. “This year, students will be able to build confidence through a series of Christmas concerts and give audiences a warm holiday season through their performances.”

The students started the season by singing carols to neighborhood seniors as part of an annual event for the local community on December 5 at Blue Bird Children’s Park opposite the school. Next, they spread cheer for the guests of the annual British Chamber of Commerce in Korea Christmas Lunch at the Conrad Seoul Hotel on December 6.

Also, on December 12 the students will conduct an open-to-the-public performance at Grand Intercontinental Seoul Parnas Hotel for about an hour from 6 pm. Each Christmas season the school’s choirs sing for the community in public places such as parks, churches, and hotels around Seoul.