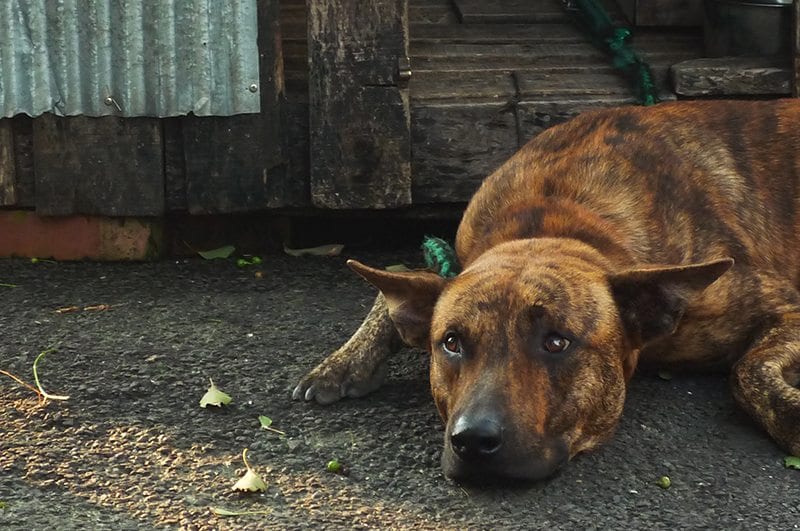 The Humane Society International (HSI) has made headway in its campaign to end the dog meat trade in South Korea — The only country in the world that breeds dogs in factory-like farms for meat. After freeing 103 dogs from a farm in  Chungcheongnam-do earlier this year, the team have finally demolished the farm’s cages and are now working with the owner to transition to rice farming instead. The farm is the third of its kind the HSI has closed this year.

HSI’s director of animal protection and disaster response, Adam Parascandola, applauded the development. “Few things are more exciting than breaking down cages that once held suffering animals,” he said in a statement.

Mr Parscandola said he hoped the farms closure would encourage other farmers to abandon the dog meat trade in favor of more humane produce.

“By allowing us to demolish these cages, the farmer has demonstrated a commitment to abandon the dog meat trade in favor of a humane trade.. We hope other farmers follow suit.”

All 103 dogs rescued from the farm, many of whom were puppies, have now been transported to the US where the San Francisco SPCA will care for them until they can be adopted out.

HSI’s director of companion animals and engagement, Kelly O’meara, is optimistic the dog’s will transition well into their new homes.

“The first time we saw the dogs, it was really shocking. They were clearly terrified, but once they realized we weren’t there to hurt them, their tails started wagging, eager for the slightest show of affection… These dogs are going to make wonderful canine companions,” She said.

In South Korea, more than 2 million dogs are bred each year for the dog meat trade. They are almost exclusively bred on small-scale factory farms, unlike in other countries such as China, where the dog meat trade is largely made up of dogs stolen from the streets. However, the dog meat trade is increasingly viewed as a shameful practice by a growing number of South Koreans and many farmers come under pressure from local communities to end the trade. HSI is working with farmers to close their dog farms and switch to alternative income streams.