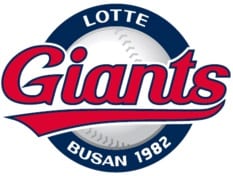 The 26,600-seater baseball stadium was constructed in October 1985. The stadium was initially built as a multi-purpose sports complex to hold various events, such as soccer and football, including baseball. The infield grandstand, therefore, was designed to be adjustable; however, the stadium holds baseball only, thus requiring no movement of the infield stands.

Ride on Line 3 to Sajik station (사직역) and leave out exit 1. At the first intersection, turn right and continue until you see the stadium. There are also several buses that run to Sajik Baseball Stadium (사직야구장) bus stop, that is located right in front of the stadium.
051-590-9000
http://www.giantsclub.com/eng/
Sajik Baseball Stadium, Sajik-ro, Sajik-dong, Dongnae-gu, Busan, South Korea