One of the adjectives I’ve always used to describe life in Korea has been “transient.” In the ten years I’ve lived here I’ve seen a lot come and go, with only a handful of people, institutions, and venues standing the test of time. Change can be a good thing, and the constant shuffling does keep things fresh and allows new people with new ideas opportunities to take a shot at making their mark in turbulent market.

One of the most recent come/go venue changes in the Itaewon area was the placement and replacement of the London/New York 24 lounges. These places were mere meters apart and really suffered from some horrible marketing and management decisions. The choice to deny entry to all foreigners in the most bustling foreign district in Korea, along with placing barkers with megaphones and whistles directly in front of the venues not only turned people off, but also indirectly sabotaged other businesses that shared the buildings.

Thankfully, the cleansing fires of failure have washed away the pair, and this weekend a new group will get a shot to bring a successful concept and venue to one of those amazing locations on Itaewon’s main street.
Decibel’s (https://www.facebook.com/clubdecibel), prime location next to the crosswalk near the fire station guarantees it high visibility and loads of foot traffic. The space isn’t large, but with the exception of a few spots Itaewon isn’t known for having large venues, and it should be quite easy for them to draw people in to check it out, as long as they learn from others’ past mistakes and avoid the crass and annoying tactics used by some of the previous tenants. Some very experienced people have thrown in their lot with the Decibel camp, including management from Club Octagon, music director DJ Sang (Rococo, Volume, Listen) along with DJs Nov, Vesper MJ, and more.

We’ve learned that Decibel will strive to deliver a solid deep/tech/house vibe, which should match well with their size and décor. All the pieces seem to be in place to make it a good mid-sized venue, but Decibel will have to work hard to find that special something to set them apart from the handful of surrounding venues that are pretty much doing the exact same thing. 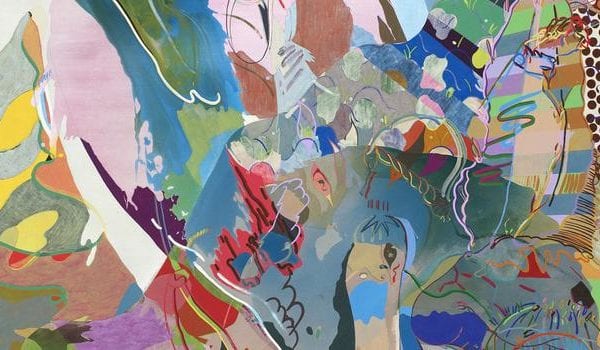 To see what Decibel has to offer this weekend for their grand opening, use the maps linked here, and simply mention 10Mag at the door for FREE ENTRY until 12AM.