In The Kitchen with La Celtique 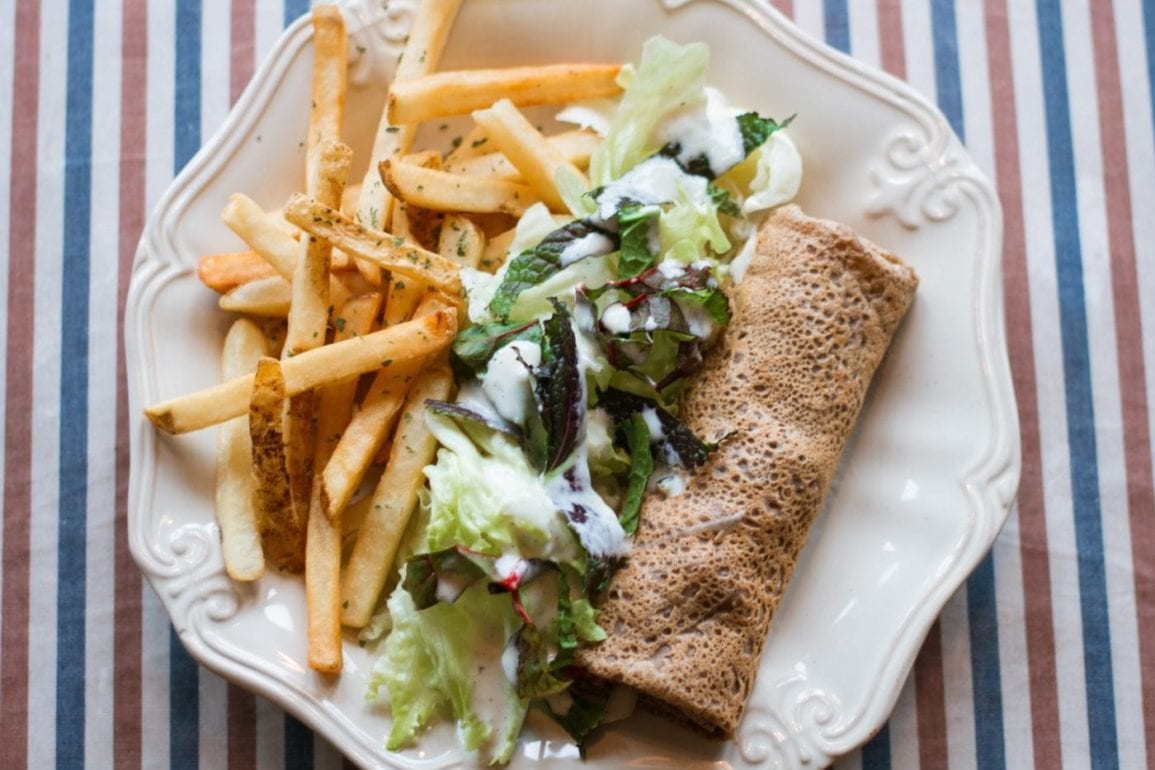 The Best Crepes in Seoul: In The Kitchen with La Celtique

“How is La Celtique different from other French restaurants in Seoul?” I ask.

Monsieur Charles Duval blinks once. His hands stay folded and a smile stirs across his face as he leans in. He is waiting for the right words.

“I only make crepes.” 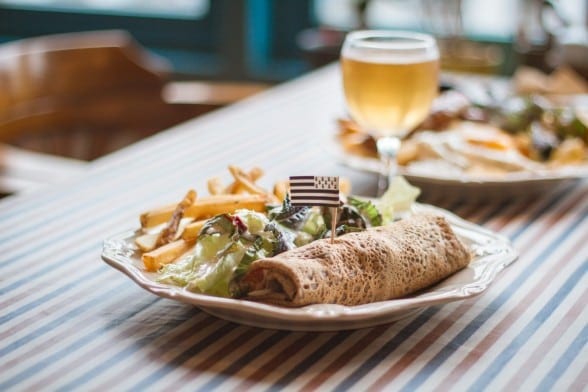 A proud Breton, Duval is a specialist in crepe-making. His restaurant, La Celtique is a tasteful incubation of his hometown, Bretagne, France. Whilst crepes are popular in Korea, there are few restaurants that dispense crepes in Seoul with the authenticity that La Celtique can muster. Youthful Sinchonians who frequent the creperie trade the outside bustle of Seoul, for a taste of France inside: ambrosial French pop mingles with a cacophony of utensils clinking against the kitchen ceiling, the soundtrack to a scene of wooden tables, French guidebooks, creased maps, models of sailboats in a sea of porcelain pots and coffee mugs, and posters of Bretagne hugging the walls. The sizzle of meats and cheese wafts through the restaurant, which is no bigger than a studio apartment. La Celtique is not only Duval’s restaurant, but his identity. 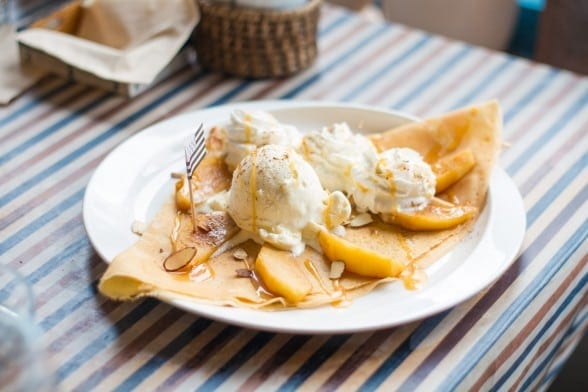 The restaurant’s intimacy reflects Duval’s culinary origins. As a child, Duval learned to cook with his mother in Saint-Brieuc, a coastal commune in Bretagne that boasts thin buckwheat crepes and cider. Duval later found himself in La Reunion, a French island hovering east of Madagascar. For 14 years, he dedicated himself to teaching physical education, sailing and scuba diving.

“So, how did you find your way to becoming a chef in Korea?”

Duval does not hesitate with his answer: “I wanted to change my life completely.”

Duval is the quintessence of the mystical some-day-but-not-today fresh start. Still, Duval sated his wanderlust around a sturdy cultural base, by reviving his passion for cooking. A phone call with Yu Yeongjin, a friend he had become acquainted with in a French bakery, led to a plane ticket to Korea. In 2009, the two founded La Celtique. 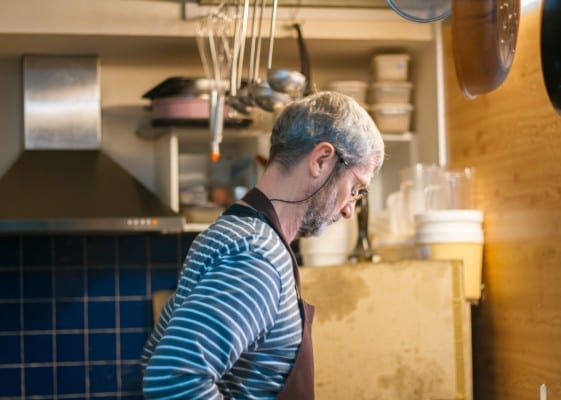 Duval’s cooking is simple and from scratch.  Apart from jams, cheeses, and ciders that are imported from France, all his ingredients are domestic. Every crepe, sweet or savory, is homemade by him or Yu. “I make my own sausages, too,” Duval adds.

“Is there any Korean influence in your dishes?”

Duval shakes his head—many, many times—and furrows his brows. “No. I want to give customers authentic crepes, so they can taste something real, and new. Then when they visit Paris, or France, they will know what to look for.” 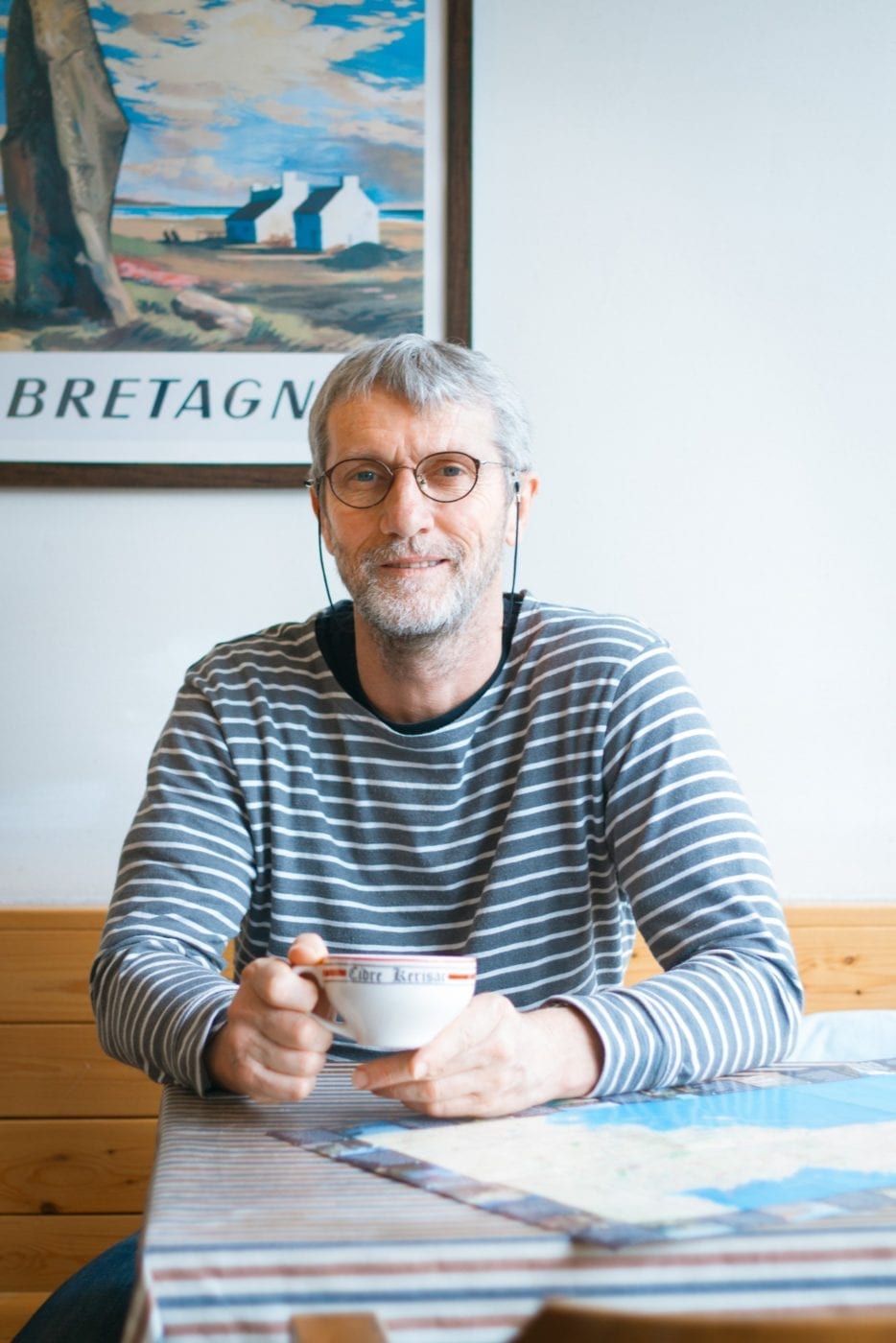 He folds the map of Western France he had laid out on the table moments ago—a map he often shows his customers, to garnish their food with stories—and puts on his apron.

“I want to show them the identity of Bretagne.”