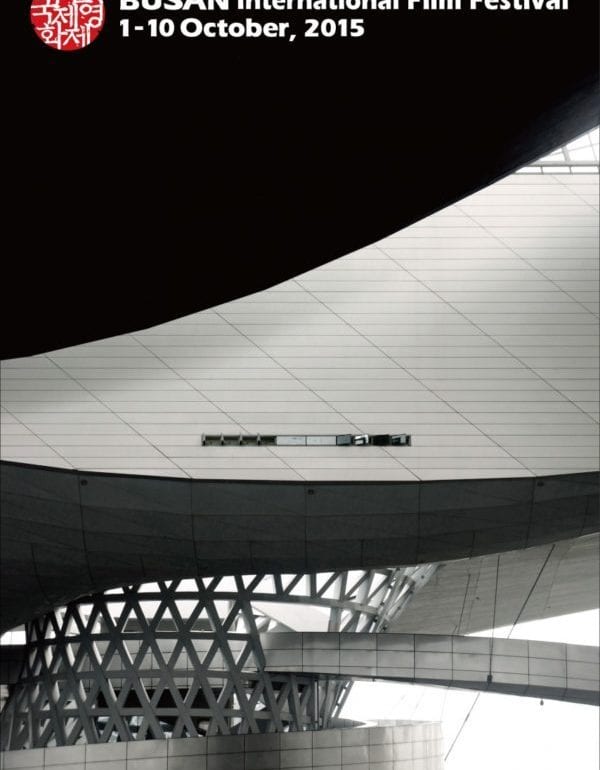 A Bonanza Of Brilliant Films In Busan

Yes, it’s that time of year when the film fans flock down south for Korea’s biggest cinematic extravaganza – BIFF – the Busan International Film Festival. Celebrating its 20th birthday this year, the festival promises a whole host of incredible movies and we’ve picked out the best of the best for you. Look below for highlights from some of the biggest and best categories of BIFF and leave your recommendations in the comments.

Starting tonight you’ve got a chance to see eight amazing movies on the festival’s big outdoor screen, the BIFF Theatre. Every night at 8.00 the 4,000 seat venue will be home to some of the best cinema from around the world. Tonight it’s the turn of My Neighbour Totoro, the classic Hayao Miyazaki animation. Plus over the next week you’ll have a chance to see Piero Messina’s The Wait (Juliette Binoche stars in a tale of family tragedy), Raman Hui’s Monster Hunt (3D action and animation from the co-director of the Shrek series), Frankie Chen’s Our Times (a teenage romcom getting its international premiere at BIFF) and Kwon Oh-kwang’s Collective Invention (A bonkers tale about a perverted fish-man). Something to please all tastes!

With 35 films including 25 world premieres, the Korean Cinema Today section promises some great watches for those who prefer Hallyu over Hollywood. Highlights include O Muel’s Eyelids (A strange and soul searching film from the director of the award winning Jiseul), Hong Sang-soo’s Right Now, Wrong Then (Winner of the Golden Leopard at this year’s Locarno International Film Festival) and Yi Ji-sang’s The Battle Of Gwangju (A world premiere from a prolific indie director making his commercial debut). Plus there are screenings of Ryoo Seung-wan’s Veteran, Shin Su-won’s Madonna and Choi Dong-hoon’s Assassination.

Hidden Masterpieces of the 1960s

As always BIFF brings some classic Korean films back into the public eye and this year the focus is on “hidden masterpieces” – films from the 1960s that have been overlooked and deserve some attention. The eight selected films range from horror to animation to high drama and are sure to please devoted fans of classic cinema.

BIFF has brought together 50 incredible international releases to include in its World Cinema line up and there are some startlingly good films on offer. We will be treated to the world premiere of Charles-Oliver Michaud’s Anna (A Canadian drama about human trafficking), Miguel Gomes’ Arabian Nights (An epic three volume exploration of contemporary Portugal using the One Thousand And One Nights as its foundation), Michel Franco’s Chronic (Starring Tim Roth, this Mexican production won the Best Screenplay Award at Cannes this year), Alejandro Amenabar’s Regression (Emma Watson and Ethan Hawke star in this supernatural thriller from the maker of Open Your Eyes) and Jocelyn Moorhouse’s The Dressmaker (An Australian tale of murder, love, alienation and sewing starring Kate Winslet and Liam Hemsworth).

Short film and documentary fans will be pleased with the large selection on offer in the Wide Angle section. Though it’s in the Documentary Showcase sub-section that some real gems lie. You can catch showings of Alexandr Sokurov’s Francofonia (Fresh from the Venice International Film Festival, the man who made Russian Ark gives us his take on the Louvre), as well as screenings of Umesh Aggarwal’s Jai Ho (an in-depth look at India’s leading composer, A. R. Rahman – best known for his work on Slumdog Millionaire).

There’s much more to see at the Busan International Film Festival and thanks to their excellent website you can find all the info you need in both Korean and English. Films are showing at the Busan Cinema Center, CGV Centum City, Lotte Cinema Centum City, Megabox Haeundae, Sohyang Theater Centum City and Megabox Busan Theater until October 10th and this year’s festival promises to be even better than the last. So, pack your bags, head down to Busan and enjoy some of the best cinema on offer!