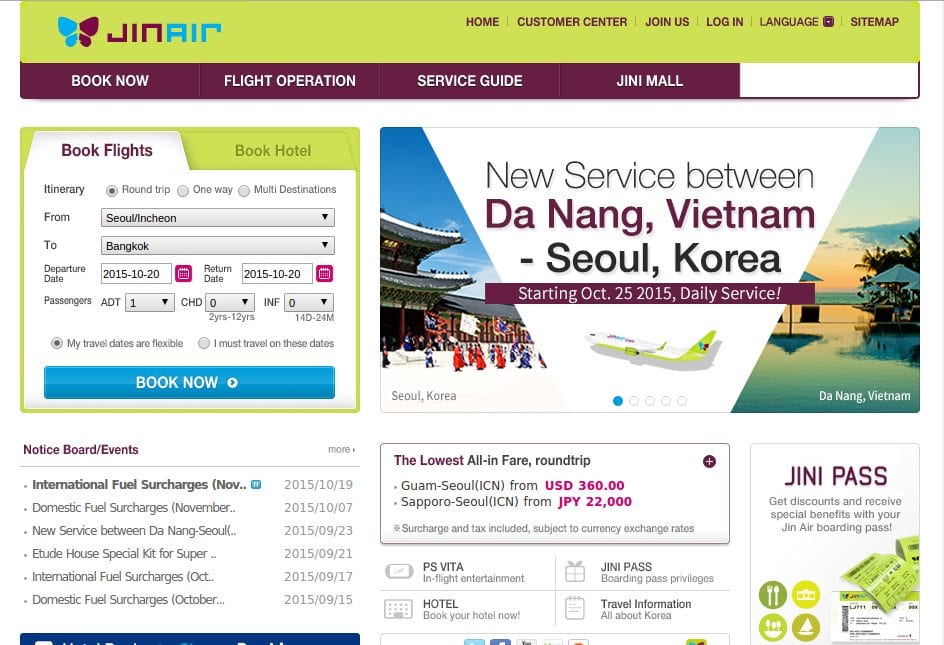 On October 1, Daegu based airline T’Way launched its third international flight to Guam. The airline also offers flights to Shanghai and Osaka. On the same day, Easter Jet began offering flights from Jeju to Bangkok. The airline reports a 98% seat occupancy on average for all its flights. Air Busan soon followed with its own flight to Guam and three other international locations in Vietnam and China. It plans to offer regular flights from Busan to Sapporo by 2016.

King of budget airlines Jeju Air currently offers flights to 24 international destinations and is still expanding. By December, the airline plans to offer flights from Busan to Okinawa and from Incheon to Danang, Vietnam. Jin Air, currently operating four international flights, has plans to launch more flights from Incheon to Southeast destinations such as Danang, Boracay, Phuket, and Hanoi.

In fact, with the aggressive expansion of low cost carriers, major airlines are facing a serious threat. Korean Air and Asiana Airlines no longer have a monopoly on flights to Guam and Saipan, and Jeju Air took Korean Air’s place with the highest volume of international passengers last year. For the first time in history, Korea’s two major airlines’ share of international flights has fallen below 50%.