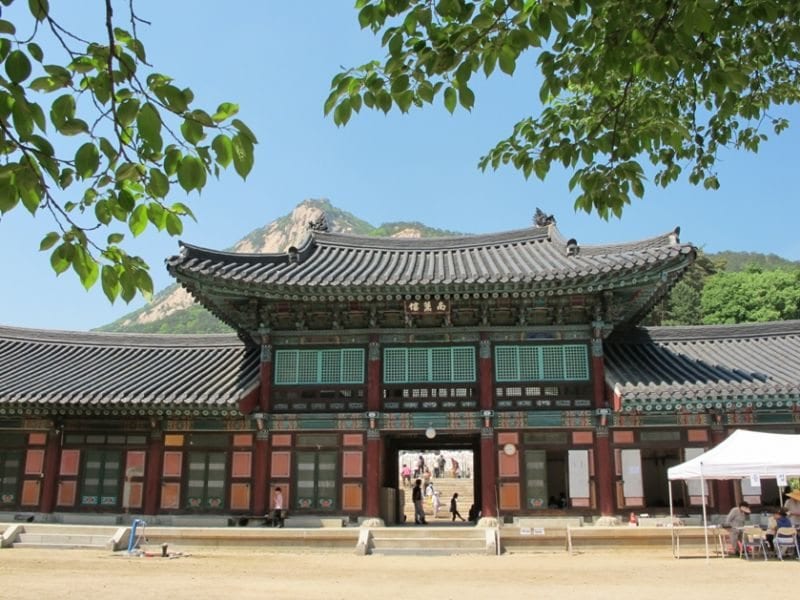 Words and shots by Rainer Rippe

If you want to see Bongamsa Temple (봉암사), you first have to become a monk. They don’t let anyone else even come near—unless you go there on Buddha’s birthday, which is April 8th on the Lunar Calendar (Friday, May 17th on the solar calendar for 2013!). This is the only day this year the temple opens its gates to the public, and you shouldn’t miss the opportunity! 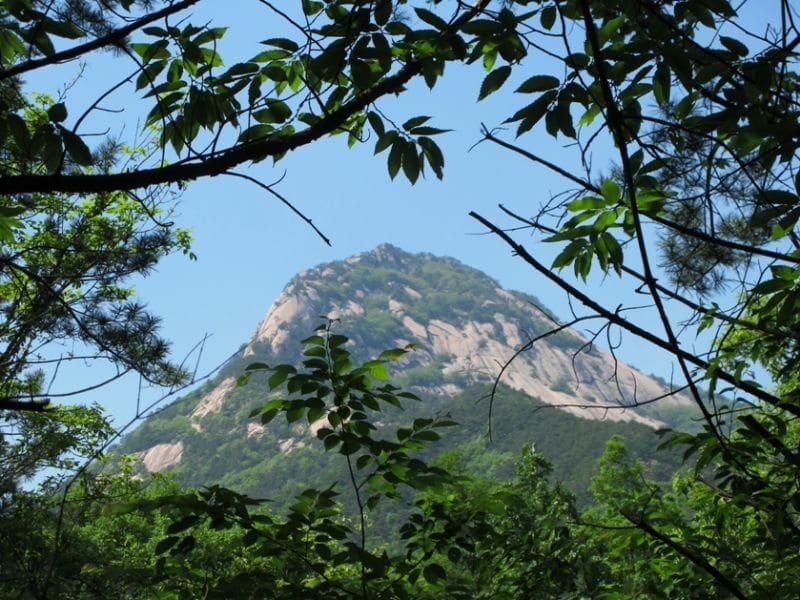 Founded in 897 AD, Bongamsa is one of the “Nine Mountain Schools of Zen”, the oldest centers of Zen meditation in Korea, which were designed to suit an ascetic life. At Bongamsa the monks meditate for more than eight hours a day and don’t want to be disturbed. Far from the maddening crowd, they lock themselves up in a remote valley in North Gyeongsang Province at the foot of the 998m-high Mt. Huiyangsan (희양산).

Lanterns in all colors, decorated with Buddhist symbols, show you the way along a crystal-clear stream that runs through a lush green forest in Mungyeong (문경). After a pleasant walk through this beautiful scenery you arrive at the temple entrance. 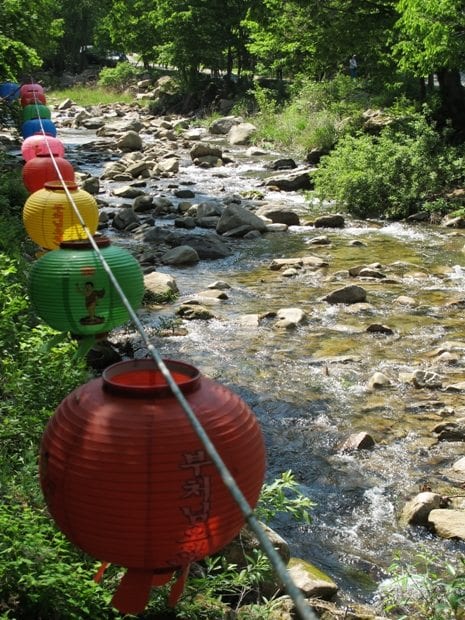 Only a few steps more and there it is: A sea of white lanterns hanging from scaffolding, surrounded by ancient temple buildings, with the impressive granite peak of Mt. Huiyangsan in the background. Take your time to soak up the atmosphere and the energy. For a donation you can get a paper streamer to write a wish on and stick it to one of the lanterns.

The Nirvana Hall right next to the Main Hall has a two-story roof that looks like a pagoda. Legend has it that Japanese troops tried to burn the building during the Imjin War (1592–1598) but the billet they threw onto its roof miraculously burned itself out without harming the structure.

To celebrate Buddha’s birthday, you will be offered a free lunch consisting of bibimbap, rice cake and seaweed soup. There aren’t enough tables for all the guests, so bringing a picnic blanket would be a good idea.

Then take a short walk to Baegundae, an idyllic spot used by the monks to relax and meditate. There, a pristine stream passes the relief of a Boddhisattva that was carved into a rock in the late Goryeo era and boulders decorated with Chinese characters. Of course this day is busy with lots of visitors but very enjoyable even so. You can imagine the tranquility of the place when the monks are by themselves again.

To get there, don’t take a bus to Mungyeong but to Jeomchon (점촌) from Dong Seoul Bus Terminal near Gangbyeon Station (line 2). From Jeomchon City Bus Terminal, local buses depart for Bongamsa at 7:40 am, 9:40 am, 1:40 pm, 5:40 pm and 7:10 pm. The trip takes about half an hour and the bus drops you off at the main road. Shuttle buses connect the stop with the temple but it’s much nicer to walk. If you travel by car, put this into your navigation system: 경북, 문경시, 가은면의, 희양산문. For more information go to: www.bongamsa.or.kr