BIK Students Present Donation to the Myongdo Centre for Children 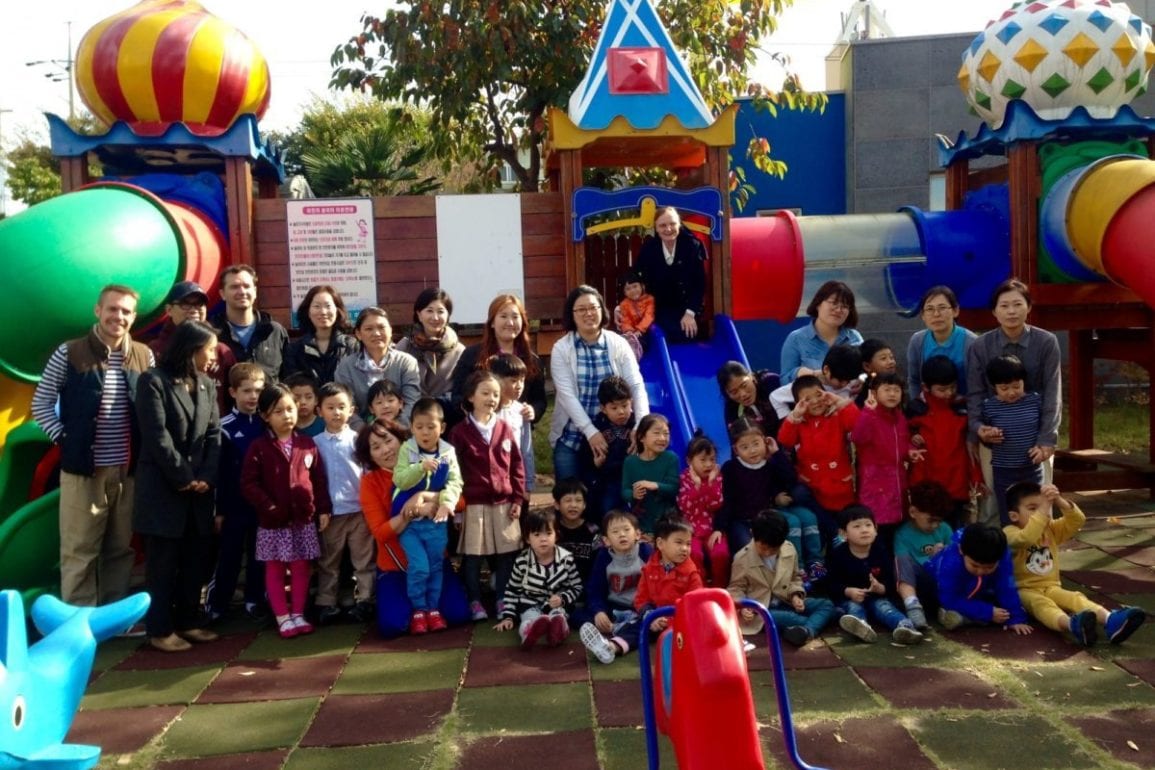 BIK Students Present Donation to the Myongdo Centre for Children

As part of the British International Kindergarten Hannam 10th Anniversary celebrations, students from the school recently took a residential trip to Mokpo, where they presented a cheque for 4 million won to the Myongdo Centre.

“Charitable donations such as BIK’s are vital for us to provide education to young children with disabilities or from impoverished backgrounds,” said Myongdo founder, Sister Gerardine Ryan.”We have enjoyed a friendship with BIK Hannam for almost a decade and so our students look forward to the visit of their BIK friends.”

The students attending were just some of those who had created works of art, auctioned at a gala event for parents to contribute to fund raising efforts.