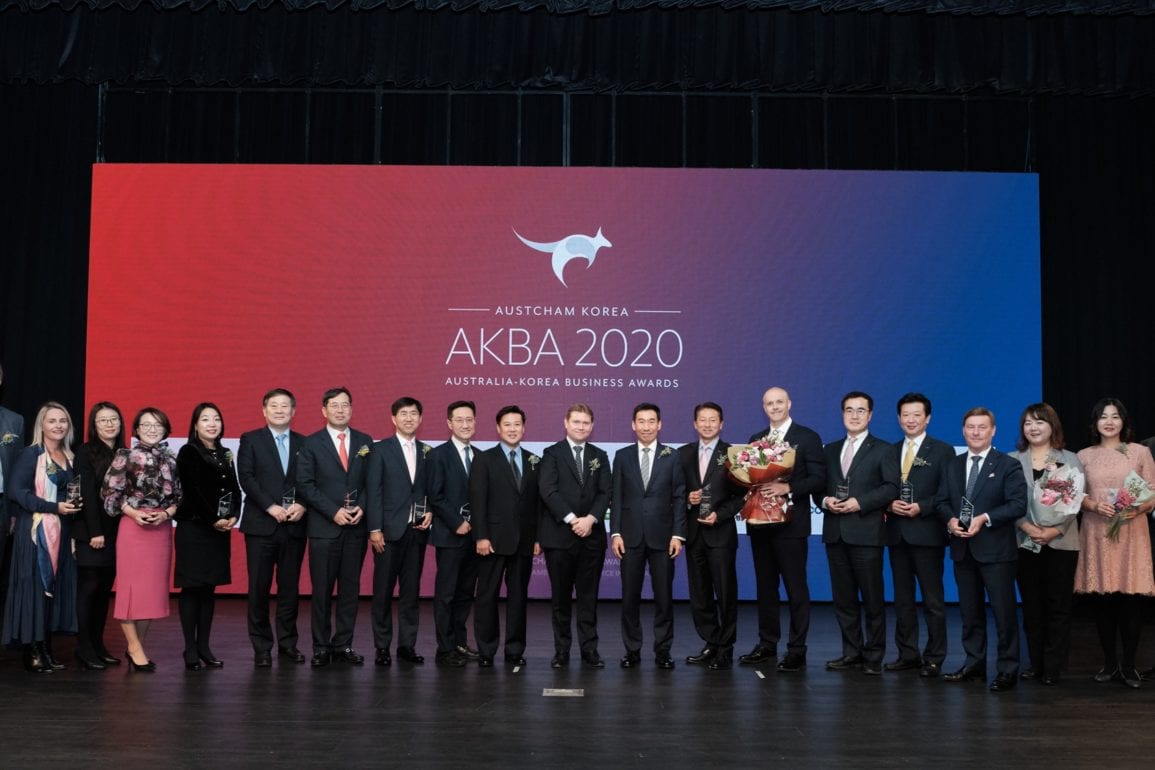 Australian Ambassador to Korea H.E. James Choi (center right) and Chairman of the Australian Chamber of Commerce in Korea Chris Raciti (center left) pose with the winners of the 2020 Australia-Korea Business Awards at the Grand Hyatt Seoul on January 31.

The Australian Chamber of Commerce in Korea (AustCham Korea) hosted the 2020 Australia-Korea Business Awards at the Grand Hyatt Hotel in Seoul on Friday evening. Over 200 dignitaries attended the high-profile event, which was held to recognize companies and individuals who have made significant efforts in expanding trade relations between Korea and Australia.

The occasion featured welcome addresses by H.E. James Choi, Australian Ambassador to Korea, and Mr. Chris Raciti, Chairman of the Australian Chamber of Commerce in Korea, who highlighted the deepening confidence businesses have in each other’s economies.

Regarding the awards, Business of the Year went to Australian bank Pepper Savings Bank for its consumer banking efforts, including providing loans to SMEs and creating jobs in Jeolla and Gyeonggi Provinces. Macquarie Group, celebrating 20 years in Korea, took Corporate Social Responsibility honours for providing volunteers and donations to a wide range of charities in Korea. Australian firm IFM Investors in partnership with Hanwha Asset Management and Hyundai Investments won the Financial Services category for launching a US$420 million infrastructure debt fund in Korea.

AustCham Korea received applications for awards from the local community in November and December. The winners were selected by a panel of expert judges from the public and private sectors.

This year marks the sixth anniversary of the Korea-Australia Free Trade Agreement (KAFTA) and implementation continues to progress smoothly. Since the free trade agreement took effect in December 2014, bilateral trade has increased by more than 15%.

According to the Australian Department of Foreign Affairs and Trade, Korea is Australia’s third-largest export market, with key exports including coal, liquefied natural gas (LNG), iron ore and beef. In particular, in 2018, year-on-year Korean imports of Australian LNG increased 50% to AUD 5.7 billion; bottled wine went up 37% to AUD 18 million; sheep meat went up 29% to AUD 149.3 million; and fresh and frozen beef went up 25% to AUD 1.4 billion. Australia’s key imports from Korea include refined oil, automobiles and electrical equipment. 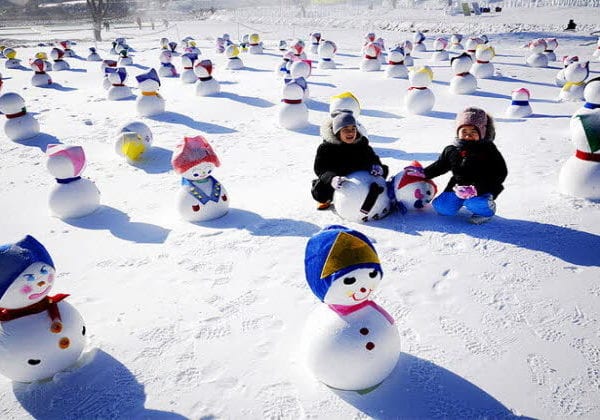 10 Things To Do In South Korea This February

“For more than ten years, the AustCham Korea Business Awards have been celebrating and recognising exceptional companies, organisations, and individuals that have contributed to the expanding Australia-Korea business relationship,” remarked Mr. Raciti. “The awards ceremony, which is the chamber’s premier event, demonstrates the success of liberalised trade between our two countries.” 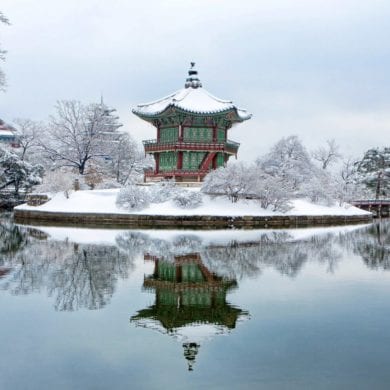 19 Of The Best Winter Activities In Korea
We use cookies to ensure that we give you the best experience on our website. If you continue to use this site we will assume that you are happy with it.AcceptPrivacy Policy