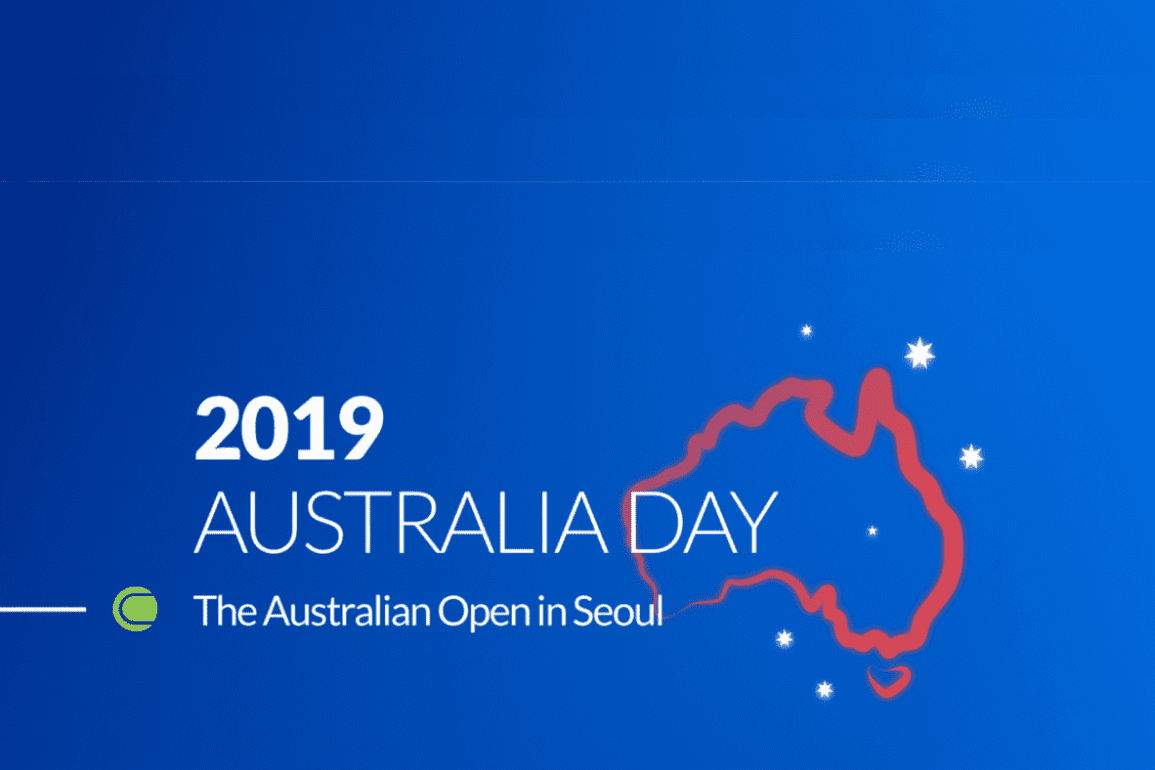 January 25th 2019- With the theme of “Australian Open” in Seoul, the Australian Embassy hosted an Australia Day celebration to highlight the achievements and successes of the country on their official national holiday.

By utilizing the theme of the “Australian Open” – the country’s national day reflects the role that the tennis tournament had in bringing Korea and Australia together. Last year, during the 2018 Australia Open, Korean tennis player Chung Hyeon’s incredible run at the Australia Open in Melbourne came to a finale against Roger Federer. Chung Hyeon’s achievements were a proud moment for Korea and stunned tennis fans here. As part of the events of the evening, Chung Hyeon himself left a video message, as well as the semi-final game being shown on all of the large screens in the ballroom.

Inside The Grand Seoul’s Grand Ballroom was a small tennis court (with comically large tennis balls and rackets), guests could find the New Zealand born, Australian native but Korean celebrity Sam Hammington having a fun time playing with his son William while posing for pictures. Many guests had a fun evening challenging their friends to games on the court, as well as on the table tennis setups and other activities.

Australian singer-songwriter and globally respected DJ, Nat Conway, also showed off her abilities by singing a number of her hit songs as well as having a DJ set. Korean artist Lisa Chung performed the national anthem.

The relationship between Australia and Korea remains strong, as displayed by their strong economic and personal links, as well as shared interest. We hope to see more incredible Australia Day events in the future.

Exploring Haeundae: Food and Fun Beyond the Beach

To find more events like this, or to list your own events, check out the 10 Magazine Directory Events page.