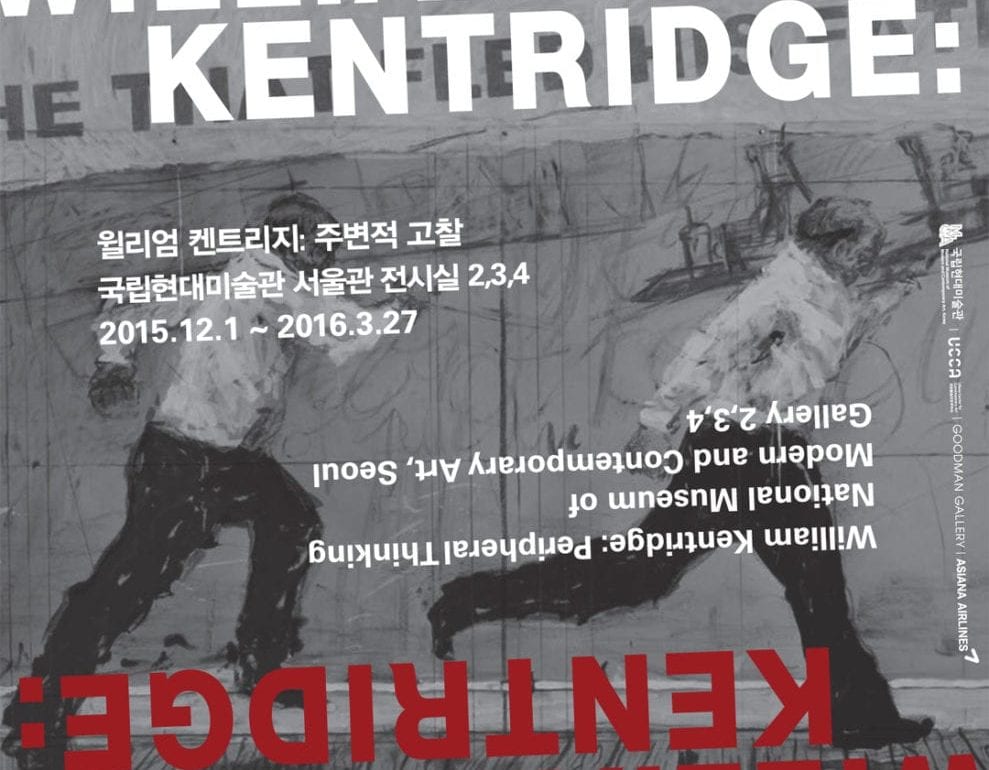 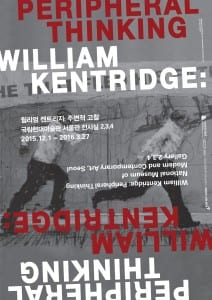 The Seoul branch of the National Museum of Modern and Contemporary Art (MMCA) has been exhibiting “Peripheral Thinking” by William Kentridge, since December 2015. There is an abundance of art pieces, video installations and even music and a model theatre production. To say that this exhibition would not leave one breathless, would be an understatement.

Kentridge’s inspiration and work comes from his point of view during the Apartheid era in South Africa. The term “Apartheid” is a heavy and loaded one that is sure to invoke an emotional response from any South African. Unlike the term, the artworks on display are not as the word implies. “Peripheral Thinking” is the artist’s way of expressing how thought comes from a central point, but then evolves and develops in a non-rational, unexplainable way.

The exhibition space is divided into three sections, with each depicting a different aspect of what South African society was like during and after the Apartheid era through the eyes of the artist. With over 100 pieces of Kentridge’s work on display, time becomes almost irrelevant. Notable art works however, include “All We Know, Nothing is Watching” where the poetry of renowned writer, Ingrid de Kok, is layered over naked trees, forming haunting yet beautiful black and white works of art. “Second Hand Reading”, which is the last piece on display, is the most beautiful and most captivating piece on which to end the exhibition. Here the artist has combined literature, sketching, animation, and music to create an emotional installation. The vocals alone are worth mentioning, but combing every element is what makes this video a standout piece.

“Peripheral Thinking” by William Kentridge ends on March 27, 2016. The MMCA is open Tuesdays through Sundays with tickets priced at W4,000. For more information visit mmca.co.kr.