A Possibly United Korea in the 2018 Pyeongchang Olympics 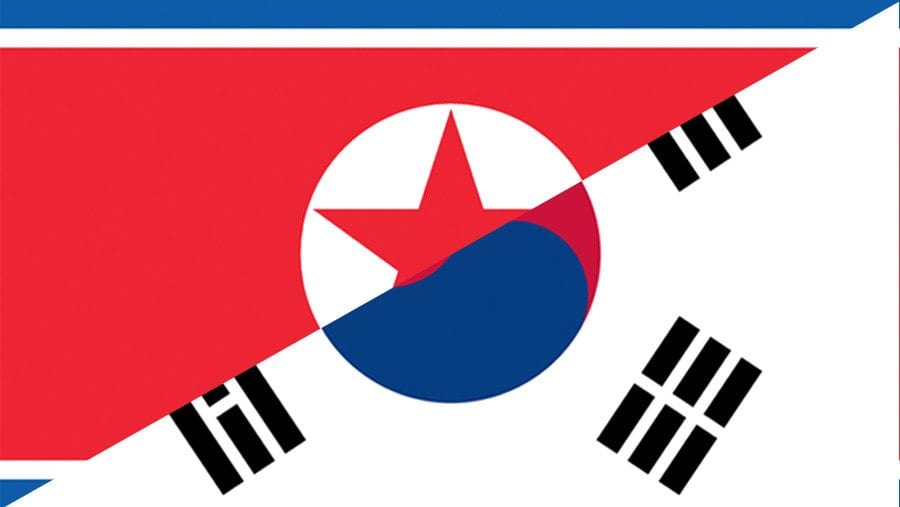 It was a thrilling moment for both the Korean peninsula and the entire world when news broke that the two Koreas would march under the same flag in the coming Pyeongchang Winter Olympics. In celebration of the games, North Korea will be sending down a 230-member Olympic cheerleading squad, famously dubbed an “army of beauties,” 22 Olympic athletes, some of which will be joining the South Korean women’s hockey team, and a former North Korean pop star.

Kim Jong-un announced last week that any hurdles to the unification of the two Koreas will be “smashed,” once North Korean hockey players arrive in Pyeongchang for joint-training practices with their South Korean counterparts. Photos of the practices in media outlets are expected to warm up speculations of a Korean unification. 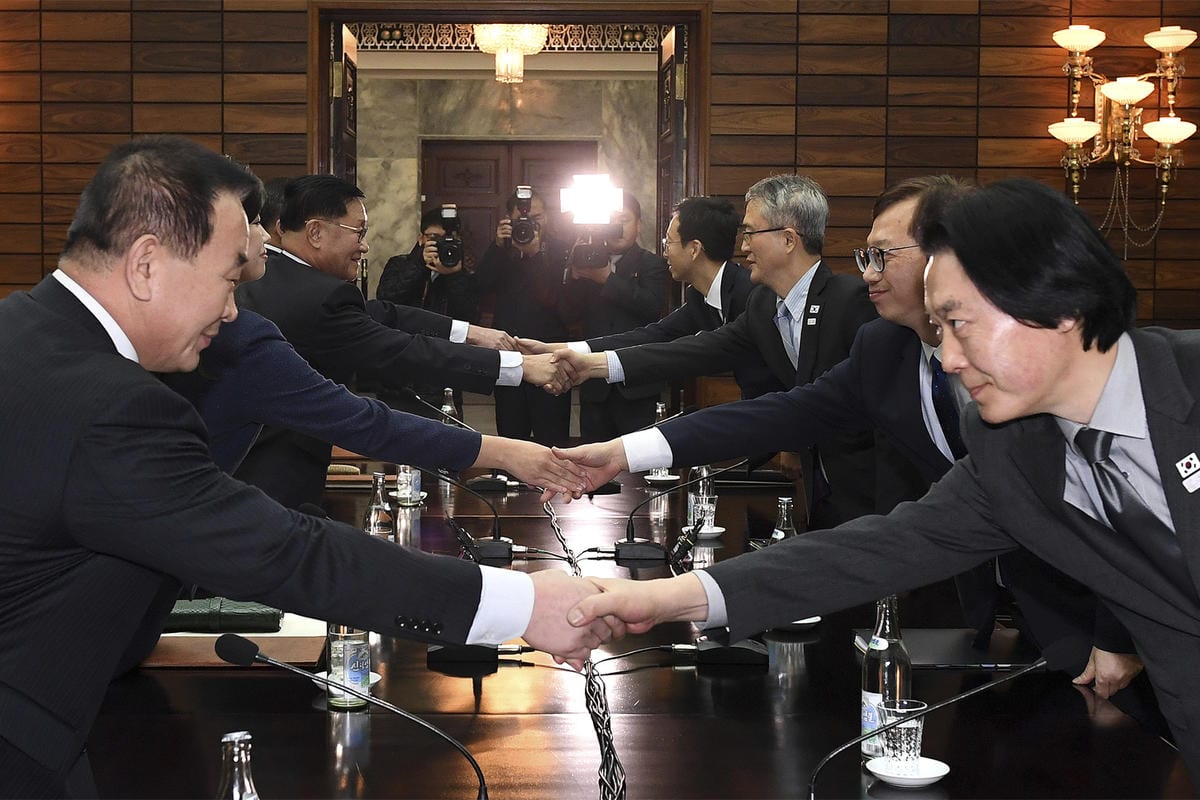 Meanwhile, across the ocean, the president of the United States, famously referred to as a “deranged dotard” by his North Korean counterpart, is rolling out a series of sanctions on the trading companies supplying the North’s weapon production program. Just recently, tensions between North Korea and the U.S. spiked and sent the world to bouts of fear when the leaders of the two countries hurled mean-spirited insults against each other, interactions which eventually escalated to boasts of the size and power of their respective nuclear buttons.

North Korean Leader Kim Jong Un just stated that the “Nuclear Button is on his desk at all times.” Will someone from his depleted and food starved regime please inform him that I too have a Nuclear Button, but it is a much bigger & more powerful one than his, and my Button works!

Whether it is diplomatic showmanship, a genuine beam of hope for world peace or reunion, or a strategic move to steer international attention away from its nuclear development, the unified North-South Korean march signifies a moment of détente on the Korean peninsula. Shortly after the New Year, North Korea reopened its hotline with South Korea, re-establishing regular communication with its Southern kin.

Now, we wait to see how this joint sports effort will pan out and what outcomes it will bring to the two countries that have now been separated for over 70 years.

Pursuing joint sportsmanship between the two countries is not a new phenomenon, however. From the 1988 summer olympics to the 1991 world table tennis championships to the 2000 Sydney Summer Olympics, sports events have a long tradition on the Korean peninsula of uniting the two nations together even if just for a moment. 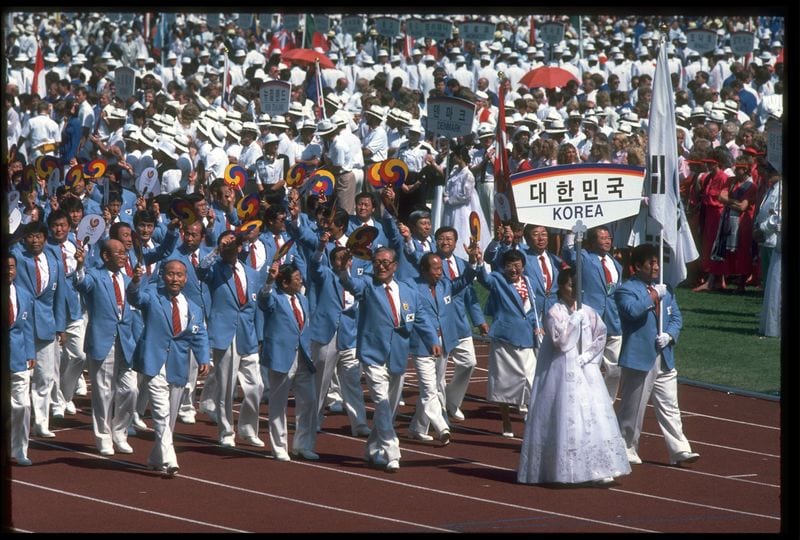 In 1981, Seoul was selected to host the 1988 Summer Olympics. Against the backdrop of the Soviet Union’s blockade on the 1980 Olympics, North Korea briefly considered the possibility of co–hosting the 1988 Olympics with the South. The North made serious proposals of a joint hosting of the 1988 Olympics to the International Olympics Committee (IOC) in 1984 and South Korean and IOC representatives discussed the possibility of an Olympics hosted by both North and South Korea soon afterwards. IOC offered a proposition of allowing at least three sports to take place in Pyongyang. However, talks became more tense as the opening date of the games drew closer.

When no actions were taken to ensure a joint hosting of Olympics even in the few months leading up to the start of the games, North Korea withdrew its proposals with hostility. A couple months after the talks dwindled, agents from the Democratic People’s Republic of Korea (DPRK) sent two agents to place a bomb on Korean Airlines 858 on November 29, 1987, killing all 115 passengers and crew members on board. Many speculated that the bombing was intended to scare off participants in the upcoming games. The blatant terrorist act raised substantial horror as well as criticism internationally. However, South Korea proceeded to host the event as the North continued to boycott.

After the fall of Soviet Union and the end of Cold War, the two Koreas started to warm up to each other again in the 1990s. At this time, there were reports about possible talks between North and South Korean officials concerning the possibility of hosting jointly the 1990 Asian games. However, the actual pursuit to fuse the two camps in a joint team did not consummate until 1991.

After 22 rounds of talks between North and South Korean officials over the span of five months, the two countries finally settled on all terms to field a unified team together for the 1991 World Table Tennis Championships held in Chiba, Japan. It was the first time the two Koreas participated together in the international sports arena after decades of separation. It was also the first time the white and blue Korea Unification Flag (complete with a map of entire peninsula) was used to represent the joint team.

The unified Korean women’s team defeated their mutual, long-term sports enemy, China, and won the Corbillon Cup in the championship game. The victory added exhilaration to the emblematic reunion and revealed that the two camps could not only work as one team, but also achieve great results together.

Riding high on the unifying spirit, in June of the same year the two nations joined together once again to compete under the same flag in the FIFA World Young Championship in Portugal. The joint team made it past the first round but was defeated 1-5 by Brazil during the quarterfinals. 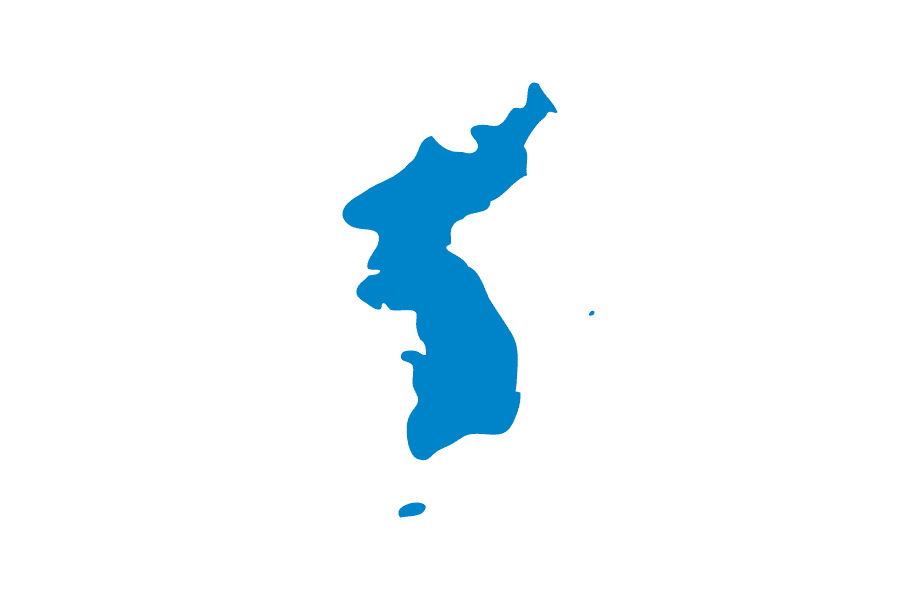 In 1998, Kim Dae-jung became the 8th President of South Korea and initiated a series of policies that favoured improving ties with its Northern neighbor. In 2000, Kim Dae-jung met with the communist leader of DPRK, Kim Jong-il, in 2000 in what are now known as the Pyongyang summit meetings. These meetings were seen as a sign of peace on the Korean peninsula and eventually led to a Nobel Peace Prize for Kim Dae-jung later that year.

This practice ended, however, when the leader of the Grand National Party, Lee Myung-bak, was elected as president in 2008. In the Beijing Olympics of the same year, the two nations declined to march together, and the North Korean team refused to even march in consecutive order with the South. The era of marching together in international games had since halted, and the unification flag remains at rest for almost a decade.

Back to the present, whether this year’s Olympics will open another era of “sunshine” between the two Koreas, at least in sports, remains unknown. Controversies have already risen over whether to unite the two women’s hockey teams for the Olympics, as many deem the North’s team to be unequal to the South’s. The two teams met in April of last year at the World International Ice Hockey Federation (IIHF), where the South defeated the North in a game of 3-0. Supporters of the unified team, however, argue that national reunification should trump team pride or personal honor.

Who knows, collaboration might even bring another gold medal to a unified Korean team, as it did in the ’91 Table Tennis Championship. With all that said, we will have enough to anticipate in the Pyeongchang Olympics coming up in just two weeks.