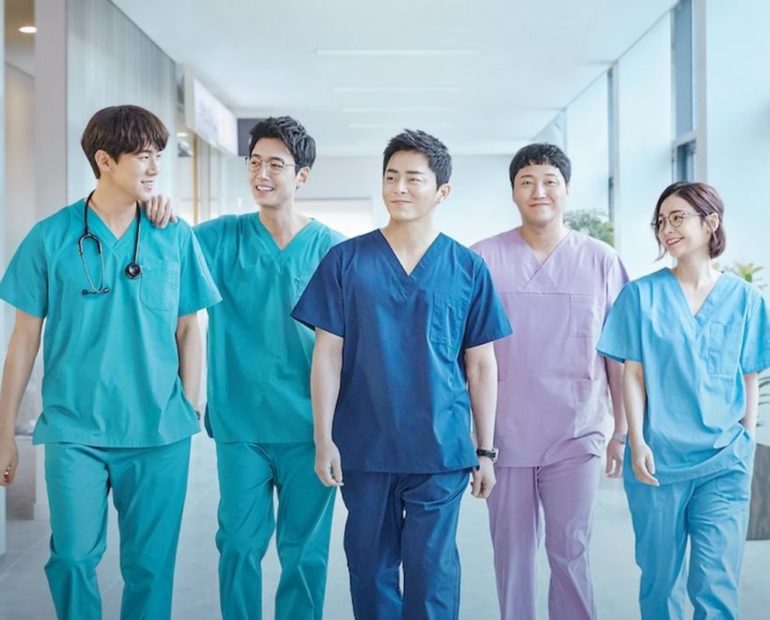 With the coronavirus keeping us all at home, we need some trusted entertainment we can enjoy alone. Beat the boredom and blues of self-quarantine during this social distancing season with these cheery Netflix shows to binge watch!

This K-drama depicts the stories of five extraordinary doctors who are longtime friends now working together. Alongside a cast of nurses and patients, the doctors navigate the unpredictability of life in a hospital.

! Hospital Playlist Season 2 was also released on Netflix in July 2021.

This American fantasy comedy follows four people and their otherworldly frenemy struggle in the afterlife to define what it means to be good. The fourth and final season premiered in September 2019.

This K-drama centers on three friends all aged 30 who are trying to navigate the demanding entertainment industry while juggling love, careers, and dreams. One woman is a drama series writer, the other a documentary director, and the third is the head of a marketing team.

“Brooklyn Nine-Nine,” otherwise known as “B99,” follows brilliant but immature detective Jake Peralta who must learn to follow the rules and be a team player under the authority of a strict police captain. Season seven of the show premiered in February 2020.

Crash Landing on You

This K-drama takes place when a paragliding accident forces a South Korean heiress to make an emergency landing in North Korea. She then finds herself under the care of a military officer now tasked with the responsibility of hiding her.

This British comedy series centers on a high school where insecure Otis uses second-hand knowledge from his sex-therapist mom to deliver sex advice to his peers. He then befriends the rebellious Maeve who proposes they run a school sex-therapy clinic. Season two of the hit show was released in January 2020.

Can you fall in love with an AI holograph? This K-drama is about the events that occur when a lonely woman meets the artificially intelligent “Holo” — a human-like hologram who looks exactly like his prickly creator.

If you’re looking for more new K-dramas to binge watch, have a look at this list of 7 Best Korean Dramas of 2021!