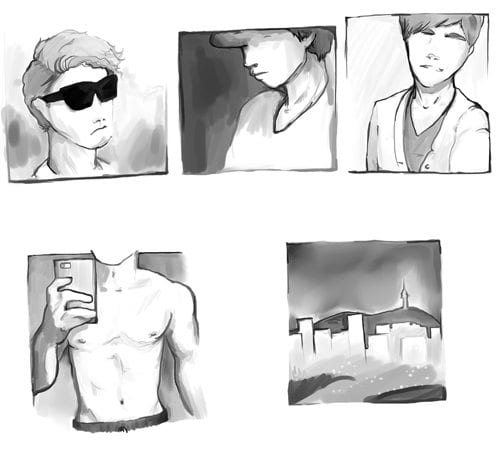 I’d probably find the subject of talking with strangers through location-based smartphone apps a little awkward… were it not for the fact that everyone around me is using them. Literally. The particular app I have tells me so. With one swipe of the screen, I can see tens—even hundreds—of registered users within a 100-meter radius of where I am. For example, I know that my next-door neighbor uses it. I’ve never met her, but the app tells me she likes coffee and watching movies. Last week, I also had the strange experience of finding myself standing completely naked in my gym’s changing room next to the girl the app was telling me was the closest user, listed as “zero” meters away.

Sound strange? It’s not. Smart phone chatting apps are the newest, most popular way to meet new people in certain trendy areas of Seoul. Like Instagram, Foursquare, or even Facebook, these apps are a great way to broadcast yourself—but instead of posting a picture and a comment, you start up a one-on-one chat room with anyone you find interesting.

Once you’ve spent some time on one of these apps, you’ll start to notice a few profile types that pop up often. And if you’re a young woman browsing for a potential date? Watch out for the five guys below.

1. The Model. This is the guy with an amazing main photo, handsome, sun shining, sunglasses… and his next photo is a complete disappointment.

2. The No-Show. The guy with all eight available photo slots filled, not one of which properly shows his face. Dude, you blatantly have a girlfriend. We female chat app users are not stupid.

3. The Self Portraitist. The guy with eight photos, all of which are the same pose/angle/facial expression but just with different clothes. This guy has way too much time on his hands. I am always tempted to advise him to find a hobby.

4. The Bodybuilder. There are the unbelievable number of Zeus-like young men who seem to spend their entire lives semi-clothed and at the gym. Where are all these gyms hiding? Because the one I go to sure isn’t like that…

5. The Faceless One. Lastly, the guy with two photos: one of an expensive car, and one of a city skyline. There is only one conclusion to draw about his identity: he’s an Ajosshi. If I wanted to see cars or some buildings, I would look out the window.

So chatting apps—yay or nay? I’d say yay. They’re a fun way to pass the time on a long subway ride, and are certainly not a bad idea for those of us trying to improve our conversational Korean. Just make sure you’re the only one on it when you go to strip off at the jimjilbang… unless you don’t mind the awkwardness that will ensue when you accidentally make eye contact with another user while in your birthday suit.

|  Words by Rhiannon May, illustrations by Sidney Goulet  |