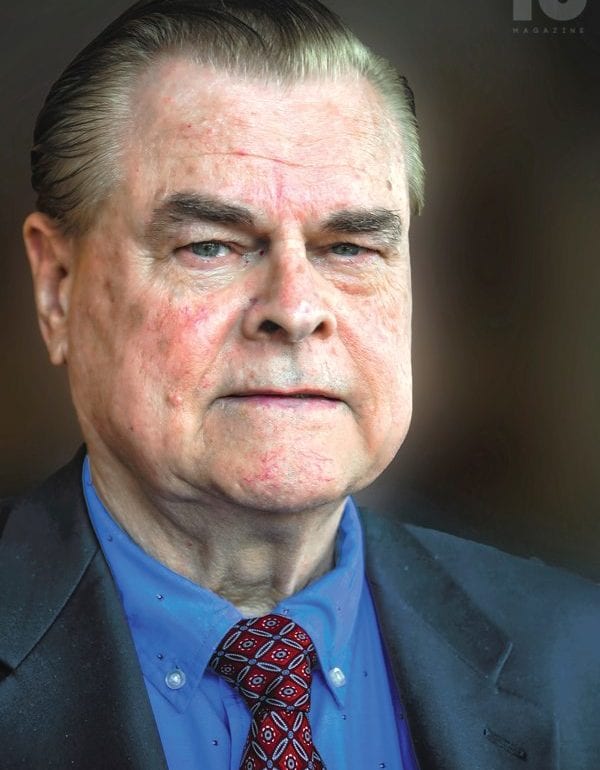 John Nowell has been the unofficial face of USFK (US Forces Korea) in Yongsan/Seoul for decades until his retirement at the end of the last [decade] and concurrent deactivation of AFKN TV/Radio, other than the four-star USFK commander himself. He was Community Relations Officer (CRO) and Public Affairs Officer (PAO) for the USFK Yongsan headquarters command, arguably the most prominent public roles any civilian could have in showcasing the US military to audiences everywhere in greater Seoul. He appeared regularly on AFKN TV and radio. For reasons of the all-powerful digital and social media revolution, there will never again be anybody like him. End of an era. Nowell now works for Lawry’s was referred by a local headhunter office in consideration for a sales position. However, after a formal interview, he was offered the General Manager’s job and accepted. He’ll undergo training at Lawry’s The Prime Rib restaurant in Beverly Hills, California as well as at their restaurant in Las Vegas this summer.

He still plays a pivotal role in People-to-People International, the influential organization he helped found, here on the peninsula.
1. Where are you from in the US and do you ever expect to retire there?

I call Anaheim [California] my home. I enjoy living in Korea and will likely live out my life here.
2. Where and what’s it like where you live now?
I live in Yongin [City] south of Seoul, where it is still somewhat laid-back from the faster-paced life in Seoul.
3. When and what was your first reaction upon arriving in Korea and would you change anything if you could?

I was appalled that my government would send me (a 22-year-old soldier) to what looked like a godforsaken place on Earth in January 1965. But my life was forever changed as a result of some higher plan for me being sent to Korea, and I wouldn’t change a thing.
4. What foreign influence/event do you think has had the biggest impact upon Korea in recent history?

Being forced to accommodate foreign occupation. Korean leadership fought hard to keep foreigners out. But once open to foreign influence, the genie jumped out of the bottle. Korea is now on an upward trajectory propelled by its people’s never-ending appetite for new and better living standards. Who would’ve thought that a nation, no bigger than Indiana, totally destroyed by war, would come back to life, not with a whimper, but with a ROAR!
5. What was the most important thing you ever did as PAO or CRO?
Applying for and being accepted as PAO for the US Army at Yongsan. I thought I was very knowledgeable. How little I actually knew, until I began wearing the shoes of the PAO. I was a know-it-all, until I began my re-education upon sitting in the PAO chair. But the Number One thing I did as a US government employee was becoming a member of the Chunchon Chapter, People-to-People International in July 1966. But this one step early in my career with the Army resulted in my career path into the Public Affairs field which I didn’t particularly seek.
6. What was your least favorite CRO/PAO job-related duty?
Being the Systems Operator for the Wang Computer that supported 33 dumb terminals for the United Nations Command/USFK/Eighth US Army PAO from 1989 until 1993.
7. What do you see as the future for the military PAO and CRO?
Upgrading all systems to a digital medium on ipads and smart phones and doing away with hardcopy print publications like newspapers and magazines. And being proactive as much as possible regarding the digital wave of the Internet, YouTube, Facebook, Twitter, and all social media now being the mode of communications around the globe.
8. How has the digital and social media revolution impacted the role of today’s typical PAO?
It has totally taken over as the means of communications and PAOs must be more alert and immediately responsive to these demands.
9. Currently what are your responsibilities as Seoul Grand Ambassador Hotel’s Sales Consultant?

I’m the face of the hotel for all USFK-related personnel looking for accommodations or banqueting services in Seoul. We receive guests from around the world, booking rooms at our hotel to attend USFK-hosted conferences, US military exercises, as well as banqueting services for in-country activities and events.
10. What was your guiding role as one of the founders of Korea People-to-People International (PTPI)  and what’s your vision for the future?

The key role I played was persuading and drafting speeches for Lieutenant General William R. Peers to be keynote speaker at a majority of the 20 inaugurations of PTPI chapters throughout the peninsula (1972-1973). The future is bright for PTPI Korea as they plan for the erection of an Eisenhower Monument in Chunchon next year with renewed emphasis for another 50 years of the PTPI movement expansion with the establishment of more adult and student chapters in Korea. If President Park Geun-hye ignites reunification of the peninsula, I see PTPI Korea expanding new chapters in North Korea. Now that would be a “Jackpot”!